Super Hexagon is getting a big overhaul available in Beta now

Super Hexagon Neo is the upcoming big upgrade for Super Hexagon from Terry Cavanagh, originally released in 2012 it's remained a rather popular title. Currently with an Overwhelmingly Positive rating on Steam from over sixteen thousand users, it's probably worth a look if you've still never played it.

With simple looks and devilish difficulty, Super Hexagon has a simple idea: you control a tiny little triangle, and various hexagons come at you quickly from the screen edges and you need to avoid getting trapped. That's pretty much it but it really is good.

Super Hexagon Neo will bring with it:

On the technical side of things it's now using SDL, FNA3D and FAudio. Together it means better window management (like a resizable window finally), better controller support and many other smaller tech improvements behind the scenes to just keep it running nicely across various platforms. More on all that here.

Part 2 will be a major update but it sounds like it is still some time away. 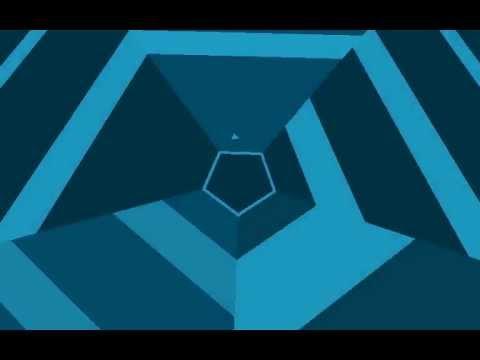 To test it right now you can opt into the Beta on Steam named "neo-update". Right click on the game in your Steam Library, go to Betas and just pick that from the dropdown. It will come to other stores when ready.

You can buy it in many places like Humble Store, Steam, itch.io and GOG.

Chuckaluphagus 16 May
I am terrible at this game, and it is such a good game. I've never made it more than about 75 seconds, and I still keep it installed on my computers and phones.

Also, the soundtrack is by Chipzel, and her work is awesome.
7 Likes, Who?

Well, it doesn't look like "Part 2" means a second game:

The Neo update is being developed in parallel with a major update that's been deployed to Android and is in progress for iOS/tvOS and the Mac App Store - they're currently two separate branches, with the long-term goal being to merge them into a single, "final" version of the game. The idea is that the features that were a priority for mobile will eventually be folded into PC, and vice versa. Some of the mobile features include high-framerate support, robust touch support, and a new text engine that supports localized text! Part 2 doesn't have any deadline so it will be a while before that releases, but it seemed important to get all the other changes out and available for PC since the bit-rot was starting to set in and players were in some cases completely unable to play the game at all."
4 Likes, Who?

I love Super Hexagon but I'm really bad at it. I've had it for years but never beaten the "Hexagon" level.
0 Likes
anokasion 17 May

View PC info
I liked the first game and played often, but the difficulty curve have sold more copies if there were 2 or 3 easier levels, I'm not saying an easy mode.

I'm on MX Linux Debian based, changed to the beta, found no difference so far? did something wrong?
0 Likes

View PC info
Wow, I love this game. Actually I saw it first on the C64. And that is where I played it most. Check out https://rgcddev.itch.io/micro-hexagon
0 Likes
While you're here, please consider supporting GamingOnLinux on: