From the developer of while True: learn() and Learning Factory comes yet another game with programming. Craftomation 101 brings together elements of a survival game, crafting and automation.

The idea is to help teach visual programming in a fun way, letting you tell robots what to do while helping them to survive on a frozen planet. Your mission is to make the planet habitable so you need to build up resources, make tools, melt ice, plant trees and produce oxygen. You could do it yourself, but with an army of programmable robots, why not get them to do it? 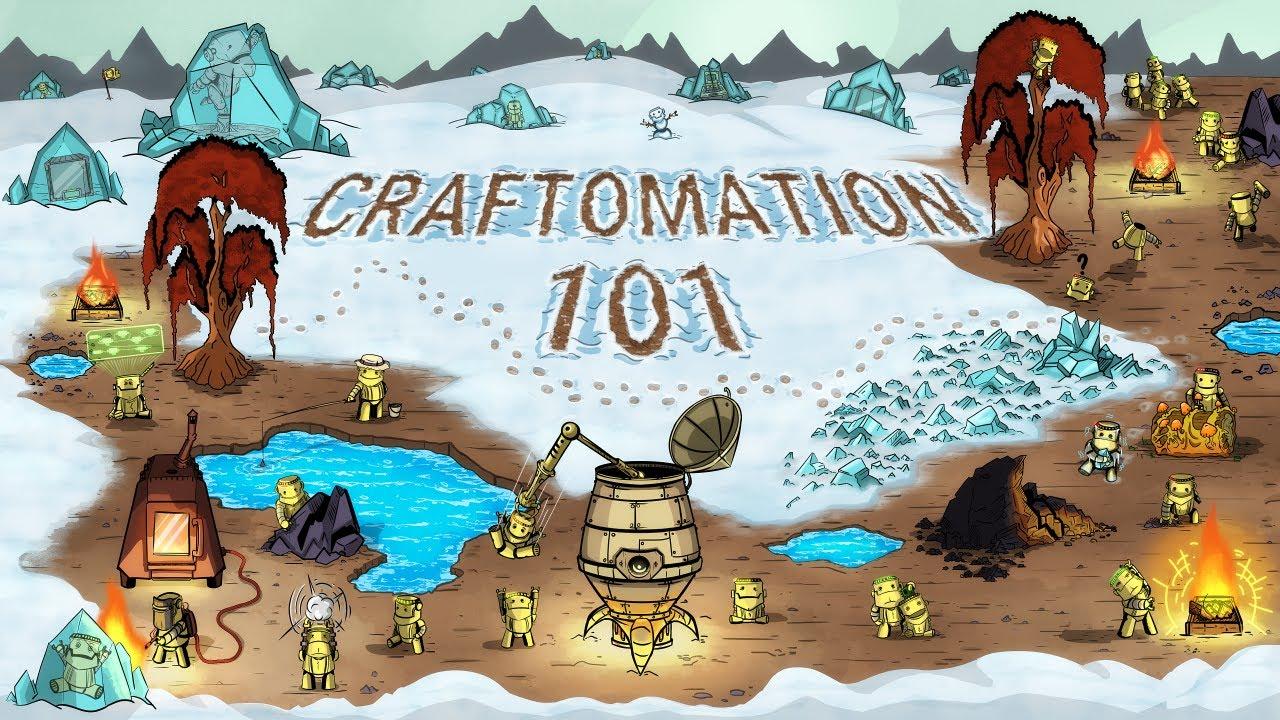 Writing in an email, the developer explained how the idea came about:

Technically, it all started when one of us (not me) tried to create a piece of javascript to try all the craft combinations in one really nice web game. But it’s too silly to be the reason for creating a whole game (okay it was me and I was kinda close to succeeding with this javascript).

The other piece of this puzzle was in a huge spreadsheet with feedback from players of our previous game while True: learn(). A lot of players asked us to add more “real programming” in our next games.

Another thing we were inspired by was an amazing article Artificial Living Plants by Edward F. Moore (1956). It was dedicated to using self-replicating machines for resource mining and production (not just on Earth, but on other planets as well). Additionally I was shocked by the idea of Freeman Dyson who proposed using self-replicating machines to deliver ice from Enceladus to Mars to help with terraforming.

It all lead us to brainstorming: what kind of game could encompass all those amazing concepts, while showcasing programming as a really useful tool for automating various systems, small or huge?

To be honest, “self-replicating programmable robots used for terraforming” sounds really charming, inspiring, and awesome to us. We simply had to try and make this concept into something playable!

The work began in early 2021, as our artist Alex started making sketches, while Dima and Ivan were getting familiar with the Defold game engine (read below) and how it works with Spine animations.

But the real push for us was Ludum Dare 48, which happened in April '21. This online event suggests participants to develop their games in 48 or 72 hours sprints, and we at Luden.io have a long lasting tradition of participating in it.

After a short brainstorm, we decided to make a game about mining resources and investing them into something - something cool, like building a rocket! So we’ve piled up some premade art assets, ideas that could be implemented in a short period of time, and a lot of coffee - and made it into a prototype.

That was a glitchy, but fun little game. After reading 30+ cheerful comments with tons of kind words and meaningful feedback, we thought that the concept was worth working on.

You can wishlist / follow on Steam and try it in your browser right now.

denyasis 6 Jun
View PC info
This looks very cute. Might be worth checking out for the kids
0 Likes
While you're here, please consider supporting GamingOnLinux on: