The million-selling indie game Escape Simulator has expanded with a new Steampunk DLC now available to give you a lot more to play with.

Adding what they say is an additional at least 3-4 hours play-time, it gives four new rooms to think your way through on a steampunk airship that you need to fix up and escape "before it's too late". On top of that the Room Editor 2.0 update is out further expanding what you can create and share with the community. The new steampunk assets for the editor are available free for everyone along with upgrades to lighting tools, a model importer, LUA scripting, post-processing effects and more. There's already thousands of community rooms in the Steam Workshop. 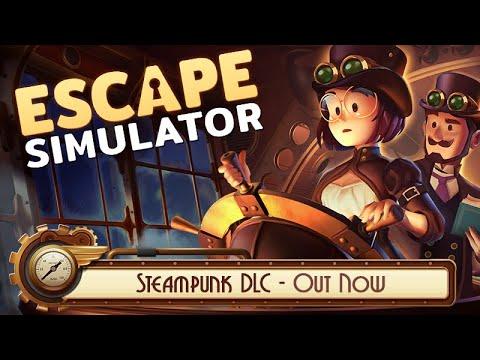