A little castle building and AI conquering on the go? Kingdoms and Castles already worked great on Linux with the Native version and now it should be great on the Steam Deck too. Only recently they put out a huge update to the game with AI Kingdoms too.

The developer said they "worked hard to implement intuitive gamepad controls that make it easy to build and manage your kingdom and we've tweaked the UI to work well for the Deck's screen size". It won't mess with anyone using a mouse so no worries there but it also means on PC overall you get gamepad support if you want it. You just need to tick Console Controls in the options (default on Deck).

Here's a short demo of it: 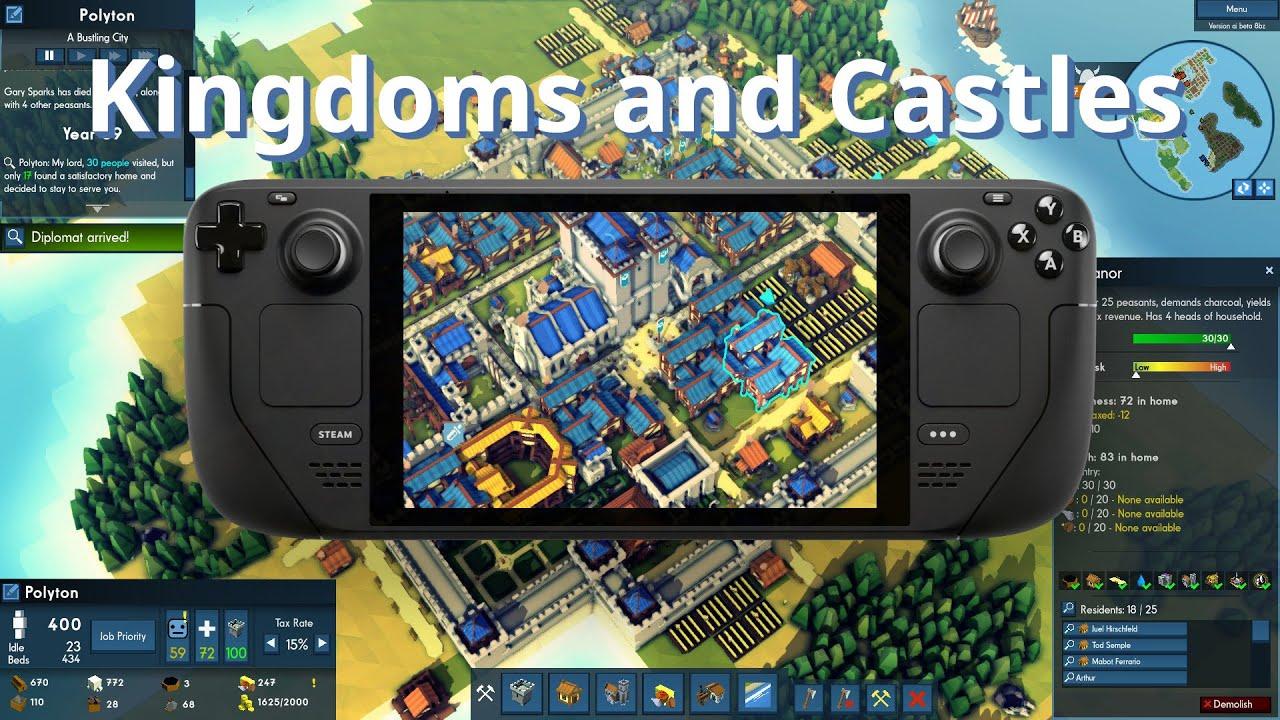 Additionally they've teased these are coming next for the game:

View PC info
Nice to hear. Another timesink, yay. :D
I wonder about the VR version. I have no idea how you would play such a kind of game in VR, but I'm eager to find it out.
0 Likes
Purple Library Guy 28 Jun

Quoting: KROMNice to hear. Another timesink, yay. :D
I wonder about the VR version. I have no idea how you would play such a kind of game in VR, but I'm eager to find it out.

Wouldn't you crush buildings as you walked around deciding what to build?

Quoting: hardpenguinAlways impressed by continuous updates for this game

Agreed. Remarkably they have done so in a way that hasn't ruined earlier ways to play.
0 Likes
While you're here, please consider supporting GamingOnLinux on: