Bottles is a thoroughly great application for managing Windows applications and games on Linux. It's fast moving and a new release is out with their new default runner called Soda, which is based on Valve's fork of Wine and Proton patches.

The problem was their previous runner called Caffe was based directly on Wine and moved with its updates. Given how often Wine updates, it introduced plenty of regressions so this is their attempt to provide a more stable experience. Soda actually takes Valve's Wine fork, Proton patches and updates from TKG and GE too. So it's a big mixture of things that should hopefully make running games with Bottles easier. As for the name Soda, they say "we think it will be a sparkling experience".

A new experimental feature added with this release is sandboxing per-Bottle. The idea is to restrict the environment and hopefully be more secure and stable with it using flatpak-spawn when Bottles is installed as Flatpak and bubblewrap for all other formats.

There's also a new UI for installers that looks a lot cleaner and clearer: 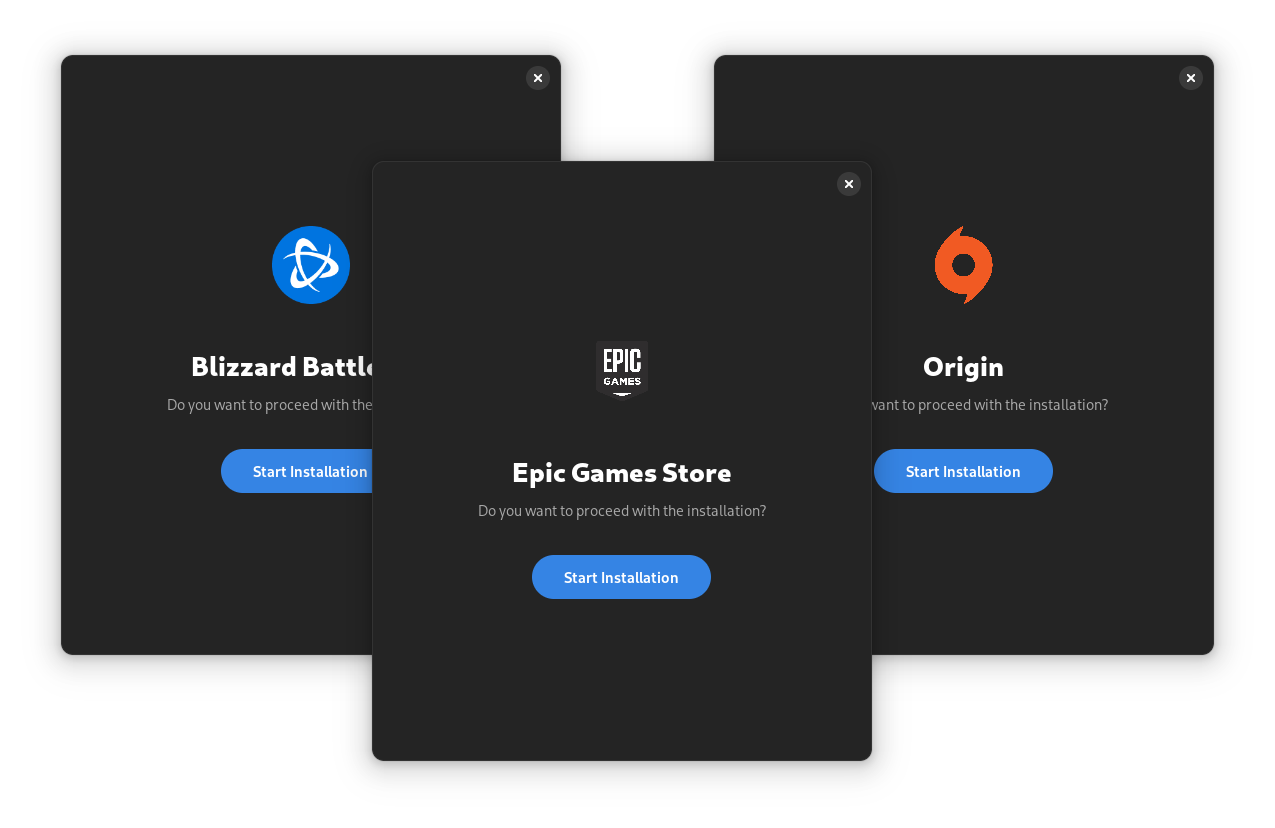 You also get a nice status bar along with info on what it's actually doing when setting up these apps.

More integrations have arrived with support for the Ubisoft Connect launcher. If you turn it on, it will list games you have installed directly in the Bottles application. They also worked to continue to improve the Library view, performance improvements, various fixes, improvements to the Epic Store integration which they say can now use "using Cloud Sync and Anti cheat", improved translations and so on.

View PC info
Is someone who uses Wine called a winer?
5 Likes, Who?

View PC info
After I built my new rig and reinstalled everything a month ago, I swapped to Bottles for all my non-Steam WINE needs. Nothing but smooth sailing so far. Love the UI, and the features just keep getting better.
6 Likes, Who?

Quoting: TheSHEEEPIs someone who uses Wine called a winer?

If that's true them I'm a proud WINEr.

View PC info
I first used bottles two days ago because i needed a way to use that Origin abomination properly contained (due to Mass Effect being free on prime gaming, that was an offer i couldn't resist ^^) and this seems to be by far the easiest route to sandbox wine applications.
And i must say i was pleasantly surprised by the experience. Given, you don't have as much (easily accessible) granular control as in, say Lutris, but admittedly that's not needed nearly as often as it was a few years back anyway.
0 Likes

Quoting: TheSHEEEPIs someone who uses Wine called a winer?

Winner? (notice my username)
1 Likes, Who?

View PC info
Yay! Maybe I can get something running with this version --- I had zero success running anything on the last stable version of (Cafe) Bottles. Most of the time it just hung, its last words, "Configuring bottles," before it did its best impression of a stone and just sat there. After a couple of hours of poking around with its various buttons, dials, and switches, I never got a game going, and I moved on to the business of living my life.

I'm pretty sure it's just my own ignorance about Wine. I was never very good using Wine and now it's been years since I last used Wine for anything. I mean, at least since before Proton made the scene.

Nevertheless, I remain ever hopeful that programs like Bottles, or Heroic, or --- well, even Lutris I suppose, (big tangled ball of barbed wire that it is to me) --- may one day make running non-Steam Windows games easier for me than firing up my old Win 7 box. I haven't used it since Proton came out, either.

Lutris also still does not have a snap or a flatpak package and the installation can be cumbersome in some cases. Lutris is also quite confusing at times. SO many moving parts!
1 Likes, Who?

Quoting: Perkeleen_VittupääNever tried it but looks pleasant! I wonder if this makes Lutris more irrelevant

I think they do somewhat different things.

Although I'd also say that for most people using Lutris, Bottles could be a easier-to-use replacement.
1 Likes, Who?
Purple Library Guy 14 Jul

Quoting: Perkeleen_VittupääNever tried it but looks pleasant! I wonder if this makes Lutris more irrelevant

I think they do somewhat different things.

Although I'd also say that for most people using Lutris, Bottles could be a easier-to-use replacement.

Anyway, aren't they collaborating or something? Like, Lutris starting to use Bottles for things? Or was that Heroic?
0 Likes
1/2»
While you're here, please consider supporting GamingOnLinux on: