Ready for more beat 'em up action? Pulling No Punches from developer BrainDead Broccoli is confirmed to be launching on August 10 along with Native Linux support.

"The game follows the fictional story of a global pandemic that engulfed the world and is being ignored by fanatics who do not believe that the disease is real. It is up to the main characters, 4 common citizens adequately protected with gloves and masks, to deal with these fanatics and solve the situation with the force of their own fists."

To get an idea of the gameplay you can see the below trailer: 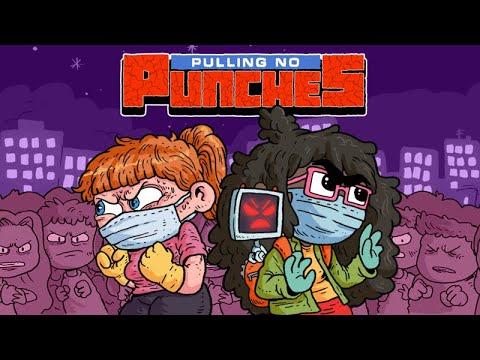 They do have a release date trailer that's a bit newer, but due to age-restrictions you can only view it on YouTube directly. It's been in development for 2 years now and the release follows a crowdfunding campaign on the Brazillion platform Catarse where they pulled in around £8,194 (around $9,816) some time ago. At release they said it will be available for $9.90.

You'll be able to buy it on the Steam store and there's a demo available.

We do often include affiliate links to earn us some pennies. We are currently affiliated with GOG and Humble Store. See more here.
About the author - Liam Dawe
I am the owner of GamingOnLinux. After discovering Linux back in the days of Mandrake in 2003, I constantly came back to check on the progress of Linux until Ubuntu appeared on the scene and it helped me to really love it. You can reach me easily by emailing GamingOnLinux directly.
See more from me
Some you may have missed, popular articles from the last month:
5 comments
Purple Library Guy 20 Jul
Well, it's nice that the premise is so far out. Some games have premises that are thinly disguised political takes on real events, but clearly not this one. Nope.

Is that Bolsonaro at the end of the trailer? Chuckle...
0 Likes

View PC info
If you have a problem with no sound playing, try using Proton experimental, it solved the issue for me
0 Likes

Nah, I wouldn't pay money to pretend I'm beating up anti-vaxers.
0 Likes
While you're here, please consider supporting GamingOnLinux on: