A small but interesting Steam Deck update available in Beta and Preview, which you can try out right now.  To try it out hit the Steam button, got to Settings > System and change the Steam Update Channel to either Beta or Preview. You can revert it to Stable any time.

I went to test out the new Configurator in desktop mode, but all I'm still seeing (using Preview) is the original Big Picture styled configurator so I'm not entirely clear where Valve has actually changed that or if it's just not working as they expect. Beta / Preview for a reason after all. Updated: it doesn't use the new configurator for the main Steam controller settings, but it does work for games directly. 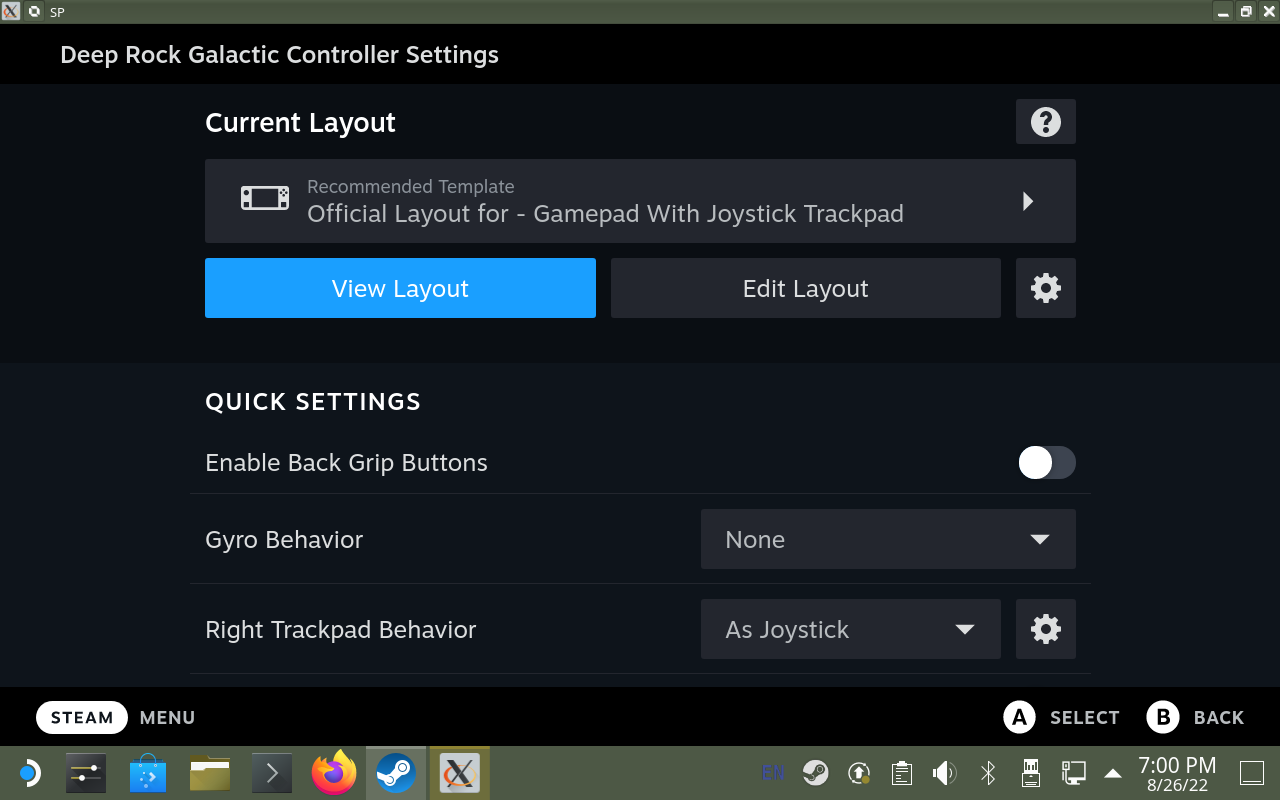 QuoteReplaced the Big Picture configurator in desktop mode with a windowed view of the new Configurator. This currently only applies to desktop mode on Steam Deck.

not sure if that's a good idea. AFAIK, some creators used it to use features not currently present in the new configurator (e.g. icons?)
1 Likes, Who?

View PC info
The Steam Deck is the coolest piece of hardware I've ever owned. Keep it up, Valve.
2 Likes, Who?

View PC info
They do this, a few days after I struggled with the old UI to finally get my Desktop controls just right and to my liking.. my luck right there.