Want to see what could have been? Valve developer Pierre-Loup Griffais has revealed some working prototype units and they look pretty interesting.

Writing on Twitter, Griffais mentioned "As part of the Asia launch press event, we made the design lab into a showroom of development history. My favorite are the playable prototypes: bootable Deck family tree from mid-2019 to now, from a couple of hand-built units onto gradual mass production." 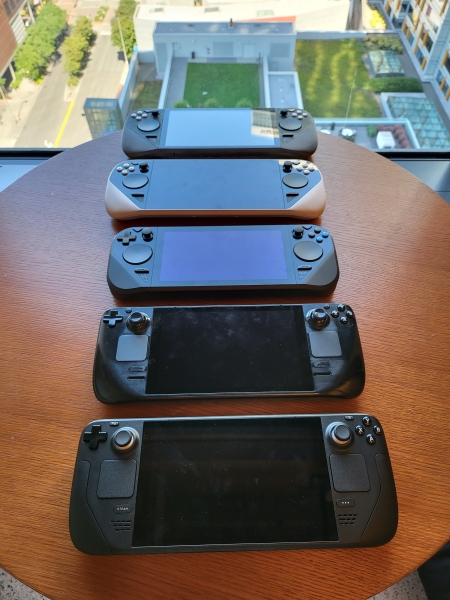 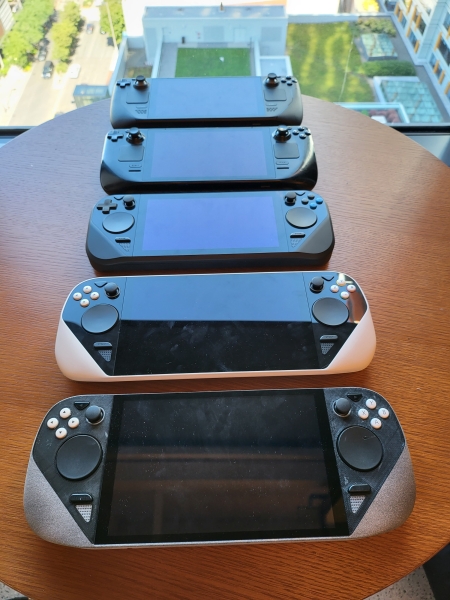 Must admit, the one with white corners does look pretty sweet. Fun to see the iteration they did on the design here but I think overall we got the best of it in the released model.

In a follow-up post, Griffais mentioned "The best part is that they (mostly) all still boot, serving as an exciting reminder of how far things have come since.

This one has a Picasso APU, at about half of the GPU power of the final Deck. The flatter ergo was an interesting experiment and taught us a ton about comfort."

That post also came with a short video to show one of the older devices working:

On top of that, the official OnDeck Twitter account has also been showing off a massive Steam Deck for the Tokyo Games Show and it looks pretty fun.

I'd love to get my hands on these!

Quoting: BlackBloodRumI'd love to get my hands on these!

I also want me some hipster prototype Steam Deck!!!
1 Likes, Who?

View PC info
I love my Steam Controller, and I miss its round touchpads on the Deck (specially for the touch menu functionality).

But having a dedicated DPAD was definitely an improvement so not complaining.
2 Likes, Who?

View PC info
These iterations are very interesting to see. I also enjoyed looking at all the prototypes they've shown when the Steam Controller released.
0 Likes

View PC info
Personally I prefer the look of the one we got, but I love seeing all these prototypes to see how we got there.

It's interesting to see that the Steam and Ellipsis buttons were once raised, given their current form is one of the few complaints I've seen about the Deck.
1 Likes, Who?

View PC info
Some of these put me in mind of the Sega Game Gear and the Atari Lynx. Amazing to think that the Steam Deck is worlds more powerful and manages more playtime than was possible back when AA batteries (six each for just a couple of hours, in the case of the Game Gear and Lynx) were still the best option for portable devices!

Quoting: PhiladelphusPersonally I prefer the look of the one we got, but I love seeing all these prototypes to see how we got there.

It's definitely neat to see the thought-processes that went into shaping the final product in action, so to speak.

sarmad 13 Sep
View PC info
The final product is nicer looking than these in my opinion, though these aren't bad either.
2 Likes, Who?
TheRiddick 14 Sep

View PC info
You know what would be cool, is if the steamdeck had removable controller sides. That be cool, probably patented however... such is the world we live in.

Quoting: BlackBloodRumI'd love to get my hands on these!

I also want me some hipster prototype Steam Deck!!!