Pigeons, they can be a menace flying around pooping everywhere and this developer decided to make a game styled like Vampire Survivors about it. It's called "Don't Shit On My #!$@& Roof" and I don't think it needs much in the way of an explanation does it? Your clearly angry about the Pigeons and so you're taking matters into your own hands.

The gameplay is very much Vampire Survivors, a horde shooter where you don't directly control the weapons. Here you do actually aim some of them though, so it's a little more like a twin-stick shooter but with automatic weapon firing. When you level up you get to pick new abilities, and continue surviving against the flock of Pigeons for as long as you can.

As low-budget as it looks, just like all the others, it still has that comedy element here that might set it apart. I'll be giving it a go I think. 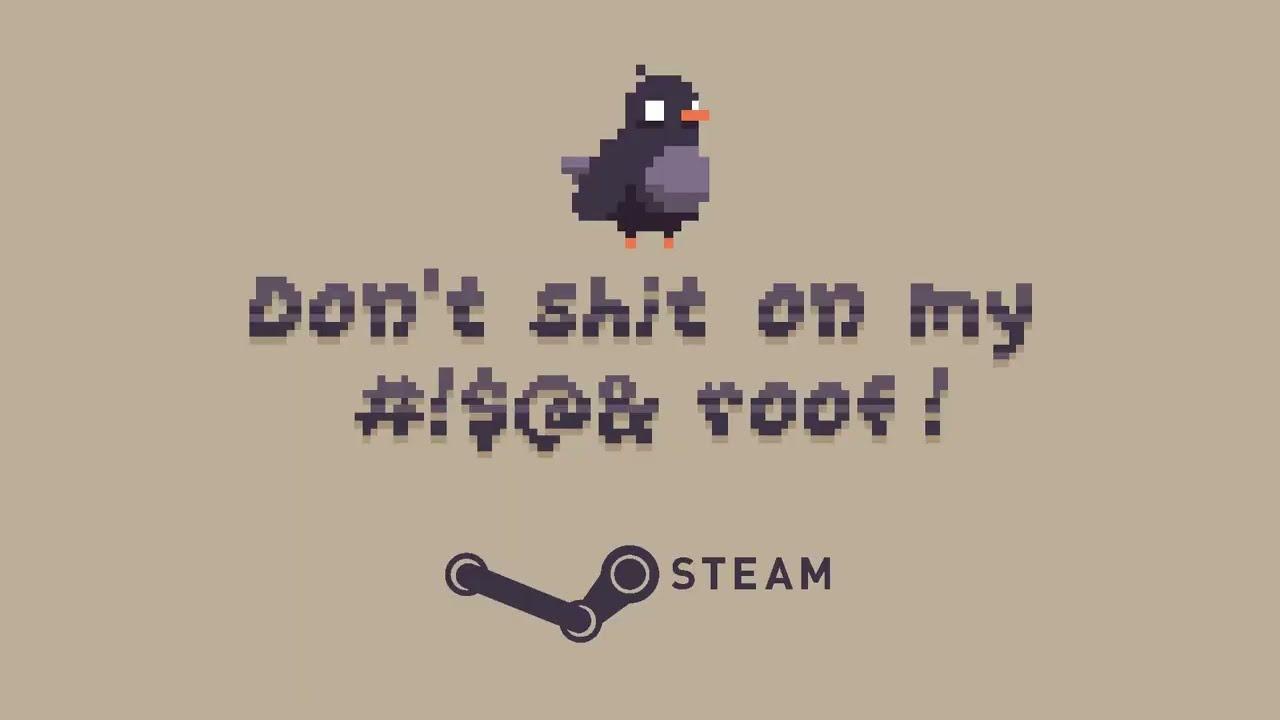 You can follow it on Steam. It will release into Early Access with Native Linux support on September 27th.

View PC info
You could say that...... *puts on glasses*....... Sounds like a load of shit....... CSI:MIAMI Intro
1 Likes, Who?
Purple Library Guy 13 Sep
I wouldn't think pigeons really deserve quite such a doom-laden soundtrack. Seagulls, now . . . my wife has, not once, but twice, had a delicious doughnut ripped from her hands by a thieving seagull that dove from above and behind. Feathered marauders, they are.
2 Likes, Who?

Liam Dawe 13 Sep
View PC info
Seagulls are the true enemy of the people, I agree.
3 Likes, Who?

View PC info
Are we all forgetting how evil geese are, too? I mean, they already made a whole game about that!
4 Likes, Who?

Quoting: Liam DaweSeagulls are the true enemy of the people, I agree.

I once had a seagull sh*t on my fish and chips. I hadn't even taken a bite!
3 Likes, Who?

Quoting: Liam DaweSeagulls are the true enemy of the people, I agree.

I once had a seagull sh*t on my fish and chips. I hadn't even taken a bite!

😂 😂 I had one only recently jump on my back and try to take my burger, it was not happening, I kicked its ass.
4 Likes, Who?
Purple Library Guy 14 Sep
What amazed me about the second doughnut heist was, on one hand, the seagulls were sort of working together--my wife was wary of having her doughnut snatched, but one group attracted her attention flying low and looking interested while another gull went in for the snatch. But as soon as it hit the ground and all the other seagulls mobbed it wanting a bit, it frantically swallowed the entire doughnut whole so as not to have to share a crumb. Looked kind of impressive going down, but I was thinking what selfish little varmints--wolves would share the kill.

Such a pity--best doughnuts in town.
3 Likes, Who?
While you're here, please consider supporting GamingOnLinux on: