Update 5/10/22: in a later Beta update, Valve changed the folders for custom videos so it's now:

If you don't have .steam for whatever reason it's:

You still need to make the extra folders yourself.

Valve just released a fresh Beta update for the Steam Deck, as they loved seeing all the custom boot screens so much they've now made it officially supported. This is currently available in the Beta and Preview channels you can swap over to by going into Settings > System > Steam Update Channel.

Yes, that's right, a hardware vendor just changed their software to let you officially override their bootup and suspend animations. What a time to be alive. Covered by me with a guide before, it's now easier than ever and with less steps needed.

It's been great to see all the community activity around custom boot videos, so we made a couple updates to make this a bit easier to do. The new folder location below will be a safer place to save your video files, and they won't be wiped with every Steam update.

Resolution: applies to Preview Channel only

So really all you need to do is make the folder "overrides" and inside it a folder "movies" so it ends up as:

Then put your custom movie files in that match the names of what Valve use. Then it's done and in my own testing it does work. I especially like the handheld history animation from Redditor TareXmd shown in the below quick video: 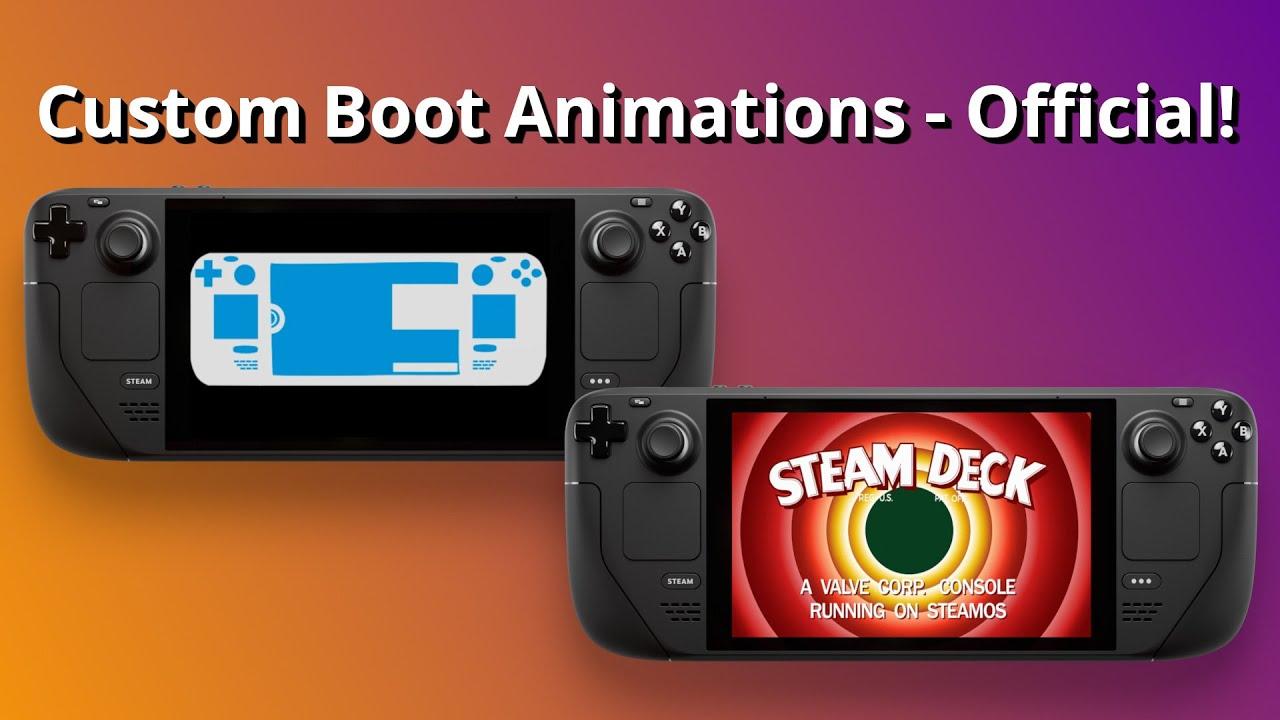 You can find many more boot videos on the SteamDeckBootVids Reddit.

elmapul 4 Oct
View PC info
steam deck is each day closer and closer to what i expected from android phones when they were new.
i'm so disapointed with android, and hopefully story wont repat itselft this time, it dont seems like it will.
now i just need an way to put an symcard on it and kiss my phone goodbye.
7 Likes, Who?

elmapul 4 Oct
View PC info
what happens if we put an 1 hour long animation? it take forever to boot? lol
2 Likes, Who?

Can we get something like this for the achievement-sound next?
1 Likes, Who?

View PC info
It'd be very cool if in the steam shop where one can buy wallpapers, etc, there would be a section for boot videos too. Integrated with the system, so we don't need to go into desktop mode to do it.
6 Likes, Who?

That's awesome. I was just playing Fez the other day and saw the Polytron POST screen bootup animation and thought it would be great as a steam deck boot video. I'll have to do that once the feature leaves beta.
1 Likes, Who?

View PC info
very cool! I'll wait for the stable release .. by then I'm sure I'll have a good selection of animations to choose from
1 Likes, Who?

View PC info
It's as if they are creating device ecosystem that they want / enjoy themselves but also making it available to others in the process.