Here's how to play Overwatch 2 on Steam Deck / Linux

While you might struggle to get in due to ongoing server issues, Overwatch 2 is out now free to play and it can run quite nicely on Steam Deck and Linux desktop. Here's how to get Overwatch 2 installed and running. Since it's not available officially for Linux, we're going to be using the Wine compatibility layer for this, along with help from the Bottles app.

First up is the video guide which walks through each step, plus some gameplay: 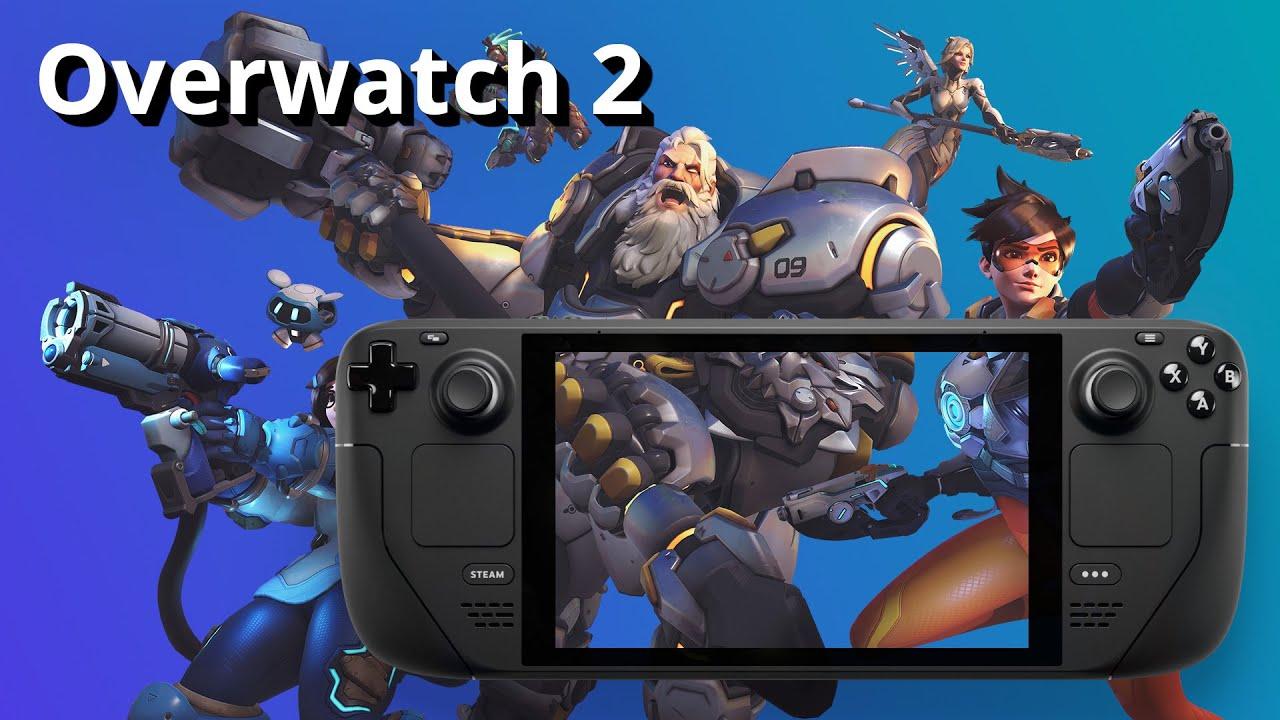 That's pretty much all there is to it. Performance will be really quite bad until the shaders compile though, just be patient with it and after a good while it will sort itself out quite nicely. I wouldn't recommend doing any Ranked gameplay until you've put a good few hours into each map so a lot of the shaders will be sorted.

About the author - Liam Dawe
I am the owner of GamingOnLinux. After discovering Linux back in the days of Mandrake in 2003, I constantly came back to check on the progress of Linux until Ubuntu appeared on the scene and it helped me to really love it. You can reach me easily by emailing GamingOnLinux directly.
See more from me
Some you may have missed, popular articles from the last month:
9 comments
mr-victory 5 Oct
View PC info
So create wineprefix, install launcher, install game, done. That simple. Wow.
Hopefully the shader cache issues will be resolved as graphics pipeline library extensions make it to the stable drivers.
0 Likes

Ludological 5 Oct
Reminds me when I was trying to move over to Linux. I was big in to Heroes of the Storm at the time, and it was unplayable due to the shader caching. The game always seemed to stutter at the worst time possible; in the middle of some critical 5v5 melee where one person used an ultimate ability that I hadn't faced when playing bots.
0 Likes
mr-victory 5 Oct
View PC info

Check this out if you have Nvidia GPU:
https://www.gamingonlinux.com/forum/topic/5349
1 Likes, Who?

Quoting: GuestYou forgot the step where battle.net and a few other processes lock everything up...EVERYTHING *(cough Agent.exe)*. Bottles Battle.net will install the client and games but trying to play one...lockup.

I can safely say I’ve never had it cause any kind of lockup. So no, I didn’t forget anything. You can clearly see me playing the game in the video it works well.
0 Likes
Dragged 6 Oct
FYI, you can use flatseal to give executable permissions to bottles and it will allow you to add desktop shortcuts / directly to steam.
0 Likes
TimmyM 6 Oct
Thought I should add instructions for Lutris as lots use it

Extract it into its own folder in ~/.local/share/lutris/runners/wine/

Next you need to configure Overwatch 2 in Lutris

If you get an error about a missing libunwind. just install it.

Because the runner changed , the game will run like ass for the first couple of minutes as the shaders need to compile.
1 Likes, Who?
Tiepolo 9 Oct
Sadly, it doesnt work for me... I intalled bottles, did the set up, downloaded and installed caffe, installed battle.net, but when i tried to open it, it just doesnt....this is my second try actually, i did a factory reset ti try this, before that i actually got to open battle.net, download overwatch but when i tried to open it... Nope... Somoene with my problems?
0 Likes

Quoting: GuestYou forgot the step where battle.net and a few other processes lock everything up...EVERYTHING *(cough Agent.exe)*. Bottles Battle.net will install the client and games but trying to play one...lockup.

I can safely say I’ve never had it cause any kind of lockup. So no, I didn’t forget anything. You can clearly see me playing the game in the video it works well.

It's called being cheeky ;p (...but also true.) Anything launching via battle.net installed with the bottles installer just locks things up. wineserver -k...sudo kill -9...nothing brings that trash down but a full reboot.

Thanks for this. Works a treat.

Getting no stutters and 165 fps

0 Likes
PimasterJ 12 Nov
So I followed all the instructions, but when I tried to install battle.net, it failed because, "The installer is not well configured." Does anyone know of a way to fix this?
0 Likes
While you're here, please consider supporting GamingOnLinux on: