SteamOS 3.3.2 and a Steam Deck Client Update are out now, pulling together all the recent Beta / Preview updates and putting them out for everyone. Here's what's new.

Firstly, here's a video going over the changes with a little look at some of them individually and below will be the full changelog: 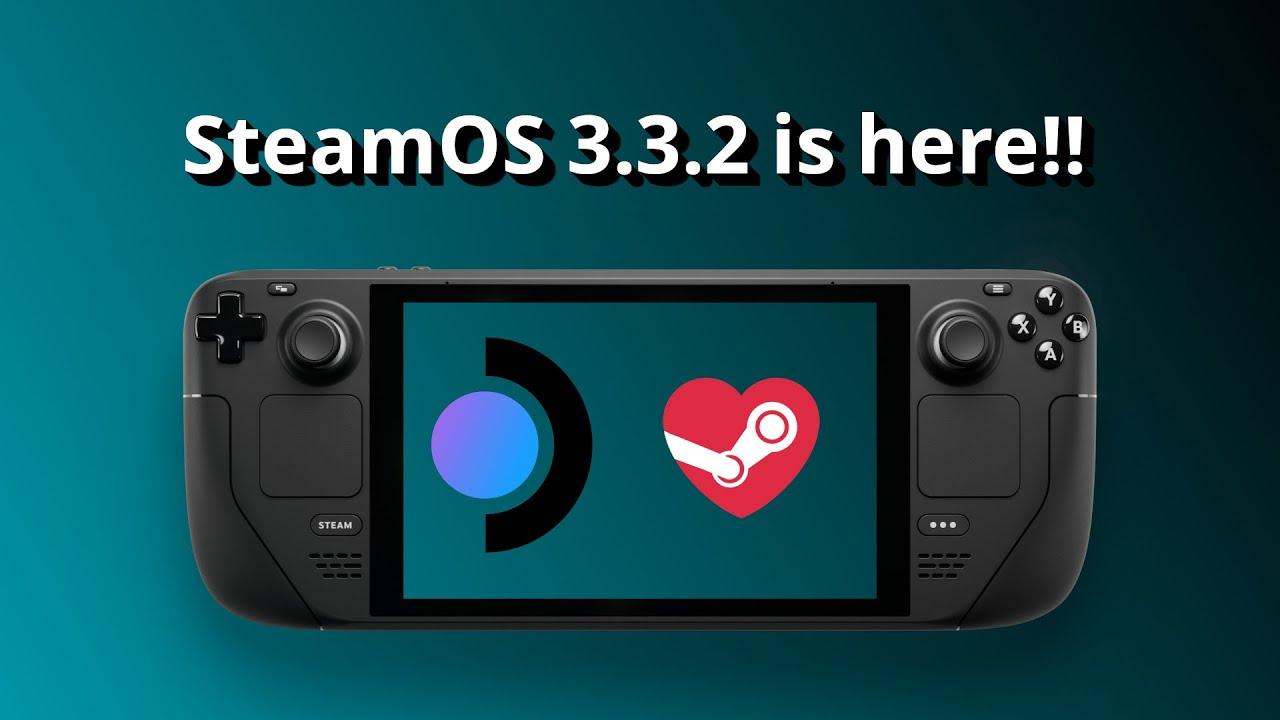 And then the Steam Client changes:

What are you hoping Valve fix up or add to the Steam Deck next? Do let me know in the comments here and maybe Valve will be reading — you never know, your wishes may come true.

View PC info
Not that I plan to use it, but not going to lie, I really like and appreciate how Valve just embraced the whole custom boot screen thing that's less than a month old and already made it far more accessible.
7 Likes, Who?

View PC info
Looks like Valve's support for docked mode is making strides now, official dock release must be coming up within a month I'd guess.
1 Likes, Who?

kibbles 6 Oct
View PC info
Just installed the update and ssh'd in to re-update kernel params and noticed these processes.

did valve forget to turn something off? pretty sure I never flipped any dev switches. and yeah that port 8081 is open.
1 Likes, Who?
NerdNoiseRadio 6 Oct

Well, I know that I've said it here before, but the big headline I'm still waiting for is news that ray tracing is now fully functional in Steam OS. I know the hardware is there for it and I know it works in Windows, but that's not worth it to me. I'm content to wait it out in Linux, but am getting anxious for that headline's arrival! 😊

View PC info
For those using custom boot videos, note near the end of the update that the directory for putting them in has changed. (The beta update patch notes actually say "Sorry for changing this".

Glad this finally made it to stable! Also don't forget to update the boot vid file name to 'deck_startup'

Quoting: wit_as_a_riddleLooks like Valve's support for docked mode is making strides now, official dock release must be coming up within a month I'd guess.

Or a lot earlier. i plan on getting the official valve dock for the HDMI and DisplayPort and the official dock updates.
1 Likes, Who?
While you're here, please consider supporting GamingOnLinux on: