It sees you run through various rooms in different levels of a dungeon, commanding an army of little pink fleshy people you equip with all sorts of random items. Turn your people into swordsman, wizards, healers, give them damage-soaking refrigerators, yoga pants, stale pretzels and more.

As you go through the dungeons you will come up against hordes of aliens, robots, demons and other monstrosities. Thankfully you have a lot of people and weapons at your disposal. Not only are you building up an army, but you also want to build up combinations by equipping people with a similar class to unlock special ability levels too. 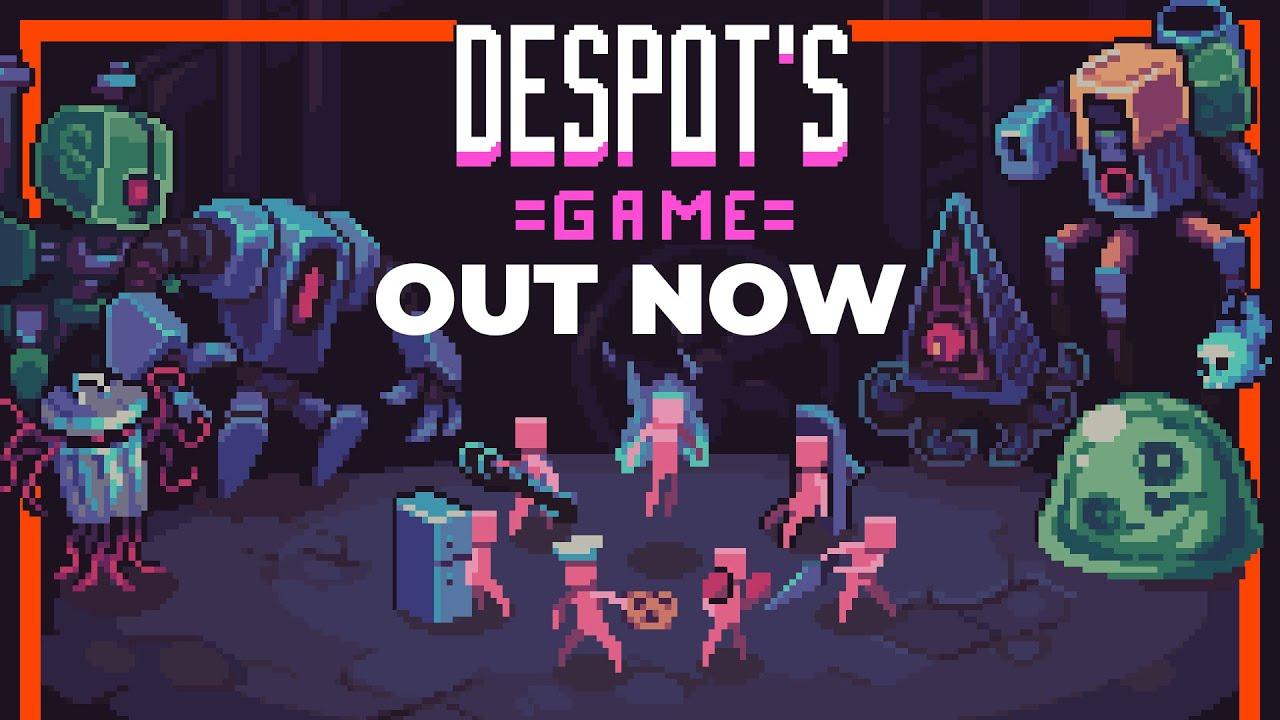 You're also picking special mutations for your team as you progress too that you collect from certain rooms, allowing you to have special buffs like special abilities being more likely to trigger, or returning a certain percentage of damage back to enemies and lots more. You also get a list of mutations you can buy and level up as you progress too, allowing you truly create a ridiculously powerful team.

It's an auto-battler, so while you're the one building up a team and moving your people around, you don't control them during battle. You get to pick their positions, or you can get the game to position them for you, but when the battles start it's a hands-off approach as you watch to see who wins.

There's different game modes too. The traditional mode has you go from room to room until you reach the end, while the King of the Hill mode sees you take on other players. Although, lots of the mini-modes available need you to play more of the game to unlock them.

“Despot’s Game is a culmination of all our team's hard work, shared experiences, and dedication,” said Nikolay Kuznetsov, Game Creator, Konfa Games. “We are extremely excited to share our unique idea fully realized, especially after garnering so much positive feedback.”

Overall, I like it a lot. Doesn't need fast reflexes, allows you to sit back and relax with it as you come up with a good strategy moving your people around and equipping them weird some really weird combinations. Easy to pick up and learn, while difficult later on to build up a good team that needs some thought put into it. If you want a game the blends dungeon crawling, strategy and auto-battles it's a good choice.

You can buy it on Humble Store and Steam. Currently the GOG version is not released.