With another major release from SEGA and Atlus now here with Persona 5 Royal, the good news is that it's Steam Deck Verified and it really does work nicely.

It's really interesting to see how far Proton has come as a Windows game compatibility layer, considering the previous game had numerous problems for quite some time and yet this works right at release. Nice to see the work from Valve and CodeWeavers on it paying off. 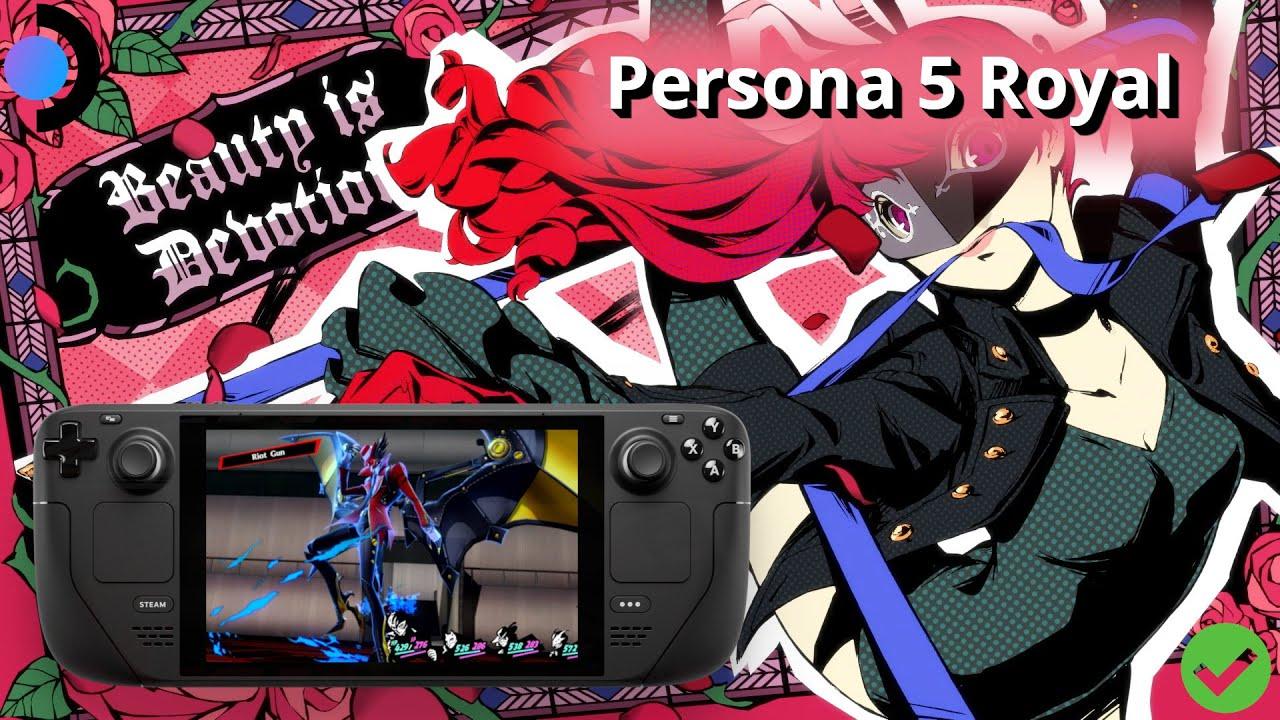 Out of the box, you'll get somewhere between 2 and a half to 3 hours on a single Steam Deck charge, if you keep at it 60FPS which is pretty reasonable. Probably even longer than that, since the power draw dips down every time there's a cut-scene (and there's many). You will easily get even more juice putting it down to 30FPS, which in this type of games feels fine.

Text entry even brings up a full-screen text area with the Deck on-screen keyboard, showing it was properly tested and hooked up for the release. That, and the performance is pretty much spot-on, with it mostly sticking to 60FPS. Honestly, it has been one of the best Deck Verified experiences I've seen yet.

As someone who never got into Persona before, this has been a really great experience and I would now somewhat consider myself a Persona fan.

Buy it on Humble Store and Steam.

About the author - Liam Dawe
I am the owner of GamingOnLinux. After discovering Linux back in the days of Mandrake in 2003, I constantly came back to check on the progress of Linux until Ubuntu appeared on the scene and it helped me to really love it. You can reach me easily by emailing GamingOnLinux directly.
See more from me
Some you may have missed, popular articles from the last month:
8 comments
chrisis 21 Oct
If you like Persona 5 definitely check out Persona 4 Golden on Steam
While it was unsupported for a while Proton has since been updated and it is fully playable on Linux (and is Steam Deck verified for some time now) and a really fun game too
just make sure you have plenty of time as like P5 it is a very long game :)
2 Likes, Who?

View PC info
I've had interest in Persona 4 and Persona 5 for awhile now, but was hoping on Denuvo being eventually removed as some companies do after release, unfortunately it's been years now and it hasn't been removed for Persona 4.
2 Likes, Who?
pedrovay2003 21 Oct

Quoting: TheodisI've had interest in Persona 4 and Persona 5 for awhile now, but was hoping on Denuvo being eventually removed as some companies do after release, unfortunately it's been years now and it hasn't been removed for Persona 4.

People in the Steam forums have already been locked out of playing by Denuvo because they were troubleshooting some things on their Decks, too. Nothing with Denuvo should be listed as Verified for the Steam Deck.
2 Likes, Who?

View PC info
Troubleshooting games that come with Denuvo is super annoying, as it will lock you out for 24h+ when, for example, you switch around proton versions too much.
If a game works, fine, if you have to try out thing to make it work, you're in for trouble. :(

Still, looking forward to PS5. Just wish Steam would stop releasing games for a year or two, so I can catch up with my ever growing backlog. :/

View PC info
Only works on the Deck though, not on regular linux distributions, see https://github.com/ValveSoftware/Proton/issues/6255 with a suggested fix proposed to Proton GE https://github.com/GloriousEggroll/proton-ge-custom/pull/80 (didn't test it myself yet) which puts us in the strange situation where things magically work on the deck and don't on regular linux distributions as the relevant changes clearly aren't even to be found in the Valve fork of wine https://github.com/ValveSoftware/wine which additionally adds to the mysterium in this specific case.

Can't complain on the Deck though, works and performs great even the fan doesn't spin up most of the time (playing it forced to 30fps) with the official Deck dock on a TV outputting the game in fullhd 1920x1080.
0 Likes
Mrowl 22 Oct
60 fps is a big reason to get it on Steam Deck over the Switch.
But another big reason, at least for me, is the potential for mods.
1 Likes, Who?

View PC info
Huh. No video playback issues? That was the main problem with Persona 4 Golden I hear.
1 Likes, Who?

View PC info
yea im gonna wait till this is supported either thru proton or glorious eggroll. i tried patching it and not sure what the heck i did wrong but ill just wait for an official release.
1 Likes, Who?
While you're here, please consider supporting GamingOnLinux on: