Euro Truck Simulator 2 from SCS Software recently celebrated its 10th anniversary, and it seems there's absolutely no stopping it.

A huge success for the developer with it having sold over 13 million copies, along with 80 million DLCs purchased. That's an incredible number, more than 1 million sales every year since release. It's no surprise then that the developer plans to keep on pushing it, as they said they "do hope that Euro Truck Simulator 2 has at least another decade of further growth in front of it" and that "there are so many features will still want to implement, and so much new stuff we plan to bring you".

In this case, it seems there's simply no need at all for a third entry because this one is continually upgraded, it keeps expanding and obviously it's selling well for SCS.

The next DLC release for the game will be with the West Balkans, with no current ETA:

Discover, deliver and expand your trucking company to the countries of Albania, Bosnia and Herzegovina, Croatia, Kosovo, Montenegro, North Macedonia, Serbia, and Slovenia.

From large bustling cities to the countryside filled with beautiful nature, you will be able to explore what the Western Balkans have to offer.

You can look forward to many new things that these countries have to offer. Whether in terms of the industry, nature, landmarks, road networks, or a lot of other exciting content! 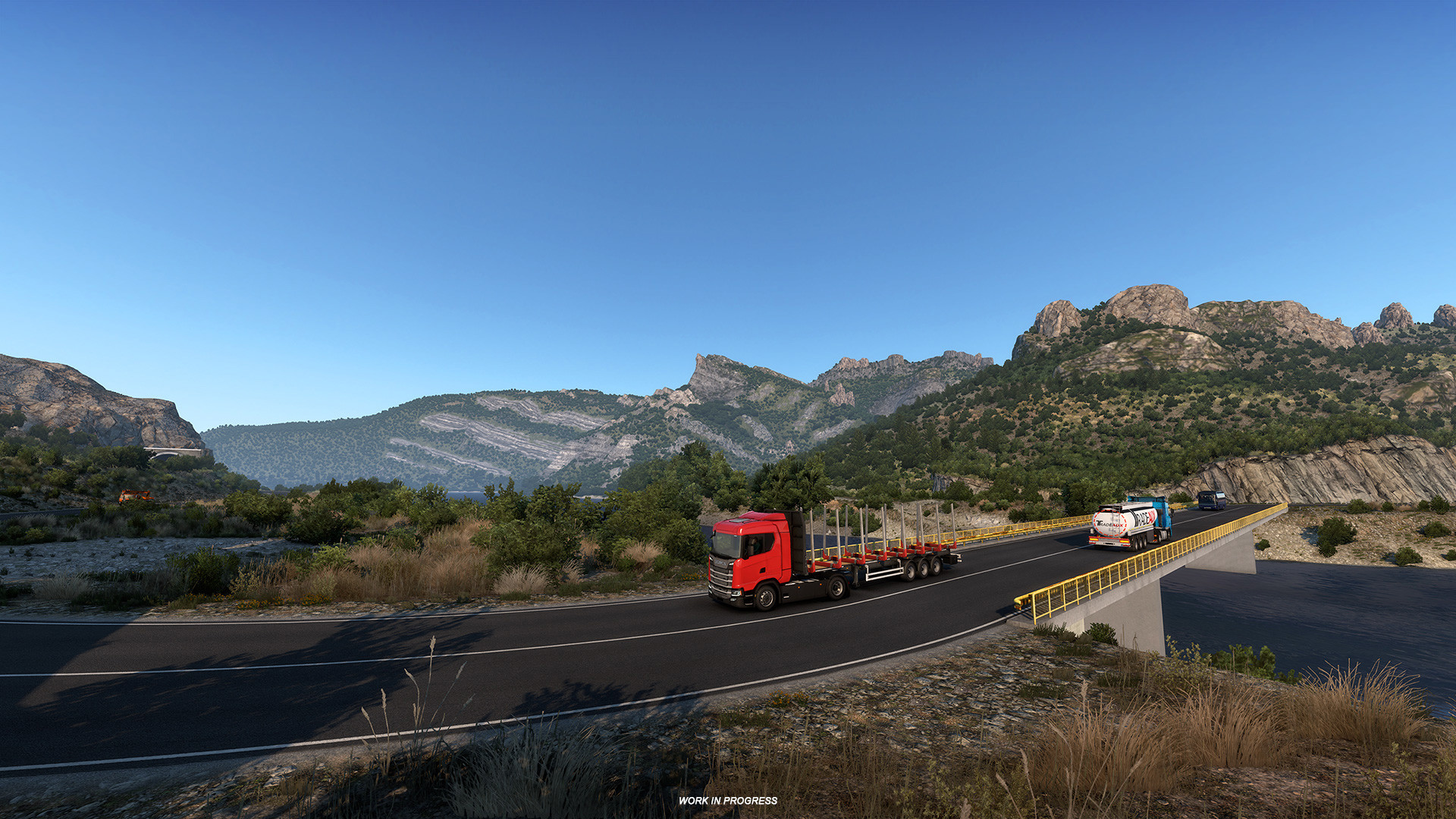 You can buy ETS2 from Humble Store and Steam. It has a Native Linux port available.

View PC info
I hope for that too, great sim game, although idk how are they going to do that, Europe is not endless after all and they got most places already, hmmm...
0 Likes

Quoting: basedI hope for that too, great sim game, although idk how are they going to do that, Europe is not endless after all and they got most places already, hmmm...

They still have the West Balkans (upcoming) and Greece, then maybe Ireland and hopefully Russia + Belarus revisited some day, and Ukraine (+ Moldova) of course. I wouldn't mind some mini-DLCs like Northern Scandinavia, Iceland and/or smaller islands. And yeah, that's about it as far as the map goes, not counting the remodelling the oldest parts. Next they might continue adding stuff like new cargoes, trailer types etc. - we'll see I guess.

Would looove to see their take on Northern Scandinavia, being up here in Northern Norway myself :D Iceland too, such a gorgeous place. Love this sim to bits, can't stop playing it.

gilboa 26 Oct
View PC info
As a long time ETS2/ATS gamer (since 2014?), I can only wholeheartedly agree.
Beyond the game itself that make up for the best way to wind down after a long week @work, SCS itself (along with Egosoft) is simply amazing when it comes to adding gratis value to their existing games (along w/ reasonably priced DLCs). From new trucks, trailers to updated maps and greatly improved base engine.

Here's for 10 more years!
0 Likes
While you're here, please consider supporting GamingOnLinux on: