EA begins swapping out Origin for EA app on Steam

It seems the time has come, EA has begun the process of swapping from Origin to the EA app on Steam, which could cause a few issues for Linux and Steam Deck with Proton. Multiple titles on Steam got updates within the last day, with no patch notes or announcements from EA that I can see. The only difference seems to be introducing the EA App.

Checking my existing install of The Sims 4 on Steam Deck and it seems fine. It briefly showed a new EA App screen, then showed Origin and then went into the game.

An existing Titanfall 2 install on Fedora Linux (desktop) however refused to initially launch, it gave me the EA screen and with Proton 7.0-4, Proton 7.0-5 (RC) and Proton Experimental it just wouldn't launch. Removing the compatdata folder, where all the Wine / Proton prefix data is stored and reloading got it a bit further, to some sort of blank EA App screen after successfully installing it that got stuck. Killing all Wine processes and exiting Steam, then reloading Titanfall 2 and after a few blank EA App screens appeared and vanished — it works again. 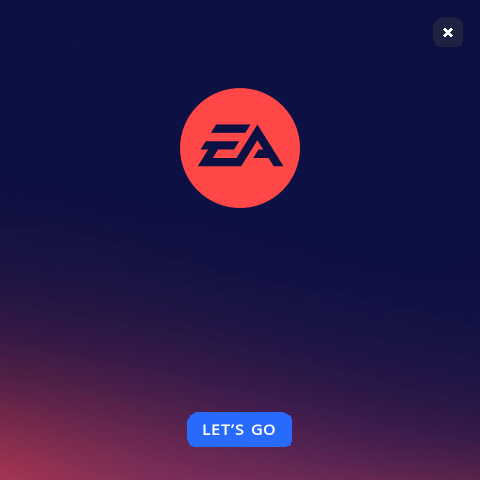 With a fresh install of Titanfall 2 on Steam Deck with Proton 7, it had the issue again of a blank EA app screen that got stuck. Quitting and reloading, it once again showed the blank EA app screen. Forcing Proton Experimental on it, and then it actually worked.

Trying a new install of Star Wars Jedi: Fallen Order on Fedora Linux (desktop) with Proton 7, and a similar issue as the above although it didn't need a compatdata folder removal. EA App seemed to install, then I just got greeted by a blank EA App window. Seems it's actually a sign-in window, as I was able to highlight things on it by trying to drag things out of the window. Anyway, in this case simply quitting and reloading just seemed to fix it.

So it's a bit of a nuisance and acts differently between games, but it appears the EA app can still work with Proton but it might need a little extra work.

Note: the below can remove settings, possibly saves etc, do at your own risk.

If you find you also need to remove the compatdata folder for some EA games (for Steam Deck, be in Desktop Mode): find the Steam App ID (Right click a game -> properties -> updates) or grab the ID from the URL of the Steam store page for it. Then inside your steamapps folder you will find compatdata and inside a folder with the same ID. Where it is depends on what drive you have games installed on, the default is /.steam/root/steamapps/compatdata/.

Let me know in the comments how things are going for you on various EA games on Linux desktop / Steam Deck now.

About the author - Liam Dawe
I am the owner of GamingOnLinux. After discovering Linux back in the days of Mandrake in 2003, I constantly came back to check on the progress of Linux until Ubuntu appeared on the scene and it helped me to really love it. You can reach me easily by emailing GamingOnLinux directly.
See more from me
Some you may have missed, popular articles from the last month:
37 comments
Page: 1/4»

View PC info
Hopefully the kinks can be worked out in Proton, I know I comment this a lot but yeah, EA App just solved all my problems with EA's games on Linux. The app can be a little wonky sometimes, but it stabilizes and generally performs way better than Origin. Battlefield 4 also stopped stuttering when I switched to it. I don't use Steam, so maybe Proton currently has some issues with it that standalone Wine doesn't; shouldn't be too hard for the people contributing to Proton to work out, they do some excellent work.

QuoteIt briefly showed a new EA App screen, then showed Origin and then went into the game.

View PC info
Works mostly fine on Lutris with various WINE versions. This may be a Proton-specific issue. I've also had fewer problems with EA App than with Origin, even when the app was still in beta.

One caveat: When an update is downloaded, it downloads into some staging dir but never runs the destager and instead just quits. If you launch it again in Lutris, this will start the old EA App version. You'll have to "run EXE in WINE prefix" and select the "Destager.exe" from the newly downloaded version. This'll merge the staged update with your existing install and it should work fine again after that.

A nuisance but better than the randomly disappearing windows and odd CPU-hogging processes that Origin had.

Quoting: psy-qYou'll have to "run EXE in WINE prefix" and select the "Destager.exe" from the newly downloaded version.

Thank you!! One of the issues I never figured out, so I always just made a new Wine prefix and reinstalled the app when it happened... lol :D
Haven't had it happen since 5-6 months ago, but good to know in case it does.
0 Likes
mr-victory 26 Oct
View PC info

QuoteOrigin to the EA app on Steam, which could cause a few issues for Linux and Steam Deck with Proton.

What would cause issues, Origin or EA App? Or the conversion process? Or all of them?!

Did you try resizing the window?

Also does anyone know if Apex Legends is affected? It doesn't have Origin in the first place.
0 Likes

View PC info
EA app feels like electron app with very ugly desing and home page is "ea shopping" which frustrates me i hope they put some settings on it so i can select my default home as Library.
3 Likes, Who?
realmzfkr 26 Oct
bought jedi: fallen order on a discount in steam today, was hoping to finally play it on my steam deck, and got hit with this exact problem. the most annoying thing is that none of the solutions i’ve tried ended up working. i even tried installing origin through desktop mode, even logged in, but that too was futile. it just shows a blank screen and prompts me to use the keyboard on it. EA are the worst!
1 Likes, Who?
1/4»
While you're here, please consider supporting GamingOnLinux on: