Unreal Tournament 99 is one of the all-time great first-person shooters, and it is being kept alive by the OldUnreal team and contributors with a fresh release out now.

Version 469c has been released recently, and it remains compatible with all previous public releases of UT down to version 432. Some of the main highlights of this release include:

Love seeing updates like this to such a great retro shooter. There's a lot more to it, that's just the basic highlights. Some awesome maps were in this game, and the feel of it continues to hold up very nicely. I had so many hours of fun playing this many years go. Nice that Epic gave it their approval too.

I previously showed off how to play it on Linux / Steam Deck using ProtonUp-Qt to install Luxtorpeda which then gives you access to the Native Linux release, which you can see a video on below as it makes the process quite easy: 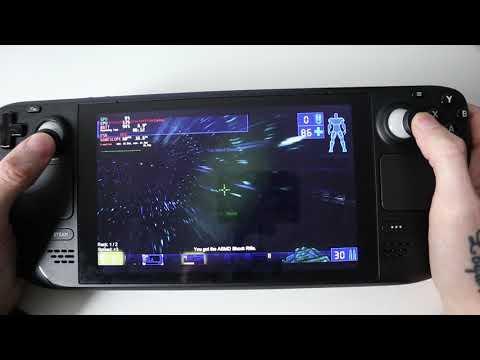 It does need the original data files of course, which you can buy easily on GOG.com or Steam.

View PC info
I wish there was something like this for UT2004 as well.
7 Likes, Who?

View PC info
I used to be a massive Unreal fan back in the day. I played the original game every year for a long time and then got into UT99 and then 2003 and 2004. I remember using OldUnreal to upgrade the textures and update the renderer. Fantastic site and nice to see its still going after all this time.

Last Man Standing was one of my fav game modes.
3 Likes, Who?

Quoting: Para-Glidingfortunately, Apex legend is the successor of the UT series.

Quoting: Para-Glidingfortunately, Apex legend is the successor of the UT series.

It most definitely is not, it is a vastly different type of game.
5 Likes, Who?

QuoteNice that Epic gave it their approval too.

Get outta town! Really?
1 Likes, Who?

QuoteNice that Epic gave it their approval too.

Indeed, they gave around the Unreal Engine 1 source code (under NDA) to several modders. This is how OldUnreal patches came to fruition after all.

There are some interesting licensing constraints though. For instance, OldUnreal's UT99 patch has native Apple Silicon support but OldUnreal's Unreal 1 won't get it.

Tim Sweeney said he'd look into open sourcing UE1 one day, but that was years ago and has yet to happen. I assume a legal review of third-party components (and making the original source build on modern compilers) would take a lot of time for no profit, so don't hold your breath for it.

emphy 31 Oct
They're also working on the 227j patch for unreal gold. Apparently, it will feature native linux and even raspberrypi 4 compatibility

Correct me if I'm wrong, but I remember that there has been a native Linux version for years.
0 Likes
1/2»
While you're here, please consider supporting GamingOnLinux on: