Star Labs announced their new StarFighter a little while ago, but it seems it only just recently went live on their actual store with the full info on what to expect from it.

However, they don't seem to have quite settled on what screen it will have. Currently, it advertises a 16-inch 2560x1600 QHD 165 Hz IPS matte screen, but writing on Twitter it seems they are split between that or a 4K version and so the final build might end up with a 4K 60Hz screen instead. 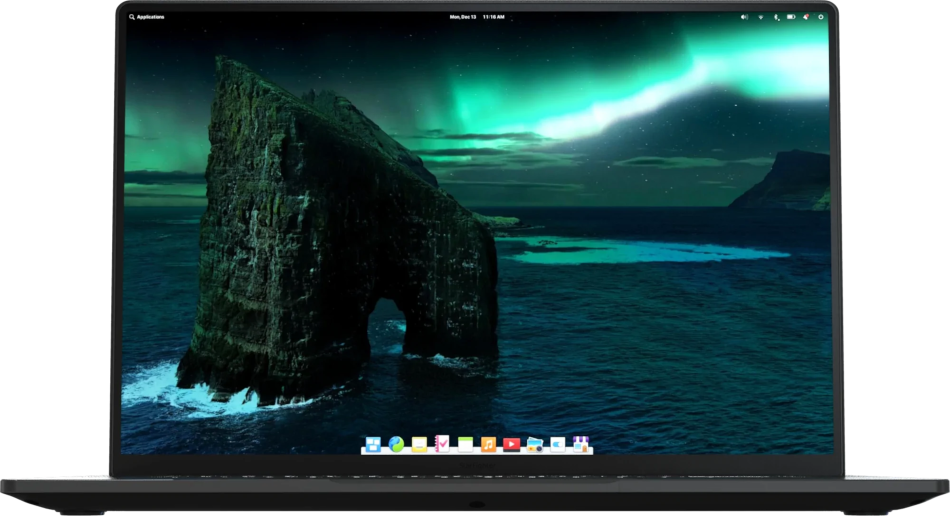 As usual, you'll also be able to configure it with various Linux distributions including Ubuntu, elementaryOS, Linux Mint and more. It's not available for a few months yet with no exact date set it seems.

About the author - Liam Dawe
I am the owner of GamingOnLinux. After discovering Linux back in the days of Mandrake in 2003, I constantly came back to check on the progress of Linux until Ubuntu appeared on the scene and it helped me to really love it. You can reach me easily by emailing GamingOnLinux directly.
See more from me
Some you may have missed, popular articles from the last month:
17 comments
Page: 1/2»

grigi 4 Nov
View PC info
A Linux targeted notebook with Coreboot and a 16:10 display and no Nvidia...

This looks like a great fit for me!
I'm getting tired fighting bios bugs with my current MSI notebook.

Will look at it again early next year when available.
1 Likes, Who?

View PC info
Why the fuck would you want 4k on a 16" screen? Especially as fractional scaling isn't exactly issue-free yet either...
Other than that, it indeed looks like a nice little machine!
1 Likes, Who?

Quoting: TermyWhy the fuck would you want 4k on a 16" screen? Especially as fractional scaling isn't exactly issue-free yet either...

There's your answer: 4K is 1080p, but any higher or lower resolution should work, too.

Does it say anywhere if they're using the Ryzen 6000-series?
0 Likes

Quoting: poiuzDoes it say anywhere if they're using the Ryzen 6000-series?

Yes, they are using Ryzen 7 6800H. Hit the Get Notified button and you can see all the spec combinations available.
0 Likes
Purple Library Guy 4 Nov
As expected, pretty dashed expensive . . . but not really that bad, considering.
1 Likes, Who?
PublicNuisance 4 Nov

View PC info
Kill switches; Removable webcam; Coreboot; IPS; and a backlit keyboard are all fantastic features. If they give me a choice on the screen i'll take the 165hz any day as I prefer high refresh over 4K.
4 Likes, Who?

Quoting: poiuzWith 2560x1600 you're forced to use fractional scaling at a "relative" low resolution (e.g. Apple is closer to 4K, too).

i must say - for what is offered i was rather surprised the price isn't considerably higher.
1 Likes, Who?

View PC info
Oh boy. Seems tempting...
But outside of EU? That will be quite expensive...

I will stick with https://www.tuxedocomputers.com/ for now...
1 Likes, Who?

Meanwhile, System76 is busy with PopOS 🤦
0 Likes
1/2»
While you're here, please consider supporting GamingOnLinux on: