Soulstone Survivors might dethrone the likes of Vampire Survivors for me

Soulstone Survivors is a new Early Access game that arrived with Native Linux support on November 7th, it's also now already one of my favourite games. It works great out of the box too and it appears to be getting quite popular, with a Very Positive user rating and over 14,000 people playing it right now.

Styled like Vampire Survivors, Brotato and many other action horde-style games, you run around using various abilities taking down tons of enemies with completely over the top action. Here there are hundreds of skills, a lot of characters, a lot you can upgrade and they have plans to add in a lot more. 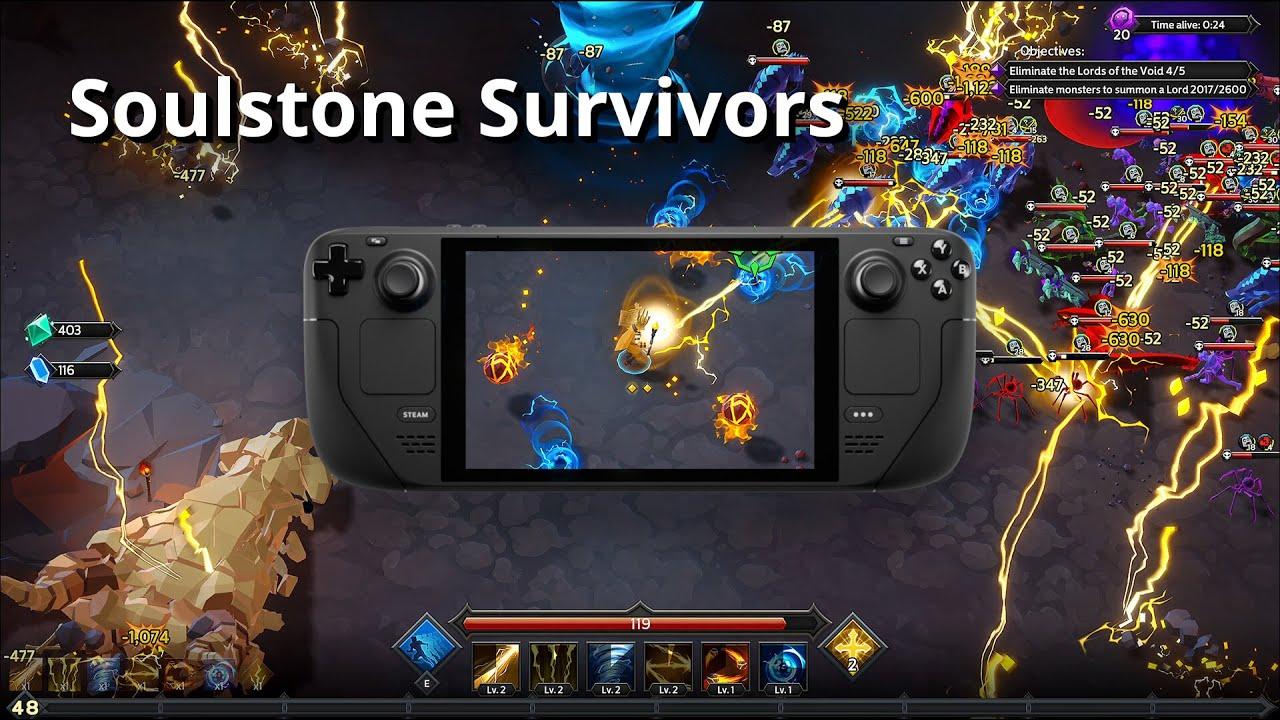 It works great on desktop Linux too! On Fedora Linux, even on max settings it never dropped below 60FPS while I had a video rendering in the background. Seems like they did a good job on the Native Linux build! Really impressed with the quality as well as the gameplay action.

While Vampire Survivors is fun, there’s no doubt in my mind about that and my many hours in it were great, this just has a much better gameplay feel to it and honestly, I prefer the graphical style here too a lot more. The game design just feels more coherent as a whole, although it’s not without flaws. Visibility is an issue, especially on the initial sandy level but no doubt they will work on it. The ridiculous amount of content on top of the satisfying loop will have me coming back often.

View PC info
I didn't think anything could rival Spellbook Demonslayers for variety and polish, but this one looks absolutely top-notch. I watched McQueeb playing this only a couple of days ago, really raving about it, and he's a big, big fan of the Horde Survival genre. Definitely going to buy this.
1 Likes, Who?

View PC info
If you want to give it a go before buying, there's free prologue
0 Likes

View PC info
Yeah, I gave the (free) Prologue a try and it is a nice game.
0 Likes

View PC info
I find it very difficult to read the screen.

Collisions are unclear, who is where is unclear. And i don’t like much having target-to-cursor skills, have to play with both hands.

Also, the amount of upgrades actually made them messy IMO.

I’ll try more, it could be good indeed, but the first feel is not that great even if i prefer the visuals (similar to a game you should try : Stolen Realm).
0 Likes
ssj17vegeta 25 Nov

Quoting: TcheyI find it very difficult to read the screen.

Collisions are unclear, who is where is unclear. And i don’t like much having target-to-cursor skills, have to play with both hands.

Also, the amount of upgrades actually made them messy IMO.

I’ll try more, it could be good indeed, but the first feel is not that great even if i prefer the visuals (similar to a game you should try : Stolen Realm).

I highly recommend you give it another chance :

- For the collisions and the stacking of effects, the settings (accessible while in game) allow you to tone down the opacity of spells, which is pretty useful.

- As for the amount of spells, it sure seems daunting at first, but I actually like how they're gradually presented to you : each characters have access to a few schools of magic (not all), and 3-4 unique spells, so overall it's not that bad.

Having played a bunch of other Vampire-like (Vampire Survivors, Boneraiser Minions, Don't shit on my *** roof and 20 minutes till' dawn... (yeah Liam, my social life doesn't thank you XD), I find the UI is pretty well designed : many indications on spells, what they do, which spells are actually boosted by the passives you take, what are the upgrades present on a slotted skillk etc.

The only downside (for me) is the low-poly graphic style, which I strongly dislike, but that's purely a question of taste. The effects are gorgeous though.
0 Likes
While you're here, please consider supporting GamingOnLinux on: