Valve has released a new desktop update for the Steam Stable Client, and along with it comes the option to use the New Big Picture Mode. However, they broke it on Linux, at least for NVIDIA.

You can try out the New Big Picture Mode by launching Steam with "-gamepadui" as an option to go into it directly or with "-newbigpicture" to launch Steam normally but have the Big Picture button go into the new mode.

It worked mostly fine (outside of a few bugs) for me on desktop, until they also added a special boot-up video for the New Big Picture Mode that was in the last Beta and now everyone has it in the Stable update. For some reason, at least on NVIDIA, you hear the intro video playing but it doesn't actually display anything. So far the only people reporting it are on NVIDIA, so I'm unsure if it's on AMD GPUs too. 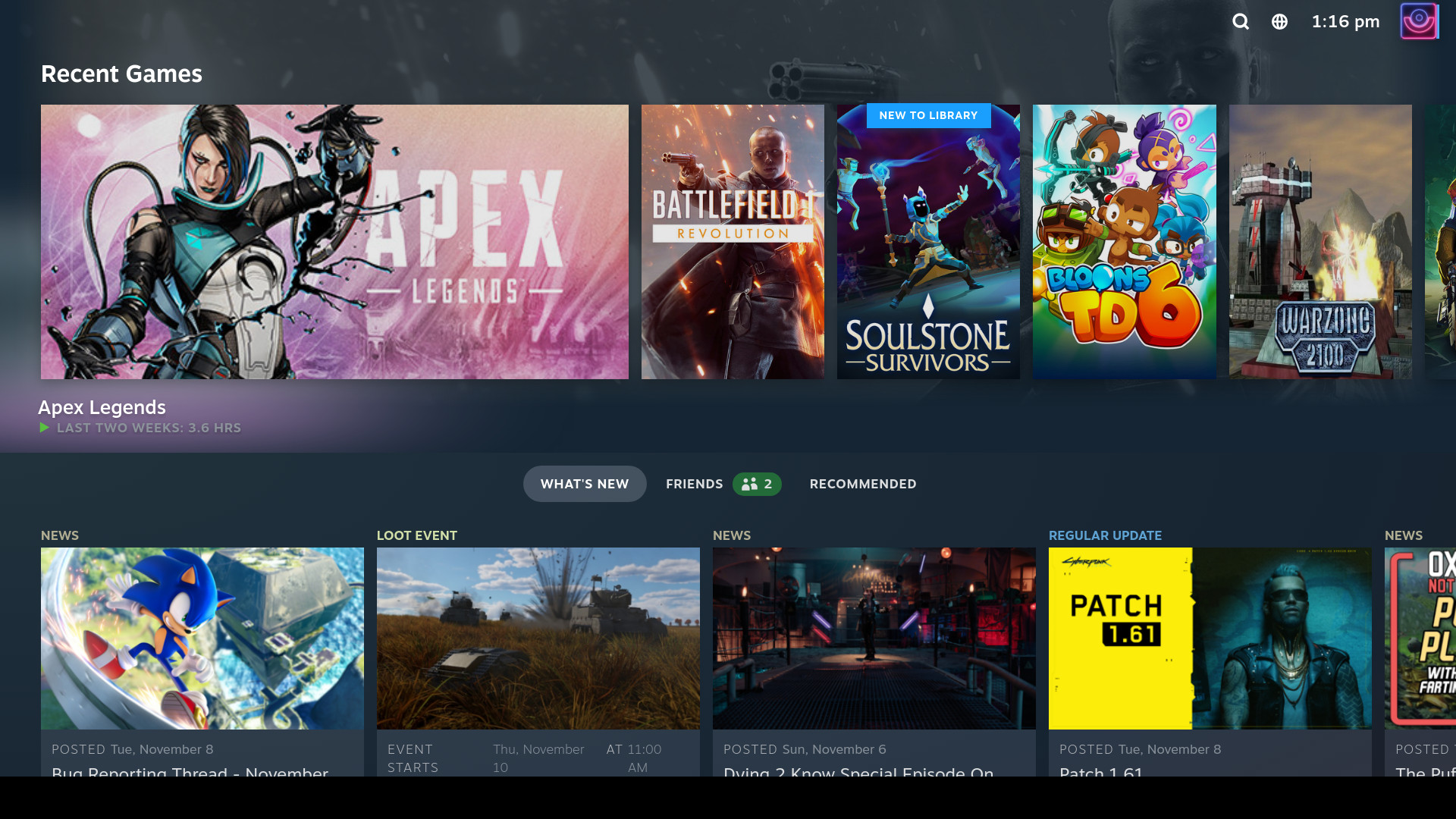 Hopefully it won't be too long before Valve or NVIDIA figure out what the issue is. I would quite like to use it on my desktop too as it's a nice improvement.

Here's all the changes:

wurschti 17 Nov
View PC info
thanks for the post, Liam. Just curious, does the bottom bar stay completely black, or is that a screenshot issue?
On the Steam Deck, that place is reserved for the control hints.
0 Likes

Quoting: wurschtithanks for the post, Liam. Just curious, does the bottom bar stay completely black, or is that a screenshot issue?
On the Steam Deck, that place is reserved for the control hints.

It should show the controls, but it's likely in that shot I wasn't focusing on any UI element with the mouse.
0 Likes

View PC info
Came here to report the bug, happy to see you're way ahead on it, Liam

View PC info
Boot video works for me with AMD. The sound didn't play in the video the first time I started it up. I tried it again and the sound worked the second time.
0 Likes

View PC info
I think I see it on AMD, but it's obscured by a fun account alert that I kept around (reminder to order my Steam Deck before 01/01/1970) to see if they ever fix it. Those account alerts are handled terribly by the new bpm.
1 Likes, Who?
Volodesi 17 Nov

View PC info
Using -newbigpicture starts my Steam in Big Picture mode and not Desktop? This not intended behavior or explained wrong?
0 Likes

View PC info
Works for me on nvidia 3090 w/ proprietary drivers on Wayland. Just tested that out. Haven't checked on X11 yet though. Ran a bit sluggish in my opinion but it displayed the new ui with the -gamepadui flag.
0 Likes

Quoting: LuticusWorks for me on nvidia 3090 w/ proprietary drivers on Wayland. Just tested that out. Haven't checked on X11 yet though. Ran a bit sluggish in my opinion but it displayed the new ui with the -gamepadui flag.

Quoting: MercifulBossIt works for me on xorg via a 2060 with the 520 drivers

I'll have to try it under Garuda. Wonder if it's depending on something in newer drivers (I updated to 515 and it's still broken)
0 Likes
1/2»
While you're here, please consider supporting GamingOnLinux on: