Valve puts up Proton Next (7.0-5) to provide easier testing of future upgrades

Proton Next has been announced by Valve developer Pierre-Loup Griffais on Twitter, as an easier way to check out and test the upcoming stable releases of new Proton versions for Linux desktop and Steam Deck.

It is mostly the same as the Release Candidate for Proton 7.0-5 that was put up in October. However, it's now its own entry in Steam as Proton Next. This makes it far easier to test, since you can set it to games individually, instead of opting into a Beta with the current main version of Proton.

This new Proton Next will only become available when there is a new version of Proton ready for testing, and once stable it will be retired. So games you've set to it, would likely just get bumped to the main version of Proton since it would replace it.

Here's what's now available in Proton Next as version 7.0-5:

To opt into it, go into the Properties of a game on Steam and go into the Compatibility menu. Tick the box on the right and select Proton Next from the dropdown: 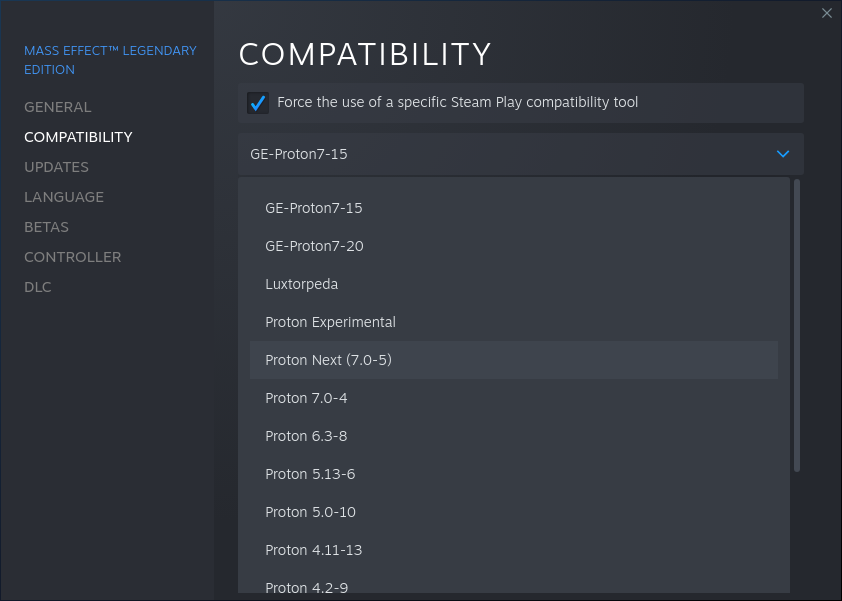 You can do the same on Linux desktop and Steam Deck.

There's a few version of the official Proton now so here's a brief explanation: 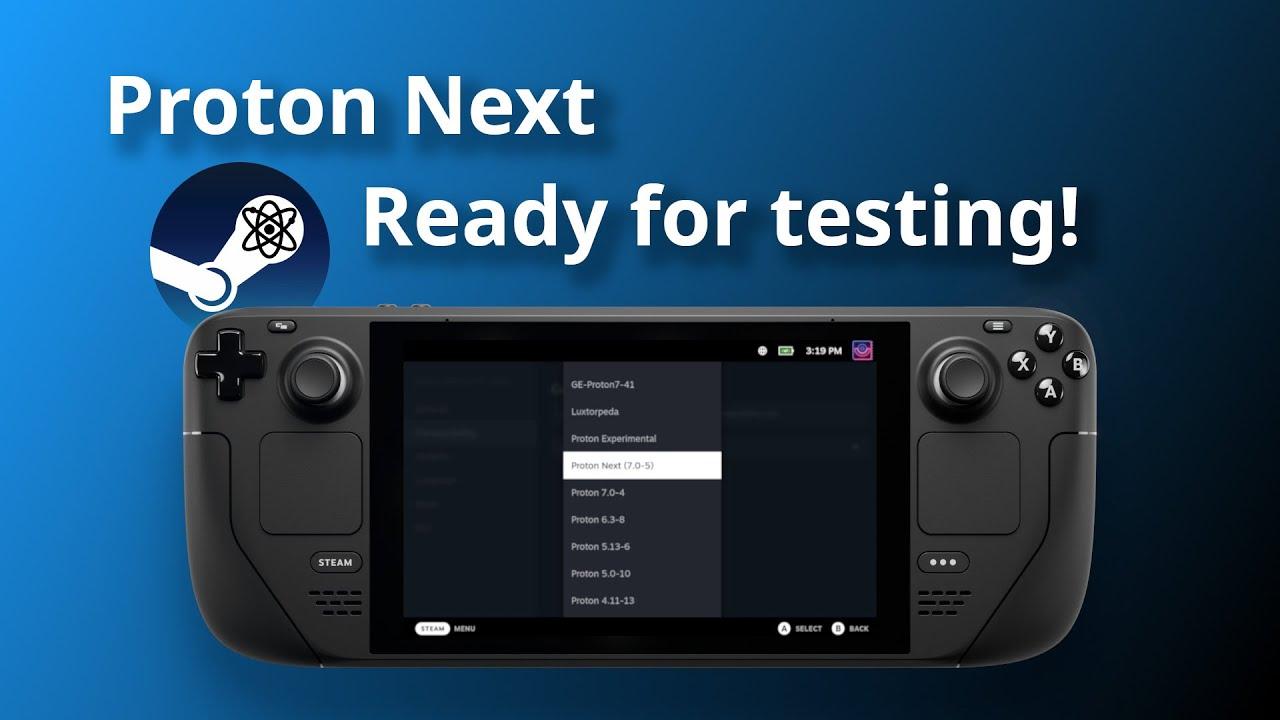 View PC info
This becomes slightly confusing for me so thank you for the cheat sheet at the end of the article.
7 Likes, Who?

View PC info
They should have just copied Debian's different release names from the start, "stable, testing, and unstable."

Doesn't get more straight forward then that.
3 Likes, Who?

View PC info
So, another more to go through for a particular game. I have noticed that randomly quite any Proton version can work with an older title.

Why can't there be some sort of sniffing mechanism put to place? When you play some of them classic titles, i always have to try all versions starting from top to down.

4.11-13 is the most common for LucasArts titles. It would be assumable that classic titles would work even better with new releases, but they won't even launch!

Maybe these old packs could be just merged to one big "Proton Legacy" or something, never mind the package size if all needed is there and that ritual of going thru all versions is removed...
0 Likes
Volodesi 23 Nov, 2022

View PC info
Odd that Re-Volt is now "Playable". Was one of the first games I put on my Steam Deck and it worked fine.
0 Likes

Quoting: VolodesiOdd that Re-Volt is now "Playable". Was one of the first games I put on my Steam Deck and it worked fine.

Probably related to https://github.com/ValveSoftware/Proton/issues/6068 is my guess.
1 Likes, Who?

Yeah, but no way a commercial firm is putting "unstable" in the title of pretty much anything!
4 Likes, Who?

Yeah, but no way a commercial firm is putting "unstable" in the title of pretty much anything!

I think maybe "stable, testing, development" or something...
4 Likes, Who?
While you're here, please consider supporting GamingOnLinux on: