Half-Life: Alyx LEVITATION is an incredibly ambitious mod for Valve's amazing VR FPS and it's out now! To this day, Alyx remains as one of my all time favourite gaming experiences and so I've been eagerly awaiting more of it with this free expansive mod.

LEVITATION starts right after the official story: Alyx returns to City-17, and teams up with Russell once again. During her absence, a mysterious levitating building appeared in the Sector X region of City-17. Two key members of the resistance named Barry and Maya decided to infiltrate and investigate Sector X -- until their signal went quiet... Now, Alyx must save her friends, and possibly the whole resistance.

See the launch trailer below: 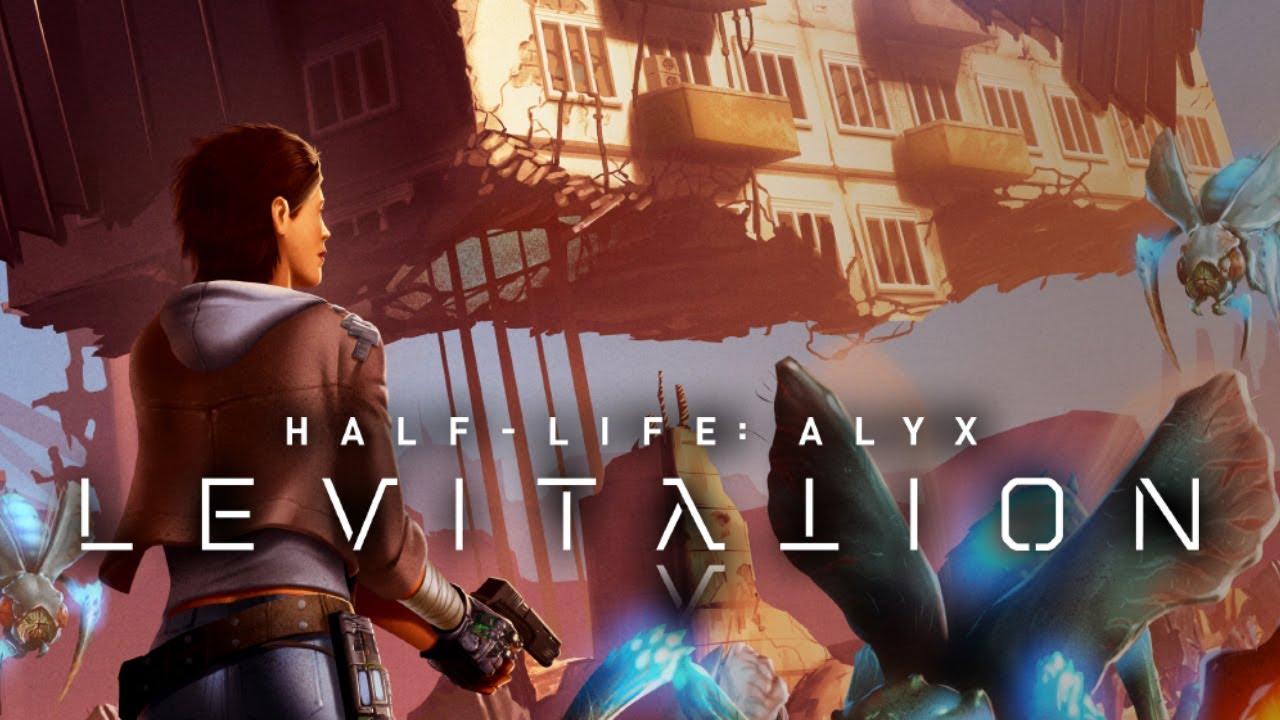 You can grab it from the Steam Workshop. It comes in 5 parts due to the size but you can subscribe to all at once.

Currently, it seems there's a bug where the AI can break at an excavator section. The developers are working on an official fix but there is a workaround you can use.

Annoyingly, Valve have still not fixed the issue with Alyx not launching on Linux with a "Timed out waiting for response from Mongoose" error that's been around since 2020. Thankfully, a workaround of temporarily disabling ipv6 enables it to launch again and I can confirm LEVITATION appears to work fine on Linux with Proton.

View PC info
Really a shame that there aren't more Alyx mods or games re-using the engine / game-play mechanics as it is really among the very best VR games out there.
1 Likes, Who?

View PC info
sounds like it's time to go for another run - been thinking about doing that anyway, so this might be a good reason to finally do it ^^
0 Likes

View PC info
The ipv6 bug is an interesting one. My achievements for Alyx range from April 2020 to March 2021. I have actively used ipv6 for over a decade and have never turned it off for anything. So apparently it is not quite as simple as "having ipv6 enabled" crashes Alyx. I've played a bit of with proton in the beginning, but then waited for the native build because proton would almost always crash on level transitions.
0 Likes

QuoteAnnoyingly, Valve have still not fixed the issue with Alyx not launching on Linux with a "Timed out waiting for response from Mongoose" error that's been around since 2020

If you restart Steam and SteamVR and start HLA right away it should work (at least it does for me).
2 Likes, Who?

Comandante Ñoñardo 29 Nov, 2022
View PC info
I am waiting for the NON-VR MOD of this MOD.
0 Likes

View PC info
Really a shame that Valve hasn't fixed the Mongoose timeout bug. I've played Alyx with Proton, native, the Bioshock Alyx mod Return to Rapture with Proton (though it crashed a lot on level transitions), but now I can't get it to run at all. Disabling ipv6 didn't help :-/

Also it was time for me to replace my Index cable again. A damaged cable causes the weirdest issues. Funky pixels flashing randomly in the HMD in all colors, audio cutouts, screen flashes... up to the HMD not being recognized. It's not the HMD that's broken, it's "just" the cable. Now it's all fine again, until this one wears out too.
0 Likes

onurB 29 Nov, 2022
Sounds great but i would also love to just be able to continue my alex playthrough. Ive lost game saves multiple times already and got reset back to the early game time and time again. But currently its not even possible to start the game because of the mongoose error. Sad because it was such a great experience. Boneworks is my current replacement at least :)
0 Likes