NVIDIA talks up RTX IO with GDeflate (used in DirectStorage 1.1) to speed up games

Vulkan version 1.3.233 was released back in November, and with it came two new extensions from NVIDIA designed to help speed up gaming on Linux and Windows. Their tech is even used in DirectStorage from Microsoft.

The new extensions are:

It forms part of NVIDIA RTX IO, that NVIDIA say will result in faster loading times, lower CPU utilisation, smaller assets so you get smaller game downloads and best of all — it's open source. 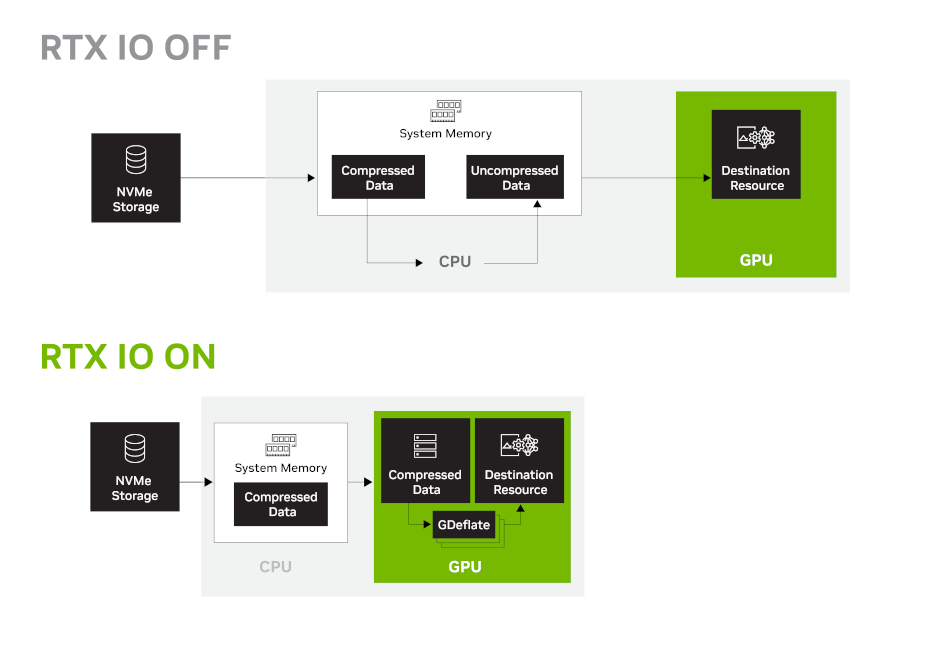 This tech uses the two Vulkan extensions anyone can implement, plus the GDeflate compression format (this is what Microsoft use in DirectStorage 1.1) and NVIDIA say that GDeflate "will be open source" too.

NVIDIA also talk up on their website how it's designed to work across "various operating systems and graphics APIs, computer-accelerated APIs, and SDKs" and that all "modern GPUs will benefit from the ability to speed up load times and reduce CPU utilization" but naturally they say it's best on their own Ada Lovelace architecture.

Sounds pretty exciting. I've seen numerous Linux gamers ask over the last few years if Linux will see anything like DirectStorage, so it's nice to see elements of it available in the open and cross-platform.

View PC info
Are there any technical specs out there yet how GDeflate works? With that name, I assume it's based on DEFLATE (the classic compression algorithm used in ZIP and gzip)?
1 Likes, Who?

Quoting: DrMcCoyAre there any technical specs out there yet how GDeflate works? With that name, I assume it's based on DEFLATE (the classic compression algorithm used in ZIP and gzip)?

They had a previous blog post going over some of the details, although that only mentions Windows whereas the new site clearly says it's cross-platform and mentions Linux directly.
5 Likes, Who?
While you're here, please consider supporting GamingOnLinux on: