Update: a follower of ours on Mastodon pointed out it's a Mesa driver issue in the ACO shader compiler, and there's a fix noted so hopefully Valve will update the Steam Deck AMD GPU driver soon. Update #2: a Valve developer mentioned on Twitter a fix is in testing.

Having recently finished Mass Effect Legendary Edition, I was in the mood for something different so I picked Death Stranding Director's Cut but it seems there's a rather annoying issue that can reboot your Steam Deck.

Tested across various versions of Proton: when you load up the map, as soon as you move the Right Joystick, the game will freeze and quite often crash so hard it will reboot my Steam Deck. When going to report the issue on the official Proton GitHub, it seems I was beaten to it a few days before by someone else seeing the same issue. While I've only tested it on SteamOS 3.4 Preview, their report states it happens to them on the Stable channel too.

Workaround: for now, I was able to work around it by setting the Right Joystick to Joystick Mouse in Steam Input, although that means I can no longer tilt the map but at least the game won't keep dying on me. 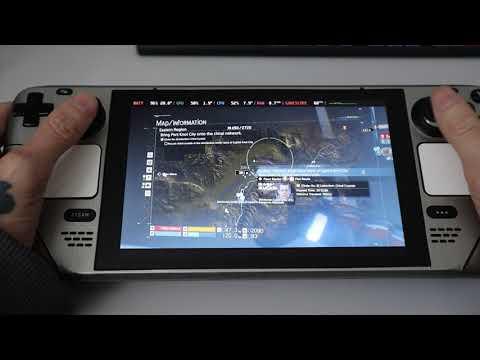 It doesn't always reboot the Steam Deck though and took me three random crashing reboots to realise what was happening. Sometimes it will just lock up the game, other times the game will close with an error message. Thoroughly annoying for a Deck Verified game.

A very confusing issue. Hopefully Valve will figure out what's going on if it's a game issue, a Proton issue, a Steam Input issue, an AMD GPU driver issue or something else.

Quoting: drjomsThe bug is NOT in Death Stranding.
Bug is in driver/hardware of Steamdeck. Dev was just nice enough to address it in game's code.
Bug should be submitted with valve/GPU/Driver maker.

See the article update done before you commented. I didn't mean it was specifically in the game, but the game shows the issue.

View PC info
I was thinking of grabbing this as it's currently on sale. Will have to remember to update my drivers if I do get it.
0 Likes

FifteenthPen 6 Dec, 2022
View PC info
Oh thank goodness there's a fix inbound! I had to stop playing Death Stranding on my desktop (radeon 6900 XT) when the bug got introduced around the time kernel 6.0 came out. I couldn't figure out what was triggering it or how to reliably reproduce it beyond it usually happening when I had the map open. I'm looking forward to finally getting back to playing it!
0 Likes


Last edited by StalePopcorn on 8 December 2022 at 8:54 pm UTC
0 Likes
drjoms 6 Dec, 2022
View PC info
My post may have happened BEFORE you made an update or WHILE you were making it. or I did read earlier version of article, wanted to respond, let it be for some time and THEN submitted my comment.
0 Likes

I’m still getting this issue on the epic version of the game, launched via heroic games launcher. Do I need to switch the proton version being used to take advantage of the fix?
0 Likes
1/2»
While you're here, please consider supporting GamingOnLinux on: