Blender, the absolute power-house free and open source 3D creation suite, has a big release out with Blender 3.4 and it's awesome. Used across film and games, it's one of the best FOSS projects around and has shown how FOSS can be a huge success.

For Linux users Blender 3.4 is especially sweet, since it now offers native Wayland support in addition to X11. They say with this release it has been tested working across GNOME Shell (Mutter), KDE (Plasma) & Sway (wlroots) based compositors.

One of the big overall features in this release is the inclusion of Intel's Open Path Guiding Library, which the Blender team say adds support for "path guiding in CPU to help reduce noise in scenes where finding a path to light is difficult for regular path tracing, for example when a room is lit by light coming through a small door crack" — sounds very useful.  The example they showed in the release page shows what a massive improvement it can be too.

I can recommend checking this video for a quick overview of some features: 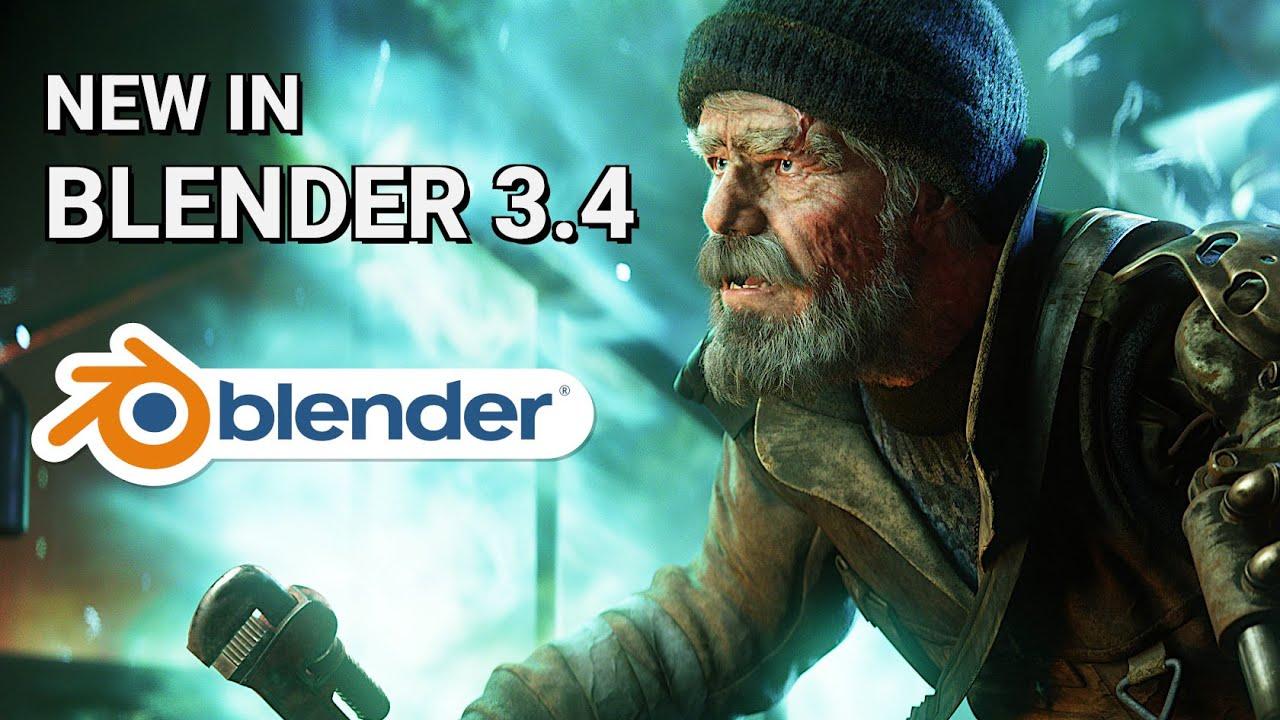 View PC info
Oh, I didn't even warm up Blender 3.3 well, and here's the next version :D
Blender is wonderful. Along with Natron, Krita, Inkscape, Gimp and Darktable, you get a whole suite of tools for creating graphics and more.
I will never understand why people still prefer to spend a lot of money on Adobe, for example, instead of supporting and using open-source solutions.
1 Likes, Who?

Quoting: AvikarrI will never understand why people still prefer to spend a lot of money on Adobe, for example, instead of supporting and using open-source solutions.

As much as I share the sentiment, it's because the free software solutions are not equivalent. GIMP is the easiest to pick on, so I suppose I'll start there. GIMP lacks:


One thing I do love about GIMP is that selections have handles.

So, because I despise Adobe's rent model and invasive watchdog software, and Affinity's suite is not free software, I've donated to Zemarmot to help get these features implemented faster (and to help get floating selections axed). And the near future is looking quite bright with GIMP 3.0 finally, actually, around the corner. But I'll be using Photoshop/Affinity Photo for the foreseeable future, at least for work.

I've tried every free software NLE available. I've tried Cinelerra-GG, Blender VSE, Kdenlive, and Olive. Cinelerra-GG has the most features by far (like NVENC), but the interface is the wonkiest thing imaginable. And it also seems to get colors wrong unless you really know what you're doing. The fade transitions are...not fun to use. And it's not cross-platform. Olive's transitions are broken currently and it lacks sophisticated color grading controls. Blender VSE is so unoptimised that I end up needing to do extra work I don't have to do in other NLEs, like specifically converting layers to use Alpha so video layers like lower thirds retain their transparency. Kdenlive is probably the best all-rounder, but their interface is also a bit jank and cumbersome to use. They recently had a fundraiser where one of their goals is to fix that, so I have high hopes.

Unfortunately, Kdenlive is prone to crashing under not that much load. Don't import too many videos at once, or it'll crash. Don't add too many keyframes to unstable effects or it'll crash (which ones are unstable, you will only find out after the fact).

In the meantime, I'll be using DaVinci Resolve...on macOS. Because of H.264/AAC patents. And using Kdenlive where I can.

Natron is a nice node-based editor, but there are far fewer templates on the market to work with. If you just want to get something nice done quickly and cheaply, After Effects is far better simply because of how many templates are available. DaVinci Resolve's node editor Fusion is viable for the same reason. Also, Natron had even fewer developers than GIMP for quite some time, so they've been stuck on Qt4. Hopefully, that's changing in recent times with some new contributors coming through the door.

There are no free software PDF editors that come close to Acrobat Pro. Somehow.

Scribus might be good print layout software, but we use inDesign. That's hundreds of books that we can't just convert over to another software; these clients might (probably will) come back some day and we'll have to pull out the Adobe subscription and get to work making changes. Same argument goes for most of the software on this list, by the way. Before the argument is made that Adobe's formats are not interoperable, I know that at least .PSD is an open format, freely available. The primary issue is, why should unpaid or underpaid volunteers spend so much of their energy supporting a file format from another program?

Inkscape is nice, and with .eps, you can work on files between different programs. I like darktable well enough, but I've only used it a few times. I am not an artist, so my usage of Krita has been limited (mainly for smart object support), but I've heard great things about it from quite mainstream artists. It follows closely behind Blender in reputation, and while they have nowhere near as much funding as Blender, Krita is most likely second on this list.

EDIT: Audacity is also great. They recently got non-destructive editing! And they're working on using a more modern toolkit. Audacity was already great, but it's getting better.

Blender is the exception, not the rule. I'm not a 3D artist myself, but Blender is very impressive. It seems like professionals are actually using it for relatively big productions, too. It also gets millions of dollars in funding every year, and has a whole foundation setup to support full-time development and maintenance of features. But even Blender didn't start this way. It was just as jank as the rest of the software on this list 20 years ago. But it's one of the rare examples of free software that was able to achieve sustainable funding - right from the beginning, even, when that fateful 2002 fundraiser was run (the Blender story is really interesting, by the way).

And if that weren't enough, even if all of these free software solutions were fantastic, bug-free software full of amazing features even Adobe doesn't have, you would still need to hire people who know how to use them. Or potentially spend thousands of dollars retraining them. The fact is, Adobe provides a lot of value to businesses by creating a popular industry standard. Businesses can hire from a large pool of creatives that know how to use Adobe software, which is really not that expensive even for a small business when compared to the amount of money you can make with the products you use these tools to produce.

But I am definitely excited about Blender getting even better. I really love some of the open movies they've produced (Sprite Fright is my favorite by far) so I wonder when this year's one will release.

View PC info
Their updating blender faster than I can learn its features. It's almost overwhelming, sometimes I just go back to 2.79 since I learned on that era of Blender and its my comfort zone.

Even if you aren't a 3d modeler learning the basics of a 3d application can be insanely useful. I've used Blender to help build my ebikes, draft up a design for my pallet wood desk, benchmark rigs with very specific loads, editing videos with the help of a few plugins, extract frames from videos, and turn a folder of frames into a video... Its one of those things versatile enough that it can imitate the functionality of a lot of software if your clever and don't need specific file formats.
3 Likes, Who?
While you're here, please consider supporting GamingOnLinux on: