Linux Mint 21.1 is now available in Beta to get testing, based upon Ubuntu 22.04 with kernel 5.15 it's a long-term support release so you'll be able to continue using it until 2027 before needing a major update.

There's quite a lot new with this release, other than a bump to the versions of various packages that comes with the updated Ubuntu base so here's a short run over some things to expect from it.

The first thing people may notice is an update to the theme, for a refreshed look and feel. This includes a removal of unneeded items from the desktop, more vibrant colouring for accents, a change to Aqua by default so say goodbye to Linux Mint being green out of the box and a new mouse pointer theme. 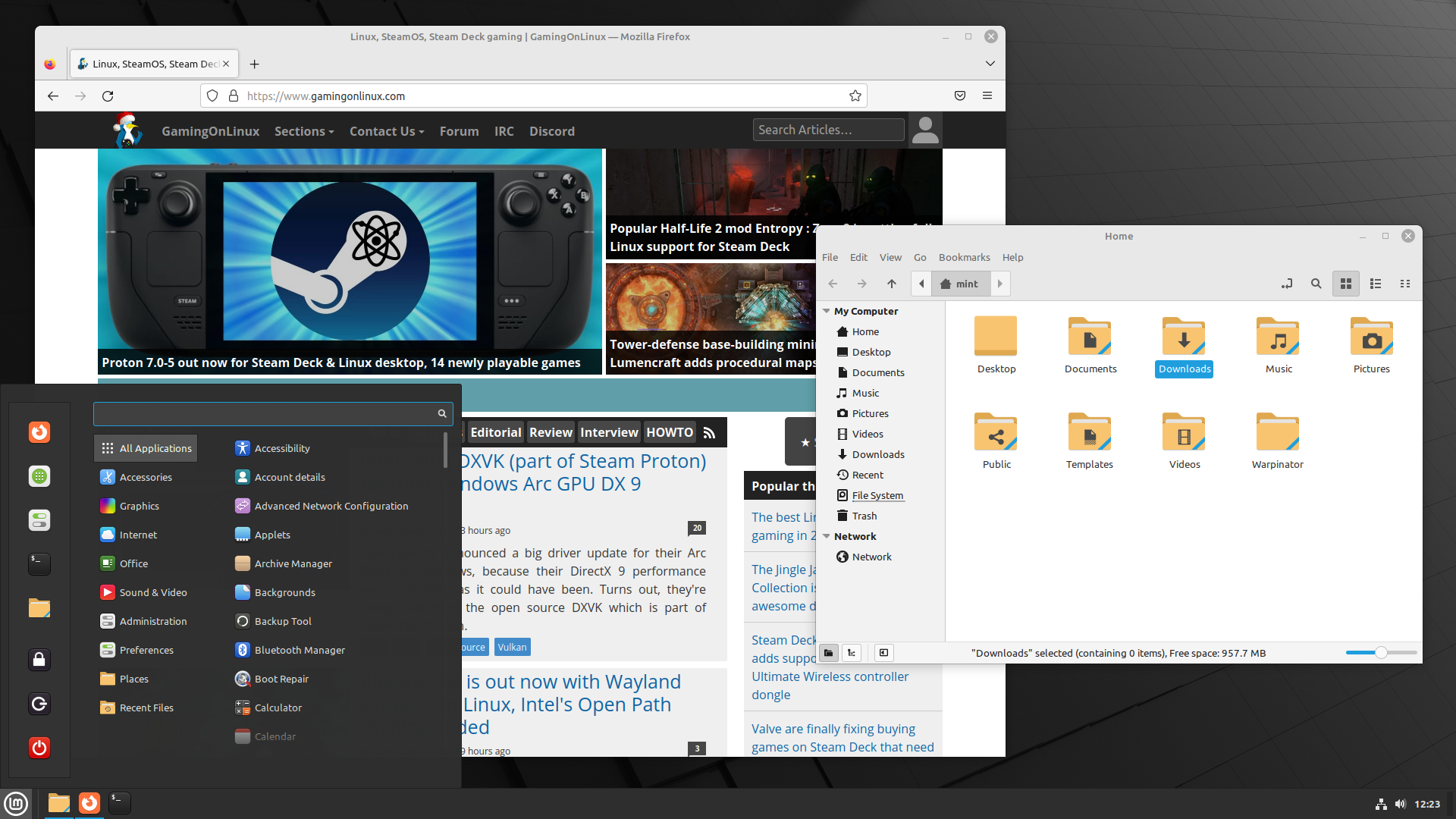 Other major changes include:

All of which can be seen in the release notes.

View PC info
I use Linux :)
2 Likes, Who?
Purple Library Guy 8 Dec, 2022
Jolly good. Might update my desktop soon.
I wonder when they'll give in and start doing Wayland stuff.
0 Likes
While you're here, please consider supporting GamingOnLinux on: