Here come a bunch more gamers using Linux, as Tesla have rolled out a software update that enables Steam in Beta.

Announced on Twitter with a video to show it off, you get access to many thousands of games. This is largely thanks to all the Linux work Valve has been doing through the Steam client, graphics drivers, Proton and more. Accessing Steam has been enabled on Model S & X (2022+) and requires "Premium Connectivity". From the changelog, it mentions specifically people can play anything that is Steam Deck Verified, although it's not clear if they're blocking games that aren't from working. So, it's basically a really expensive Steam Deck with wheels now.

Valve developer Pierre-Loup Griffais also put up a Twitter post on it, showing off a nice clear picture too: 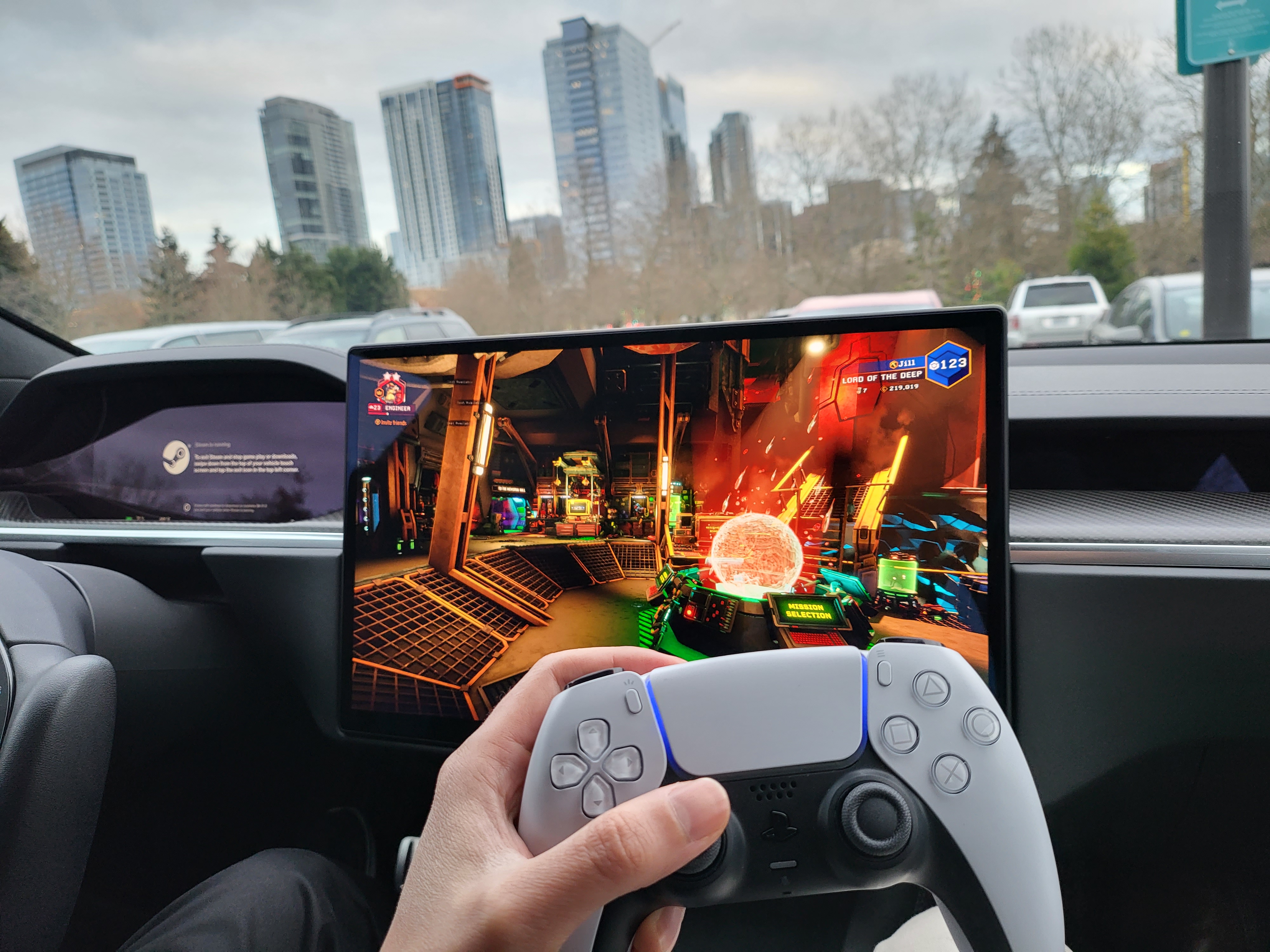 Previously, Tesla got investigated for the Passenger Play feature as the US National Highway Traffic Safety Administration thought it would cause a distraction and was a safety issue. To counter it, Tesla disabled it while the vehicle is moving.

About the author - Liam Dawe
I am the owner of GamingOnLinux. After discovering Linux back in the days of Mandrake in 2003, I constantly came back to check on the progress of Linux until Ubuntu appeared on the scene and it helped me to really love it. You can reach me easily by emailing GamingOnLinux directly.
See more from me
Some you may have missed, popular articles from the last month:
37 comments
Page: 1/4»

jordicoma 14 Dec, 2022
View PC info
- Sorry boss, I cannot go to work because I have no battery left after playing all day.
No, the car has to be a car, not a gaming pc. I prefer having less technology at the car and having more battery life.
8 Likes, Who?

View PC info
Turn the windscreen into a monitor. Turn the steering wheel into an input device. Not a bad rig for a driving sim!
8 Likes, Who?

Quoting: whizseTurn the windscreen into a monitor. Turn the steering wheel into an input device. Not a bad rig for a driving sim!

And with realistic crashes!
17 Likes, Who?

Quoting: whizseTurn the windscreen into a monitor. Turn the steering wheel into an input device. Not a bad rig for a driving sim!

And with realistic crashes!

No option to Reset back to the road

Haha! That's about the only description that would actually tempt me to buy a Tesla. And it's still a hard nope.
1 Likes, Who?
Mal 14 Dec, 2022

View PC info
Probably too late to convince anyone to a Tesla, as people are now looking for alternatives, where the company boss hasn't gone over to the Dark Side #DarthMusk
0 Likes

View PC info
what's the point of having a computer in a car, aside from increasing global microelectronics demand? I can understand ABS and other safety assistance, but relying on tecnology so much makes us too vulnerable, especially when all this hardware can be remotely controlled of blocked at vendor's will.

Quoting: SeegrasProbably too late to convince anyone to a Tesla, as people are now looking for alternatives, where the company boss hasn't gone over to the Dark Side #DarthMusk

Klaas 14 Dec, 2022
The steam logo on the dashboard is interesting.

Does anyone know if everything is controlled by a single device or is there some kind of redundancy? Running arbitrary code on a device that is potentially able to kill someone seems like a weird choice.
2 Likes, Who?
1/4»
While you're here, please consider supporting GamingOnLinux on: