Immortals Fenyx Rising is another from Ubisoft as they continue putting their games back on Steam, and sadly this release seems a bit messy on Steam Deck.

Thankfully, there's no annoying launcher issues here. While it does have Ubisoft Connect, much like Assassins Creed Valhalla, it worked out of the box. Although sometimes the Ubisoft Connect pop-up wouldn't go away, needing SHIFT+F2 set in Steam Input to load the overlay and disable notifications from it completely. The overlay itself also doesn't go away when you load it, so you need to then restart if it happens.

Sadly, there's a number of issues with the actual game directly. Firstly, they didn't even give it a controller configuration. So before starting, you need to go into Steam Input and set it to a gamepad as it defaults to mouse and keyboard. After that, you then get greeted by an intro cut-scene that will either have completely broken audio or go repeatedly badly out of sync. The audio issues persist in the game itself directly too. Side-note: even on desktop Linux the audio issues happen too.

Another problem is the grass rendering, it has a load of black line flickering across multiple testing graphics configurations. So right now, it's not something I'm going to suggest anyone pick up. 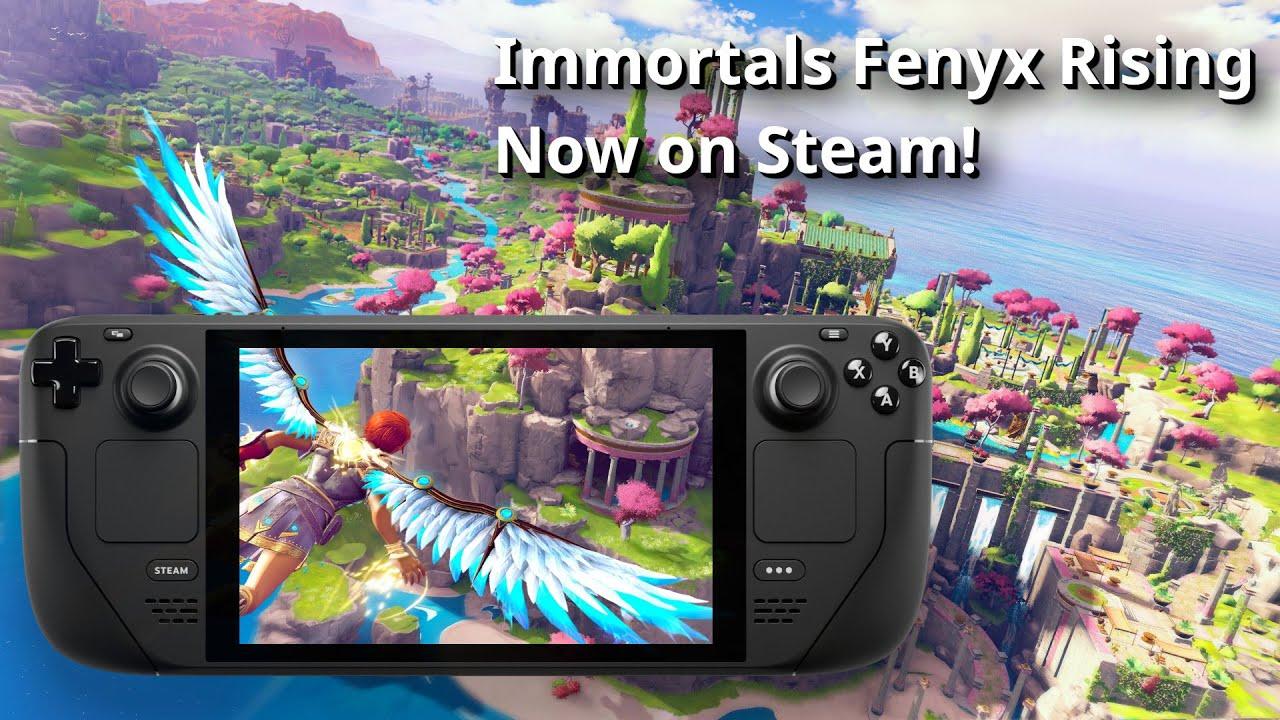 View PC info
I'll have to second Liam's experience. On my desktop Immortals does not play nice, whether through Lutris, Bottles, Proton (via added non-steam game), and now we can include Steam proper. I too have had issues with the sound disappearing, the game crashing upon plugging in a controller, black flickering lines and various other performance issues.

Definitely pass on this one for the time being. Also be aware that these issues manifest on Windows as well, at least mine do, apart from the controllers causing the game to crash.
1 Likes, Who?

jordicoma 16 Dec, 2022
View PC info
If I remember well, I tried this game on the switch and stadia (demo), and it had no problems.
It's a shame becouse I liked the demo.
Buy why have they have to have another laucher? I hate to have to have multiple lauchers to run a game.
I don't care about achivements, news or auto updates. What I want it's to play a game.
If I have to have multiple acounts to login a game, it's no fun.
1 Likes, Who?

View PC info
I played this at launch, and had no such issues. Wondering what introduced them, Proton updates or game updates. I'm guessing there's a magic Proton version out there with a specific dxvk build that probably still works well. I do remember using a self-compiled dxvk for some reason* though that I had to manually copy into the game's directory.

*EDIT: Although at that time I was building it from source pretty much all the time as it was moving so fast

View PC info
These launchers are horrible. Ubisoft connect is at least useable with a controller, but why do I need to relogin every now and then? How do I access a Passwort-Manager in gaming mode without being a horrible experience.
I think launchers should disqualify for deck verified in general.
0 Likes
JustinWood 18 Dec, 2022

I'd be making a liar of myself if I claimed I was shocked or surprised that Ubi hasn't even done the bare minimum in bringing these games back to Steam. Lack of support for achievements is an annoyance but one that I know is contentious at best, and actively dismissed otherwise, but this just smacks of laziness and a desire to pad out their Q4 income on the cheap. Haven't bought from Ubi since they gave me a copy of Watch Dogs Legion as a thank you (and boy, did that feel back handed), and I sure hope they don't think this will change my tune anytime soon.
0 Likes
While you're here, please consider supporting GamingOnLinux on: