I'm all outta gum. The Duke Nukem Forever Restoration Project is coming along nicely and a fresh trailer is out to show it off.

This is not an official project of course but a bunch of modders working together to restore some of what could have been the original vision, before it went in a different direction. Specifically they're noting it's tailored more towards the leaks of the early versions of the game from 2001. 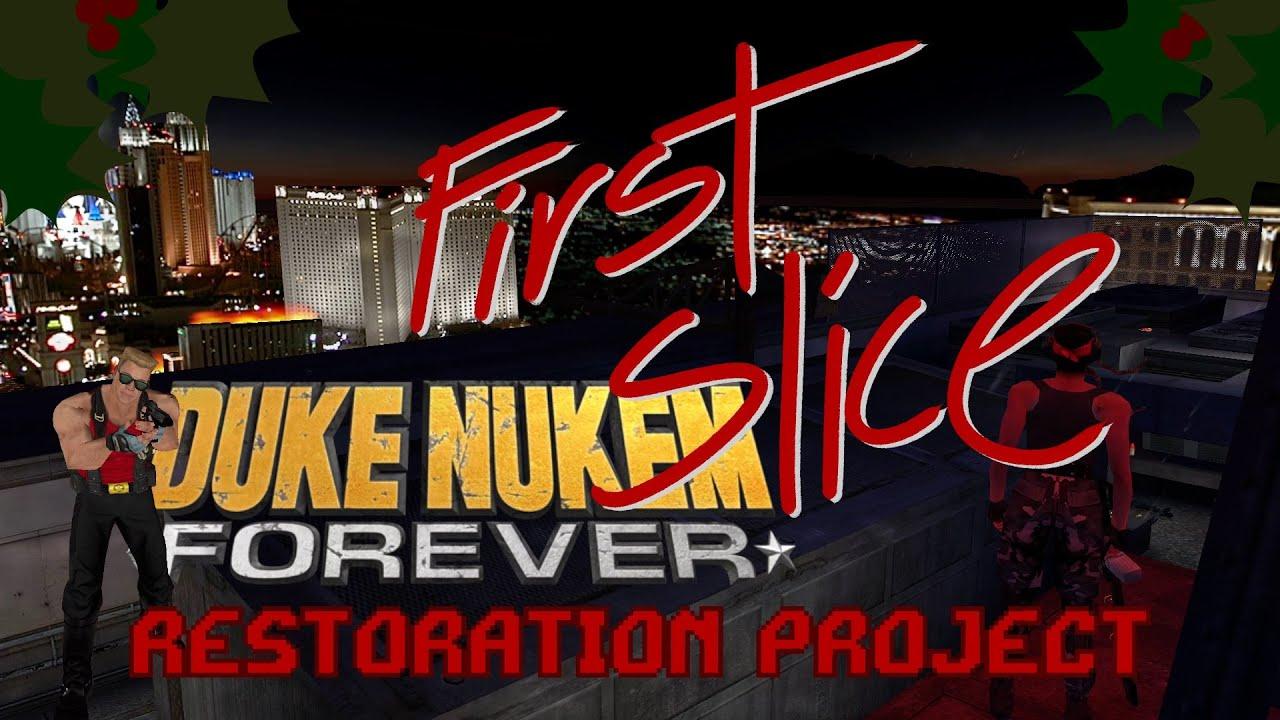 I'm honestly surprised no one has tried to stop them. Then again, why bother? It's not like the original is worth protecting and this might even help surge interest in Duke again for a new proper game done right.

"Current progress has been focused on finishing the polish for the first chapter of the game, 'High Stakes, Lady Killer' and working on a plethora of render and engine fixes alike; with many major and small fixes already developed, such as a proper 'hair fix' and progress on an entirely new renderer for the game in DirectX® 9. Much of the content seen in the E3 trailers and promotional material for the game have been restored, with an all-new story being developed by a story team to bridge the gaps between what we know about the game and what we don't." — Mighty Foot Productions

You can follow it on Mod DB. It likely won't have a Native Linux version but it's DirectX 9 so no doubt it will work quite well with Wine and Proton. A slice of it will release tomorrow, December 21st for people to try.

View PC info
"So there IS life after death." - Duke Nukem
1 Likes, Who?

Quoting: melkemind"So there IS life after death." - Duke Nukem

Trailer looks quite amazing, at the same time. I'm not sure if a whole game would be all that fun? The Duke is best appreciated in small doses.
2 Likes, Who?

View PC info
3D Realms (formerly Apogee) is now owned by Saber Interactive (actually, it's owned by Embracer Group, because they're the parent company), which leaves them in control of the Duke Nukem trademark. They probably have better things to do than pursue trademark infringements on a series that hasn't seen a release in 6 years (one can hope, at least).
0 Likes
TheRiddick 21 Dec, 2022

View PC info
Usually they wait until the project is 99% complete before sending in the lawyer army.. lol
0 Likes

View PC info
If anything, the current IP owners should just pay these guys and publish the final result.

Quoting: pleasereadthemanual3D Realms (formerly Apogee) is now owned by Saber Interactive (actually, it's owned by Embracer Group, because they're the parent company), which leaves them in control of the Duke Nukem trademark. They probably have better things to do than pursue trademark infringements on a series that hasn't seen a release in 6 years (one can hope, at least).

They too, have felt the warm embrace of Embracer Group.
1 Likes, Who?
Purple Library Guy 21 Dec, 2022

They too, have felt the warm embrace of Embracer Group.

I'm still waiting for the shift to Extender Group and finally Extinguisher Group.
3 Likes, Who?