You think I'm joking? I'm not. Okay, okay. It's not a game but I'll get to that in a moment. The Steam Deck has transformed everything about gaming for me.

At the risk of people pointing out how I'm repeating myself, and how I've likely said all this before in various places: yes I probably have but I'm going to bore you with it again because I can.

The freedom the Steam Deck affords is just a constant reminder of how I hate being sat at my desk for most of the day, the feeling of being shackled to it sets in quite quickly if I start up a game on my actual desktop PC now. I would much rather unhook my Steam Deck from the charger, and go be a potato on the sofa with it. There's just something about the feeling of being that much more connected to the gaming experience too when you have it all there in your hands. I'm certain I'm not alone in that feeling either.

Valve had a great year with it too and I'm ridiculously excited for what 2023 brings.

What's my actual game of the year for 2022 though? Well, this might surprise and even shock you but it's Vampire Su…just kidding. It's actually not the very good Vampire Survivors. While it has sucked away many hours from me, and again it is very good, it's not my game of the year.

Despite many good games released across this year, and a lot of high profile releases too, I ended up being sucked in by something small. The majority of my time actually gaming now being on a Steam Deck either handheld or docked in various rooms, can easily be part of the why on this too.

Similar in many ways to Vampire Survivors, but I honestly like Brotato so much more. Brotato is a frantic top-down arena shooter roguelite set in a small arena (although certain characters can change the arena size). You pick a character from a growing list, each with their own pros and cons, and run around as a potato shooting at everything else that moves.

When you level up you choose from various power-ups and pick from multiple weapon types that you also get to upgrade. It becomes absolute madness once you get a good few waves into it and that's also what I love about it, the timed waves let you know clearly how long you've got left until you get a breather again. Your characters changing visually based on your weapons is a thoroughly nice touch too, some of them really make me laugh.

Here's a previous video I did on it: 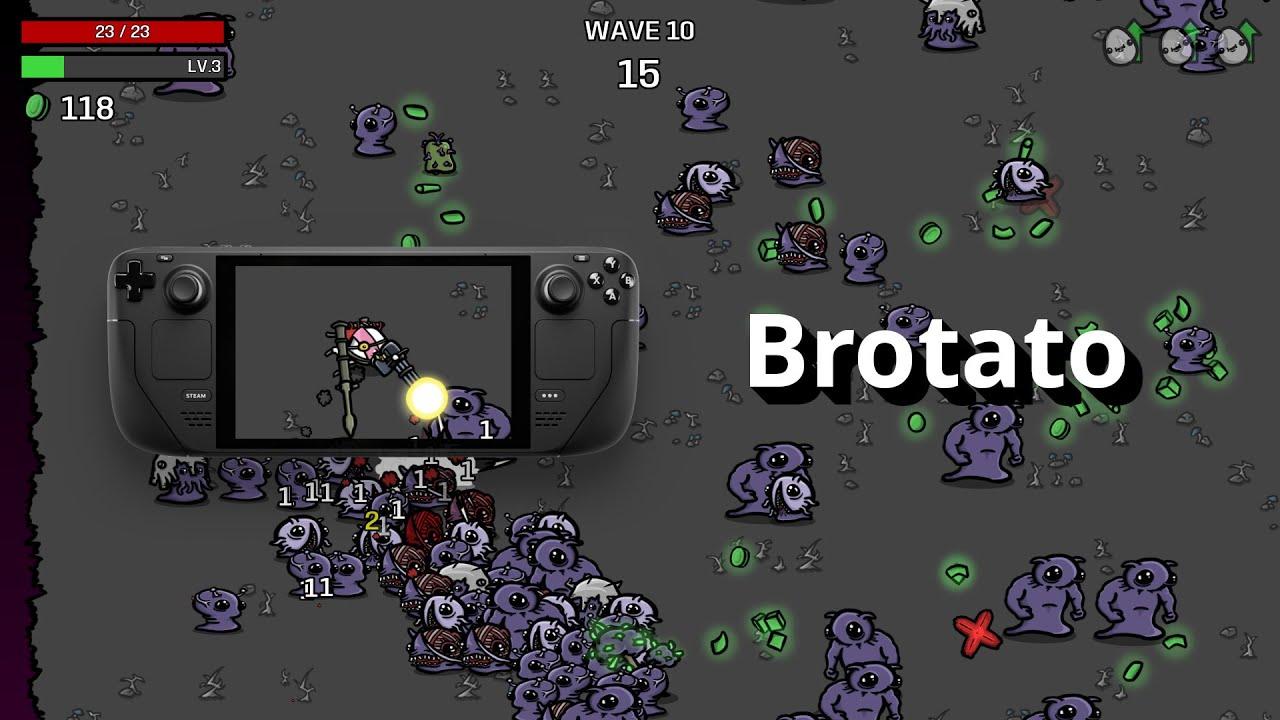 About the author - Liam Dawe
I am the owner of GamingOnLinux. After discovering Linux back in the days of Mandrake in 2003, I constantly came back to check on the progress of Linux until Ubuntu appeared on the scene and it helped me to really love it. You can reach me easily by emailing GamingOnLinux directly.
See more from me
Some you may have missed, popular articles from the last month:
22 comments
Page: 1/3»

View PC info
For the story, the lore and the gameplay, God of War, hands down. On my Steam Deck, what a ride!
3 Likes, Who?

Quoteyes I probably have but I'm going to bore you with it again because I can.

View PC info
The Steam Deck is a game, of course; if it weren't it would've had a keyboard.
https://www.youtube.com/watch?v=UK9VU1aJvTI
3 Likes, Who?

View PC info
My Game of the year 2022 is definitly Manjaro Linux. as much as 3rd party tools new technologies in software development advances as mostly Transgaming cross-platforming and so on. Manjaro Linux enabled me to play almost any game i playing on windows. as Out of the box.
also you can connect Keyboard and mouse to your own beloved manjaro linux.
btw dont miss to feed and keep warm your horse in Red Dead Redemptions 2

Turkeysteaks 20 Dec, 2022
View PC info
My game of the year is honestly Dying Light 2. Came out at the perfect time for me and resonated with me.

I've spent most of the rest of the year (re?)discovering many indies on my deck. While I prefer the desktop experience especially for bigger games, the deck has really brought me a new love for short, immersive indies. Katana Zero is likely my favourite so far.

Anyone got any recommendations for short-ish indies on the deck? Have been trying to get through my backlog, but too easy to get addicted to endless roguelikes at the moment.
0 Likes

I like my steam deck, but it didn’t really change gaming for me other than a return to bad posture. I am still running budget graphics on my rig, so the transition to a less powerful machine that caps everything at 720p hasn’t really affected me.

My game of the year is probably Atomicrops which didn’t come out this year but did drop some mighty fine DLC.
0 Likes

Quoting: TurkeysteaksAnyone got any recommendations for short-ish indies on the deck? Have been trying to get through my backlog, but too easy to get addicted to endless roguelikes at the moment.

Point and click adventure games work really well on the Deck, and are one-and-done.
3 Likes, Who?

My all time favourite arcade game..... This game is so much awesome much...... Its so wacky and zany.... The enemy design and variety is excellent..... The bosses are from an acid trip....... Its so sad the aracde machine did not sell well cause the game is awesome fun and everyone should give it a go...... And they knew what they were doing when they named the game Ninja Baseball Bat Man.......
1 Likes, Who?

Quoting: TurkeysteaksAnyone got any recommendations for short-ish indies on the deck? Have been trying to get through my backlog, but too easy to get addicted to endless roguelikes at the moment.

Point and click adventure games work really well on the Deck, and are one-and-done.