A new on-rails survival rogue-lite shooter? Sign me up. Whisker Squadron: Survivor is from the same team as Race the Sun, and the first in the Whisker Squadron series. There's also a demo right now.

The actual Whisker Squadron game is still coming, but this is less about story and a smaller tighter game for fans of the survival genre that wish to keep on going as long as they can, while upgrading into a unique build. Think of it like a mashup between the classic Star Fox and Vampire Survivors.

With my love of anything resembling Vampire Survivors, and some very fond memories of Star Fox 64 I nearly dropped my Steam Deck in excitement to try this one. It feels really good, looks really good and it seems to work perfectly out of the box both on Steam Deck and Linux desktop. Here's a little Steam Deck footage: 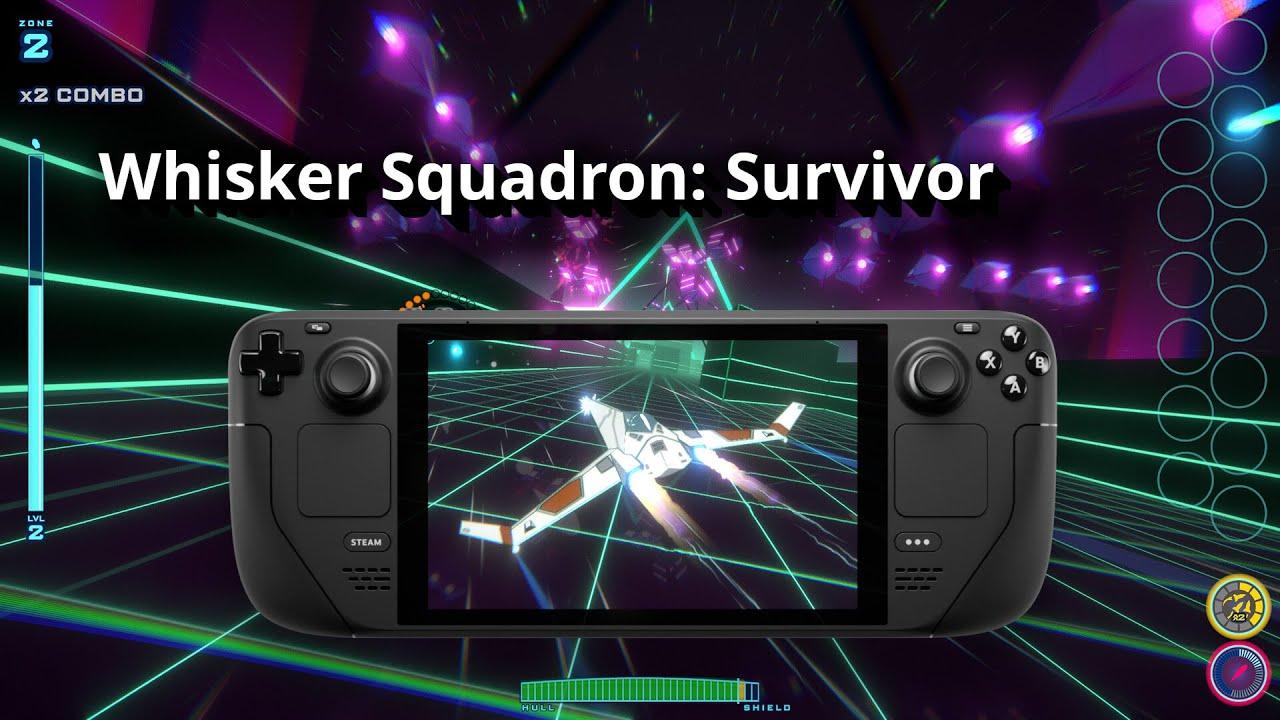 I discovered this thanks to my own excitement over the other Whisker Squadron game they're making, since I personally pledged to their Kickstarter some time ago where they announced this game before the Steam page went up.

Check it out on Steam. The demo has a Native Linux version and so will the full release planned for 2023.

elmapul 21 Dec, 2022
View PC info
looks great aside from the profile pic of the characters, and the music.
ex zodiac looks like an better option, or both, if you are desperately in need to play an new starfox'esque game , since nintendo take forever to launch an new one and there isnt much competition in that market/niche.
1 Likes, Who?

View PC info
Yee - this is exactly my sort of thing! I hadn't even heard about the full version of Whisker Squadron (though I do remember Race the Sun drawing some comparisons to Star Fox way back when), so thanks for the heads-up on both, here!

Quoting: elmapulex zodiac looks like an better option, or both, if you are desperately in need to play an new starfox'esque game , since nintendo take forever to launch an new one and there isnt much competition in that market/niche.

Ex-Zodiac is fab too (one of my games of 2022, even though it's unfortunately not yet finished), but this Survivors-esque title doesn't look to be the same sort of thing, so I reckon there's plenty of room for both.