Valve revealed the most played games on Steam Deck for 2022

Valve put up a big list of all the top games on Steam for 2022, and they've given a breakdown across different categories like the Steam Deck. So here's what they listed as the most played, plus a note about the best reviewed games released playable on Steam Deck in 2022.

Firstly the big Valve list: these games are what Valve say had the most daily active players on Steam Deck through 2022:

Additionally, going by SteamDB these are the top 10 best user-reviewed games released in 2022 that are Steam Deck Verified (from top to bottom): 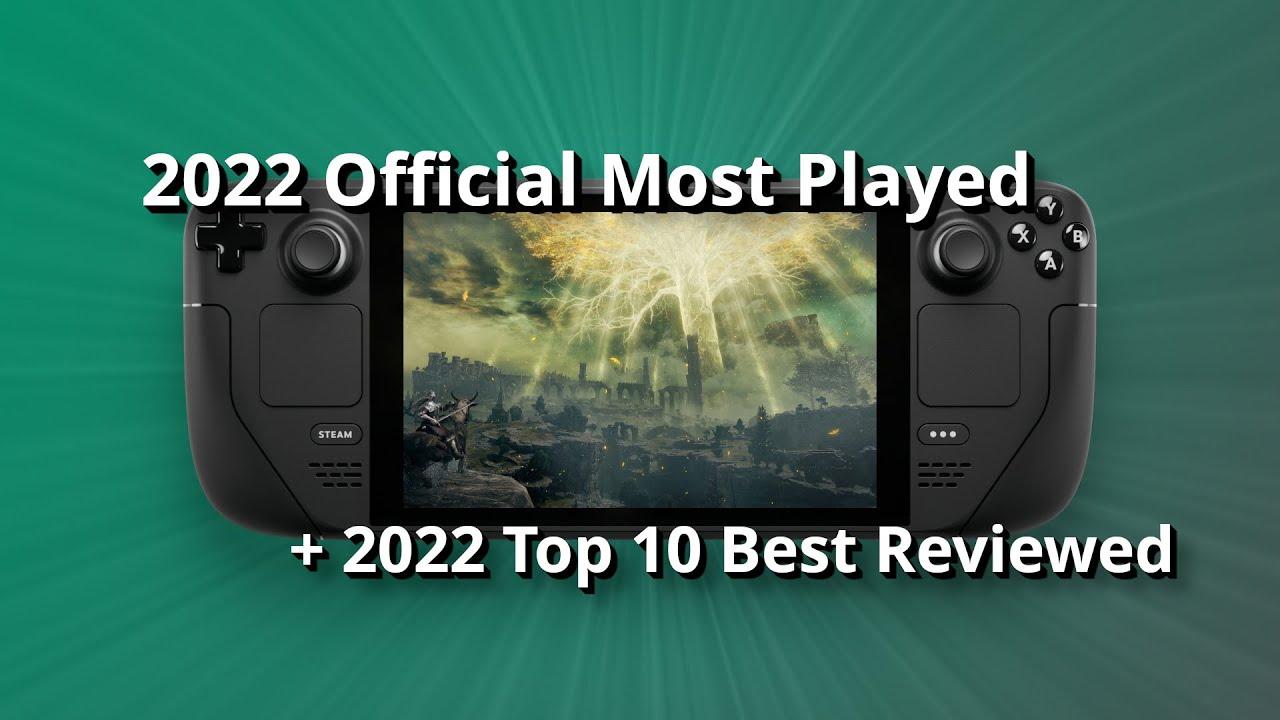 View PC info
Didn't know about CULTIC, is it that good?
0 Likes

Quoting: lukas333Didn't know about CULTIC, is it that good?

Only played demo, but it looked extremely good. If you ever played Blood (the first one) this is pretty similar to this, but with some nice modern improvements.
2 Likes, Who?
udekmp69 31 Dec, 2022

PC gaming has such a gigantic library of games.
8 Likes, Who?

Quoting: lukas333Didn't know about CULTIC, is it that good?

I liked it. I didn't think it quite reached the level of Dusk, which is my favorite of the recent boomer shooters, but it is fun.
1 Likes, Who?

dvd 31 Dec, 2022
View PC info
Interesting that Cyberpunk is still there given how buggy and frustrating game it is.
0 Likes

Quoting: dvdInteresting that Cyberpunk is still there given how buggy and frustrating game it is.

I've put 30+ hours onto that game on my Deck and have so far only encountered rather mild visual bugs.
1 Likes, Who?

View PC info
See you all next year
0 Likes

Quoting: dvdInteresting that Cyberpunk is still there given how buggy and frustrating game it is.

I've put 30+ hours onto that game on my Deck and have so far only encountered rather mild visual bugs.

I did a second playthrough of it on the latest patch, and ironically encountered more bugs (floating radios at main quest locations, getting lunched into the stratosphere from a motorbike, enemies fusing into cargo crates etc...) than in one of the first patches. Performance is worse too. But that is not what makes the game frustrating for me.

It's just that the cool artwork and some interesting characters are hidden in a bad game. It truly feels like you're playing just to get to the next dialouge/cinematicy moment. In the witcher 2/3 i loved those as well, but combat/free exploration was interesting in its own right.

On my second playthrough i was surprised how much less of it i remembered after 1 year gap compared to the witcher which i last played 2 years ago. I guess hype truly carries a game. I'd hope they can carry the good forward to the next and come up with something better for the rest.

It's a shame too as I think a lot of good stuff got buried in the crap game: Johnny, Judy, Panam, the the Peralez', Jackie, Goro, Misty, Viktor, Evelyn they are all interesting characters and would've been better served if they focused more on normal missions than on 'gigs' and whatever. (and they put the Johnny missions, that are some of the best at the end so so its easy to miss wtf...) I refused to do any of those in my second playthrough, simply since the gameplay is the worst part of the game. There is no difficulty, "Very hard" is a cakewalk, only "challenge" is the 1-shot snipers in maybe 2 of the late game missions. Otherwise the enemy couldn't really scratch my character, which was an anti-tank build btw.