Very much as expected, NVIDIA at CES today announced the new NVIDIA RTX 4070 Ti to launch on January 5th. 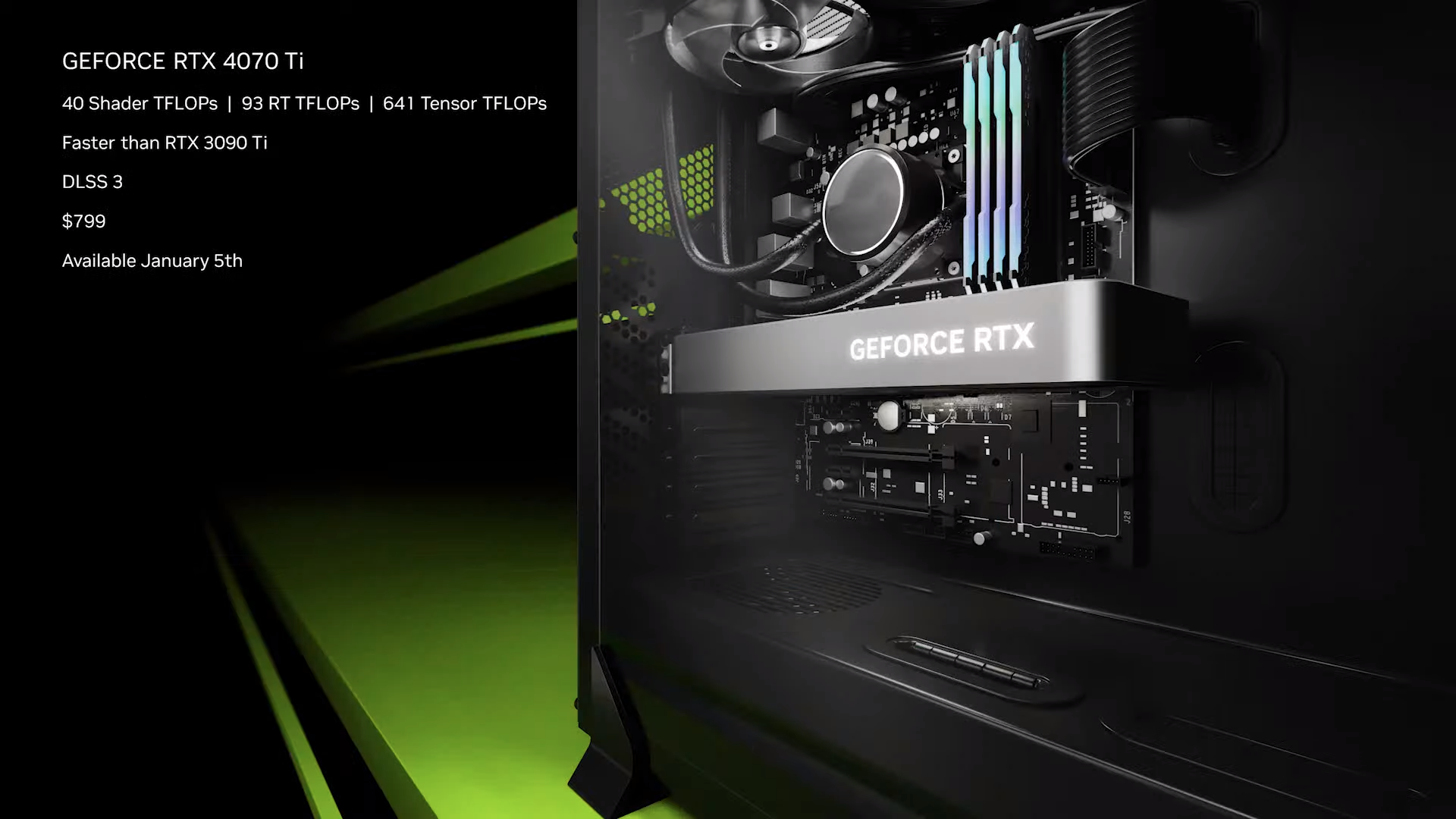 From what NVIDIA say, it will "max out" a 1440p monitor and it's apparently faster than the RTX 3090 Ti while also using less power. However, keep your pinch of salt at the ready until you see third-party benchmarks as this announcements are always cherry-picking data and NVIDIA don't even go into what settings where used and it's likely also making use of things like DLSS 3.

Anyway, this is what they showed: 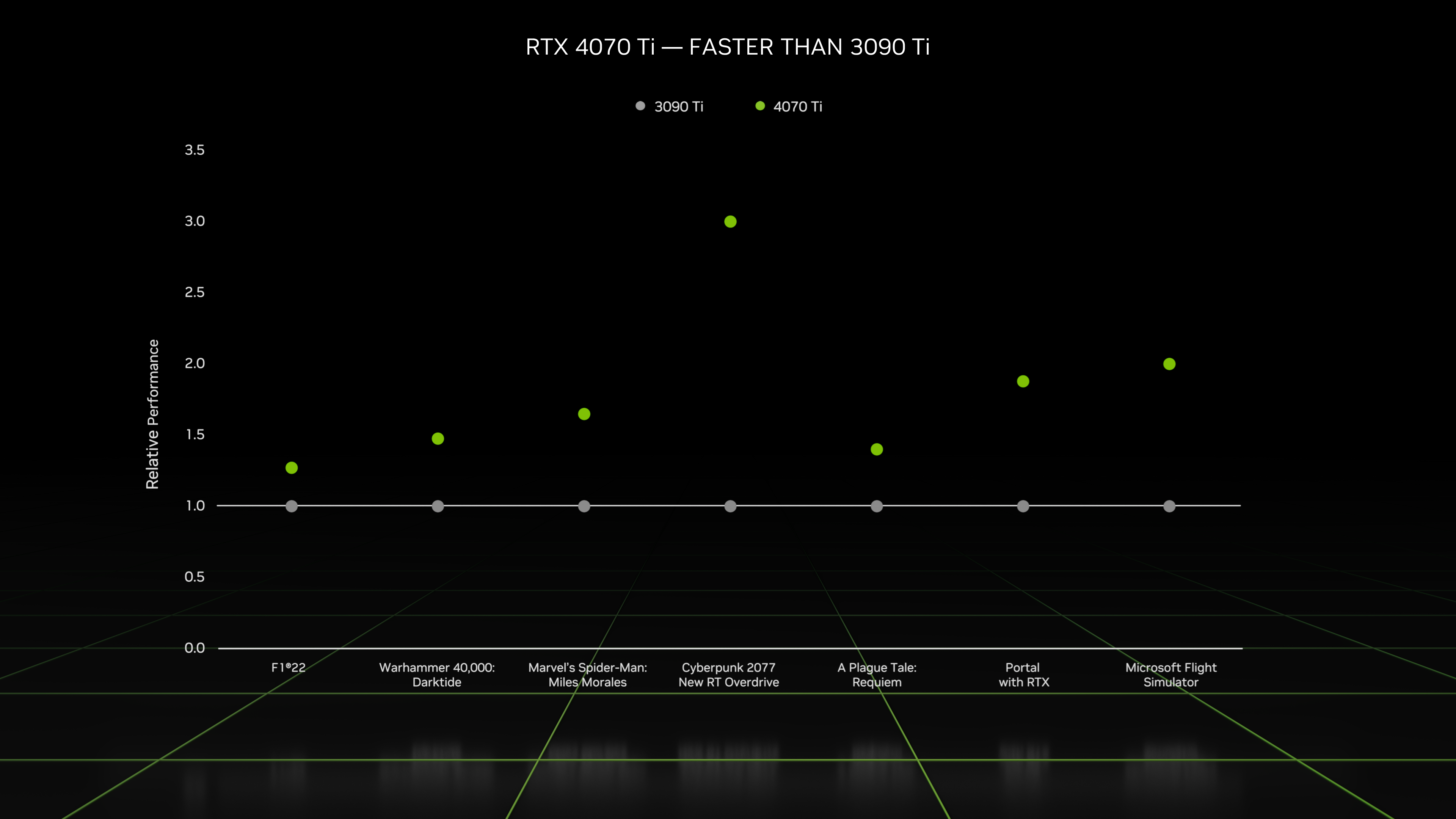 More on it in their blog post and the product page.

View PC info
No stats post this month, but it finally happened! AMD usage on GOL got ahead of Nvidia:

I imagine that it's very special circumstances. Like everything measured with full ray tracing and DLSS3.
3 Likes, Who?

jordicoma 4 Jan
View PC info
It's to expensive for a 70 series. It should be under 400€$.
Nvidia thinks money grows on trees.
1 Likes, Who?

View PC info
Man Nvidia is smoking that uber good stuff to think any reasonable person is going to buy a 70 ti class GPU for MORE then what an 80 class GPU should cost. man I truly wish AMD would get their &^$# together and put a smacking on Nvidia!
1 Likes, Who?

Quoting: InhaleOblivionThis is a hard nope for me. This card should be $599-$699 tops.

NO, the card should be 300 absolute tops!

The whole GC market is nuts.

Quoting: tohurman I truly wish AMD would get their &^$# together and put a smacking on Nvidia!

J/K aside Am out of the PC hardware crap, With the pricing of components gone the way they have am not prepared to fund pure greed.

Went a treated my self to an FX impact M3 and a pard ds35 scope a few weeks ago instead!

View PC info
I really, really want to like Nvidia.

In the past two decades, my graphic cards were from the green team, From the MX200 onward, I hopped through most generations - either for my gaming rig or for friends/family - until my current 1080Ti. For such a long time they were synonymous with decent graphic boards on Linux.

But these days it's becoming harder and harder to like and support NV, with their products and policies.

It's quite disappointing, to put it mildly.
0 Likes

View PC info
I've always used NVIDIA GPUs, and they've always been pricey. Pricey enough I only bought them a generation or two behind whatever was newest. And that's been okay, up until recently, anyways. The price of this newest bit of NVIDIA kit reassures me I've made the right decision buying an AMD GPU in the near future.