Just recently the project had a 0.5.4 Beta release, which is the first to have Native Linux support, along with using the CMake system. It has been tested across Ubuntu, Mint and even on a RaspberryPi.

Current limitations as of version 0.5.4:

It does require the original games, like a lot of open source game engine re-implementations. You can buy the whole pack legally thanks to GOG.com. 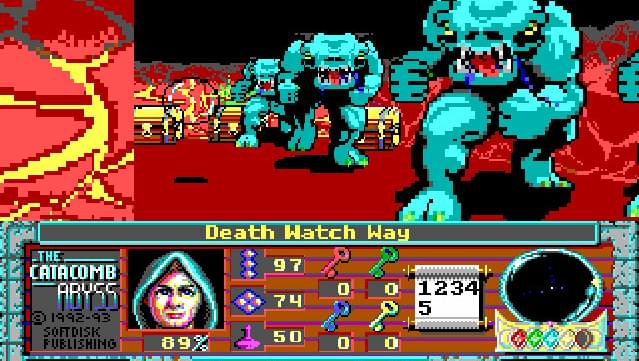 The Catacomb Abyss screenshot from GOG.

Never heard of the series? According to the GOG description: "Catacombs Pack is a fantastic compilation of the classic fantasy FPS series. Step into the shoes of one Pelton Everhail, the greatest of the living wizards. Discover secret, long-forgotten treasure troves as you blast away the walls with your powerful magicks. Explore twisting mazes filled with deadly traps and even deadlier denizens. Face Nemesis and fight for your life and those that depend on you. Enter the Catacombs, if you dare and witness the true roots of the First Person Shooter genre on the PC!"

View PC info
The original DOS version was unplayable with that ridiculous low FOV. Luckily, CatacombGL allows you to configure a normal FOV.

Did full playthrough of all games during the pandemic. Back then CatacombGL already "felt" finished (except for the Linux support).

With other words, you don't need to wait for a 1.0 release. Go play the Catacombs now on Linux!
1 Likes, Who?

View PC info
My brother is poking me to mention that ReflectionHLE also supports Linux:
https://catacomb.miraheze.org/wiki/ReflectionHLE

As well as the Catacomb games it also works with Keen Dreams, Wolfenstein 3D, Spear of Destiny, and Super 3D Noah's Ark.
2 Likes, Who?

View PC info
I think I played Catacomb 3-D after playing Wolfenstein 3D. Don't remember getting far though. Both games have bit of problem in maze maps and everything looking the same.

I played Doom much more, but that had lot of impressive features and more varied maps.
0 Likes
While you're here, please consider supporting GamingOnLinux on: