Druidwalker is an upcoming peaceful card-based roguelike about exploring

Coldwild Games developers on Luna's Fishing Garden, Merchant of the Skies, Lazy Galaxy 2 and more have announced another peaceful game with Druidwalker.

They say it's a peaceful roguelike that allows players to relax and enjoy the journey, without the fear of failure or death. You take on the role of a powerful druid preparing the forest for the approaching winter. You explore various hand-drawn landscapes through cards you flip about with no pressure along with some peaceful instrumental music. 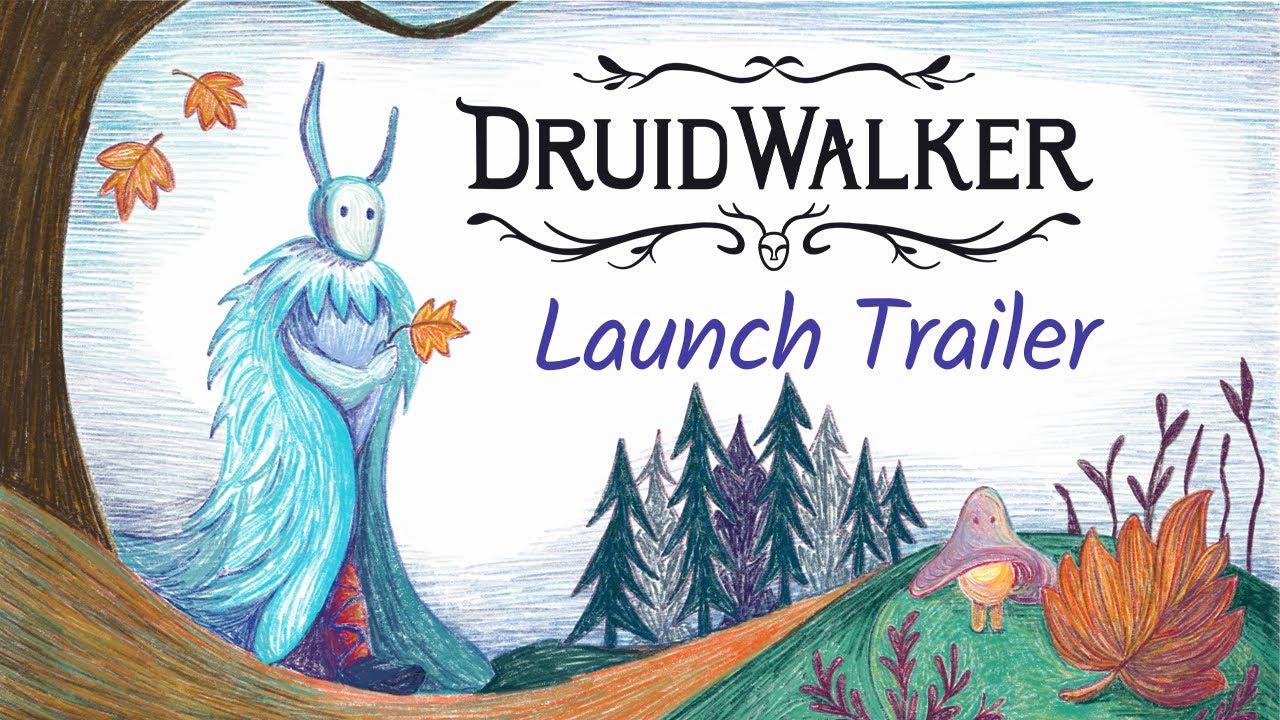 About the author - Liam Dawe
I am the owner of GamingOnLinux. After discovering Linux back in the days of Mandrake in 2003, I constantly came back to check on the progress of Linux until Ubuntu appeared on the scene and it helped me to really love it. You can reach me easily by emailing GamingOnLinux directly.
See more from me
Some you may have missed, popular articles from the last month:
5 comments
Purple Library Guy 9 Jan
OK, so peaceful and relaxing, fine, I can work with that.
But looking at the trailer I can't figure out if there's any actual gameplay; it's like the cards are just smaller, less immersive substitutes for seeing your character actually walk through forest scenes. Like it's a walking simulator that doesn't actually simulate walking. If that's all there is, I don't think I'd really be into that.
Hopefully there's more. It's not like these people can't make games; I rather liked Merchant of the Skies.
1 Likes, Who?

View PC info
Similar feeling here. No idea what’s going on in that trailer other than cards being flipped.
0 Likes

View PC info
Ok, I felt like responding to the posts above, despite not having any connection to the game or its developer.

It reminds me of Reigns and Reigns: Her Majesty in that it looks like it is about making choices, and although I think I would agree that the trailer does not do a good job of showing what's happening, you can see that choosing some cards results in some stats changing at the top left corner, that new cards show up, and that there is a general change happening. It bills itself as a roguelike, so I assume it means that the choices, presumably representing your path through the forest, are procedurally generated.

QuoteLike it's a walking simulator that doesn't actually simulate walking.

I'm also reminded of a Jay Is Games title banner that had games built into it, and there was a maze to traverse that wasn't represented as a typical maze. So instead of moving through an obvious path, you had circles that seemed to appear or disappear when you pressed one of the four directions, and it turned out that those circles were the walls of the maze. Instead of the walls sliding around you like you typically would expect if your avatar was stationary on the screen, they changed state from existing to not existing. It obscured the fact that it was a maze, which was part of the experience of trying to solve it.

And maybe more directly, it looks kind of like any abstract card game you can get at a board game shop. The theme is there but doesn't always require you to represent elements from that theme directly to be an enjoyable experience.

It may not be everyone's preference for a game, and I might be completely wrong about what the developer was going for, and as I said, I agree that the trailer could have communicated better what was going on (is it a lack of visual/audio feedback that might help?), but I don't think it is that unclear what it is going for.
0 Likes

View PC info
Personally, I really like card based gameplay.
If you don't like it just play something else.
0 Likes
While you're here, please consider supporting GamingOnLinux on: