The next Valheim biome will be Ashlands, a land of the dead

Valheim developer Iron Gate AB has begun teasing the next biome update, and they're doing things a little bit differently with Ashlands. They're not going to be so secretive about it, as they want to be more transparent. This will also likely help for those who kept thinking they weren't doing enough, as their community was quite outspoken on how long Mistlands took to arrive.

While they won't be as secretive, it may mean they show things that don't end up making it into the game.

Ashlands is also not going to be spread across the map, instead it will be placed at the far south as a big volcanic island. They're also sharing some pre-production concept art of what they want it to have: 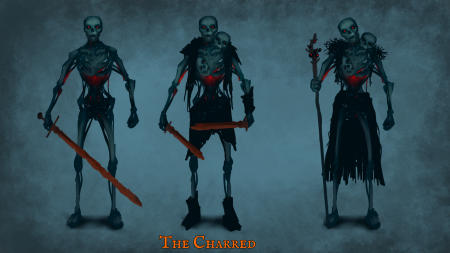 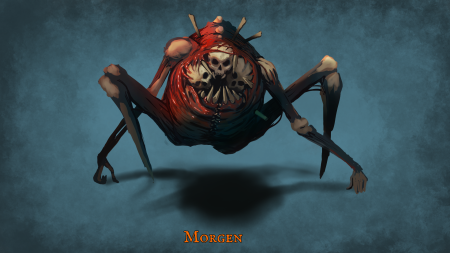 In regards to it taking a long time to add a new biome, they said they they do have some " fun things planned for you between then and now", which does include an Xbox version that has full cross-play support so you'll be able to play with your console buddies. They also teased some difficulty settings and something called "Hildir’s Quest", which will be a new NPC and a new way to re-style your hair. More clothes seem to be coming too: 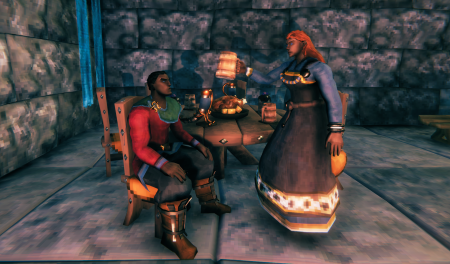 Accessibility is also going to be a focus in future, as they want more people to be able to play the game. They've suggested sending them an email, if you have a disability or anything else that affects your gaming to chat about possible solutions that might help. Nice to see a focus on that.

View PC info
Considering that the game can be quite disabled when it comes to performance, it would be nice if they focused on that - as well as more content - before they start adding accessibility features.
The team seems very limited when it comes to resources, reaching a 1.0 version when it comes to content, to get out of early access, should be their focus. It seems they haven't expanded very much, despite selling a lot of games.

I don't mind them adding accessibility features, but that feels like something worth doing when you have a functional game.

Don't be mistaken, I have a lot of respect for Iron Gate and I've spent 200 hours in Valheim (almost the only game I play).
1 Likes, Who?

View PC info
I think this game misses a relax mode, or a way to better set difficulties for casual and relaxing-after-work gaming. I like exploring, constructing, but to enjoy this game I had to use cheatcodes, which also destroyed its interest. This mode to hard (with no sense) games like eden ring, with no way to lower the difficulties to live the story, explore the lore quietly is disappointing. A simple way would be to propose a "quiet" mode formexample where when you die, you respawn in the bed with your stuff. This way you only loose time when taking risk, and to code, that wouldn't be too complex! Add one or two badges for the hard-core so they can play "who's the biggest", and every one would be happy.
First Doom, Hexen, etc. had difficulties levels to enjoy all.

I also agree that like many current games, it lacks of optimisation. Developers must make effort to port their games so they can be used on laptop and steamdeck with draining batteries in minutes (especially considering graphics not complex), without making all fans hurling or burning my bed comforter to display simple graphisms (why now strategy games turn-by-turn like "Old world" or "ozymandias", with quite simple graphism, need so many resources??) .
1 Likes, Who?

Quoting: Geppeto35This mode to hard (with no sense) games like eden ring, with no way to lower the difficulties to live the story, explore the lore quietly is disappointing.

I actually never played any Souls like game but I like watching streams bout it. I don't think this game can compare to Souls-like level of difficulty. But I guess it has a steep initial learning curve each time you start a new biome. The most similar game I played to this is Conan Exiles. In my opinion the issue on this game is that when you die and need to recover your corpse it can be really time consuming if you didn't have a plan B with a portal or a spare set of good armour and weapons. In conan exiles if you die it's a lot easier to recover your corpse, in conan usually places are uncovered more wide/open areas, so it's easier to outrun enemies and avoid getting cornered. How this game is designed with constrained areas to outrun enemies like small dungeons with small alleys makes it really tough sometimes to recover your corpse. This is the number one issue this game has. So I agree with you that the game can punish you in excess for dying sometimes tho. It's a problem on how the game is designed and maps laid out, I think the devs are aware of this issue that's why they added the option to restore a backup of your character and inventory recently.


Quoting: Geppeto35I also agree that like many current games, it lacks of optimisation.

Agreed, in Mistlands or other biomes where it's foggy my FPS dip to 40ish. Performance is barely acceptable.


Last edited by Koopacabras on 22 January 2023 at 10:40 pm UTC
0 Likes
While you're here, please consider supporting GamingOnLinux on: