Formerly named Agape, GameImage is a way to package up games with either Wine or an Emulator into a portable AppImage that could be useful for the Steam Deck. I could have sworn I wrote about this before, but apparently not. Edit: it was Winepak I was thinking of previously.

As the developer on the project explains, emulation is popular and with the Steam Deck here people are doing a lot of it. However, configuration can be an issue, with files getting messed up or going missing and so GameImage aims to help with that as it packages up a runner (like an Emulator or Wine), a game and it's configuration files into a single AppImage.

Now, I should note, there's some obvious legal stuff around this that could cause issues with people sharing their creations with it that could contain full games. So it's of course something more for personal use. That, or you could share creations without the game perhaps for people who just want the configuration all set up and ready for you to slot your game files into after.

Another problem though is bloat. For the Steam Deck especially, drive space is always a concern. Every AppImage made with GameImage would contain duplicates of whatever emulator or Wine version being used, which is the point though, since it's all about being self-contained and easy to run anywhere be it a Steam Deck or desktop Linux. It does use squashfs, which will compress them to save a bit of room.

It currently supports RetroArch, PCSX2, RPCS3, yuzu and Wine. It also supports having a proper logo for each AppImage too, as the developed showed in their example: 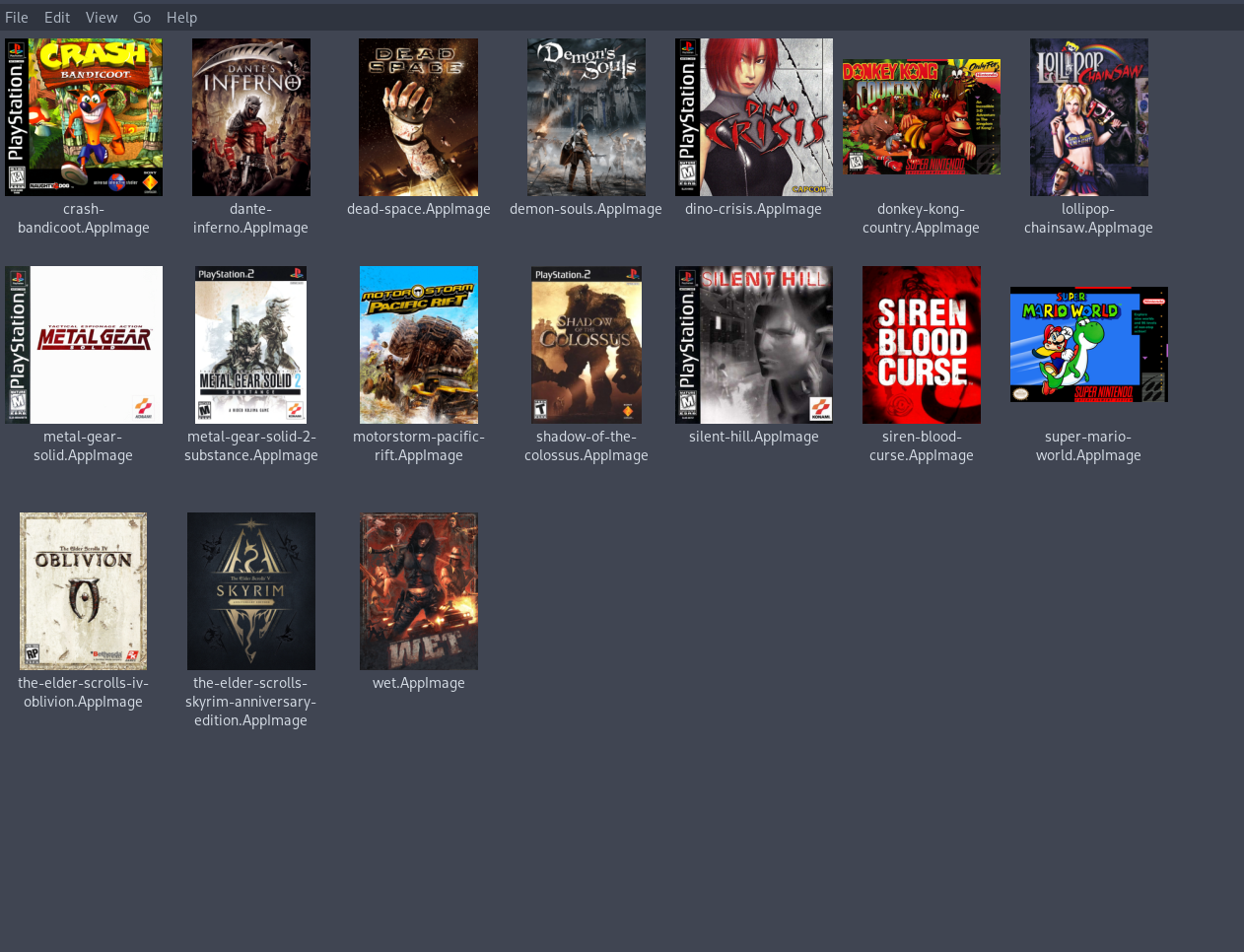 What do you think about this tool?

About the author - Liam Dawe
I am the owner of GamingOnLinux. After discovering Linux back in the days of Mandrake in 2003, I constantly came back to check on the progress of Linux until Ubuntu appeared on the scene and it helped me to really love it. You can reach me easily by emailing GamingOnLinux directly.
See more from me
Some you may have missed, popular articles from the last month:
11 comments
Page: 1/2»

View PC info
I can easily see myself using this on my future Steam Deck - hopefully this project will continue to grow and offer more options.

View PC info
I love this thing. Very cool. Love the idea of just bundling a game with everything it needs, emulator/compat tools/etc, and getting just a single exec file you can just run with a double click.
2 Likes, Who?

user1 18 Jan
View PC info
On another note, if you just want an easy way to get vanilla Wine, there is a Wine Appimage. Unofficial, but bundles the official WineHQ build for Ubuntu + dependencies. This is very useful if you're on a distro where there's no easy way to get Wine stable. It also ships 32 bit dependencies which is very useful if you're using an imnutable distro.
1 Likes, Who?

View PC info
I think I'll soon be ripping my entire console game collection and repackaging them in manners similar to this. Always wanted to just convert my collection into no hassle native PC ports, and this approach would probably be the next best thing.
2 Likes, Who?

If you're talking about the app Bottles and their 'bottle' winepfx container, I'd imagine you'll probably have to just use Wine and winepfx.

Which shouldn't be that hard to backup -- I myself sometimes just run `WINEPREFIX=$PWD/_winepfx wine ./Game.exe` to make it easy to backup the wineprefix inside the game's folder.

If you're talking about the app Bottles and their 'bottle' winepfx container, I'd imagine you'll probably have to just use Wine and winepfx.

Which shouldn't be that hard to backup -- I myself sometimes just run `WINEPREFIX=$PWD/_winepfx wine ./Game.exe` to make it easy to backup the wineprefix inside the game's folder.

I ask this because the earliest version of Bottles used to be available as appimage...
It was very practical. just click and use...
0 Likes

Quoting: Comandante ÑoñardoI ask this because the earliest version of Bottles used to be available as appimage...
It was very practical. just click and use...

I feel like that's just an unnecessary extra step in this context, since you can just make the AppImage do the "wine ./Game.exe" for the 'Game.exe' packed inside the AppImage, thus having a "click and use" experience already.

I don't think old Bottles have good CLI pipeline either, since I recall it being a late addition or rework in the middle of last year.

A better approach IMHO is to use Portable Mode and/or modifying the 'default wineprefix' in the Wine folder you bundle for the AppImage (or do an automated winetricks dependency install if it doesn't detect an associated .wine/.home portable folder).

Please. As a pirate myself, I find this to be an unnecessary step over just finding a pre-installed copy of the game, and either double-clicking the .exe in file manager or using Heroic/Lutris/Bottles to manage my library of pirated games.

I can see usecases for this tool, but as a pirate myself, I don't really see the point of using this over something that already works -- unless there are people who bothers to pre-package this for me, but even then it just means extra download size over just downloading normal pre-installed version of the game.

any ideas on how to run this ?? or how to build from the source
0 Likes
1/2»
While you're here, please consider supporting GamingOnLinux on: