When trying out Flux Caves myself back in March, I was quite impressed with the demo. It recently released in full and as of today, the Linux version is live everywhere.

Unlike some puzzle games, the aim of Flux Caves is not to make you sweat or get frustrated. It's supposed to be a more peaceful experience with a slightly open-world for you to run around in. There's no losing, no dying, just you and the puzzles. 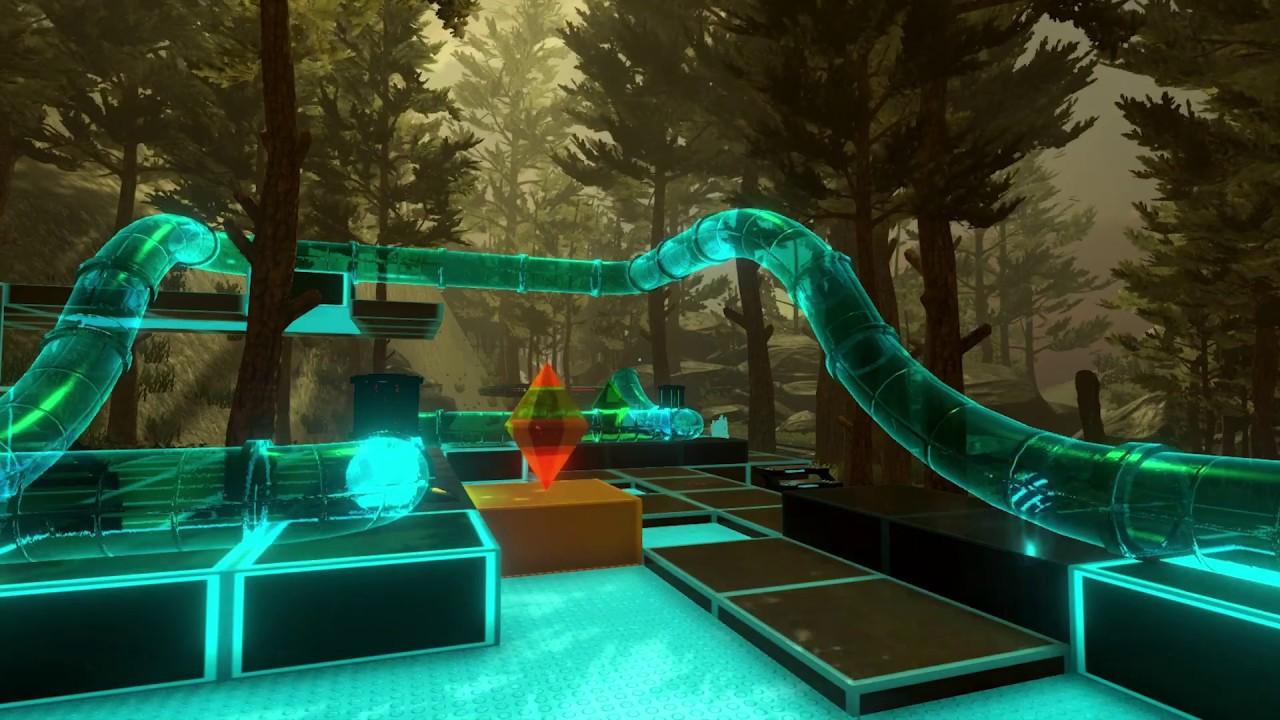 The gameplay mostly involves you pushing blocks around and connecting things up, so balls can reach from one end of the puzzle to the other. So it's like playing with giant marbles, well sort-of anyway.

Previously the developer did note they had a few issues sorting the Linux version, but as of today it's live again. You can pick up Flux Caves on both itch.io and Steam. Curiously, it seems the version on itch is quite a bit cheaper, although itch does allow you to donate extra.

There is also a demo available on both stores, good to see more developers allow players to try before you buy. I miss the days where everyone did that.

Article taken from GamingOnLinux.com.
Tags: Indie Game, Itch.io, New Release, Puzzle, Steam
11 Likes, Who?
We do often include affiliate links to earn us some pennies. We are currently affiliated with GOG, Humble Store and Paradox Interactive. See more here.
About the author - Liam Dawe

View PC info
This is a really professional-looking indie game, and the dev is active on reddit. Give him your money :-)
1 Likes, Who?

Quoting: EikeSounds good, and 24 of 24 reviews positive (well, quite some copies for free :) ).

Well, here's a thumbs up from someone who paid for it (before the steam release).

There doesn't seem to be a story as such like in some of the more famous first person puzzlers we know and love, but the puzzles are fun and the game looks great for a one man project. Definitely worth your time, especially if you're a fan of the genre.
3 Likes, Who?

View PC info
I remember the posting from fubenalvo on GOL several months ago. I thought it was nice of him, as a developer, to get on GOL and post information/comments about his game Flux Caves. In his posting he mentioned that he wanted to make puzzles "...which are hard enough but not too frustrating." I bought the game on Steam, so I will be assessing his success myself.

Quoting: tuubiWell, here's a thumbs up from someone who paid for it (before the steam release).

There doesn't seem to be a story as such like in some of the more famous first person puzzlers we know and love, but the puzzles are fun and the game looks great for a one man project. Definitely worth your time, especially if you're a fan of the genre.

That sounds fine. I was happy with Infinifactory, which isn't famous for its story either. ;-) Thanks!
1 Likes, Who?
While you're here, please consider supporting GamingOnLinux on: