Warhammer 40,000: Gladius - Relics of War, the first 4x strategy game in the Warhammer universe is set to arrive on July 12th with Linux support. Developed by Proxy Studios, who're known for the 4x game Pandora: First Contact (which I thought was quite good).

On top of that, they've also announced the you can now pre-order the game on Steam. Of course, we never recommend pre-ordering, but it's there for those who like to show their early support for Proxy Studios continuing to support Linux. 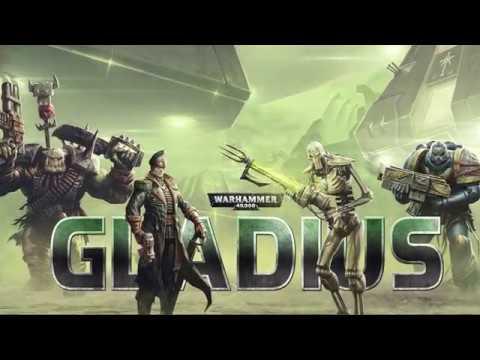 I'm pretty keen to see how the setting will lend itself to a 4x game, likely quite well and it certainly does look good. Likely one I will take a proper look at around the release.

View PC info
I'm going to have to eat a lot of rice cakes this year. Cause I'm gonna go broke. ;)
3 Likes, Who?

Quoting: Joeyboots80I'm going to have to eat a lot of rice cakes this year. Cause I'm gonna go broke. ;)

And I was looking at this one just the other day!
1 Likes, Who?

Quoting: Joeyboots80I'm going to have to eat a lot of rice cakes this year. Cause I'm gonna go broke. ;)

View PC info
I'm definitely going to wait for detailed impressions with this one.
0 Likes

Quoting: PatolaAnd does anyone know about Total War: Warhammer II? When will it be out for Linux?

It's never been said it is coming.
0 Likes

Quoting: PatolaAnd does anyone know about Total War: Warhammer II? When will it be out for Linux?

It's never been said it is coming.

It's almost implied. Total War: Warhammer 1 is available for Linux, other modern Total War titles like Total War: Attila and Total War: Shogun 2 too, and TW: Warhammer DLCs work on Total War: Warhammer II. The two games complement each other, and the developers even said something [url="https://www.totalwar.com/blog/total-war-warhammer-ii-coming-soon"]vague about plans for Linux[/url]:
"Will It be released on Mac and Linux from release?
Plans for Mac & Linux versions will be announced later in the year."

I still have my fingers crossed for a port, I think it would make sense as Feral have already ported the first game and got the game engine to work on Linux, they could also port TW: WH3 to recoup some of the engine porting costs, plus theres all the DLC.
2 Likes, Who?

View PC info
It's coming out on GOG too, but it doens't seem to be made by Feral.
0 Likes

Quoting: ShmerlIt's coming out on GOG too, but it doesn't seem to be made by Feral.

Two good news in one.

Can you put the GOG affiliate link, LIAM?
0 Likes

View PC info
No it's Slitherine (publisher). I'd like to have more Slitherine games on Linux!
0 Likes
1/2»
While you're here, please consider supporting GamingOnLinux on: