7 Billion Humans will have you automate swarms of office workers with programming to solve puzzles and it's out now with native Linux support. 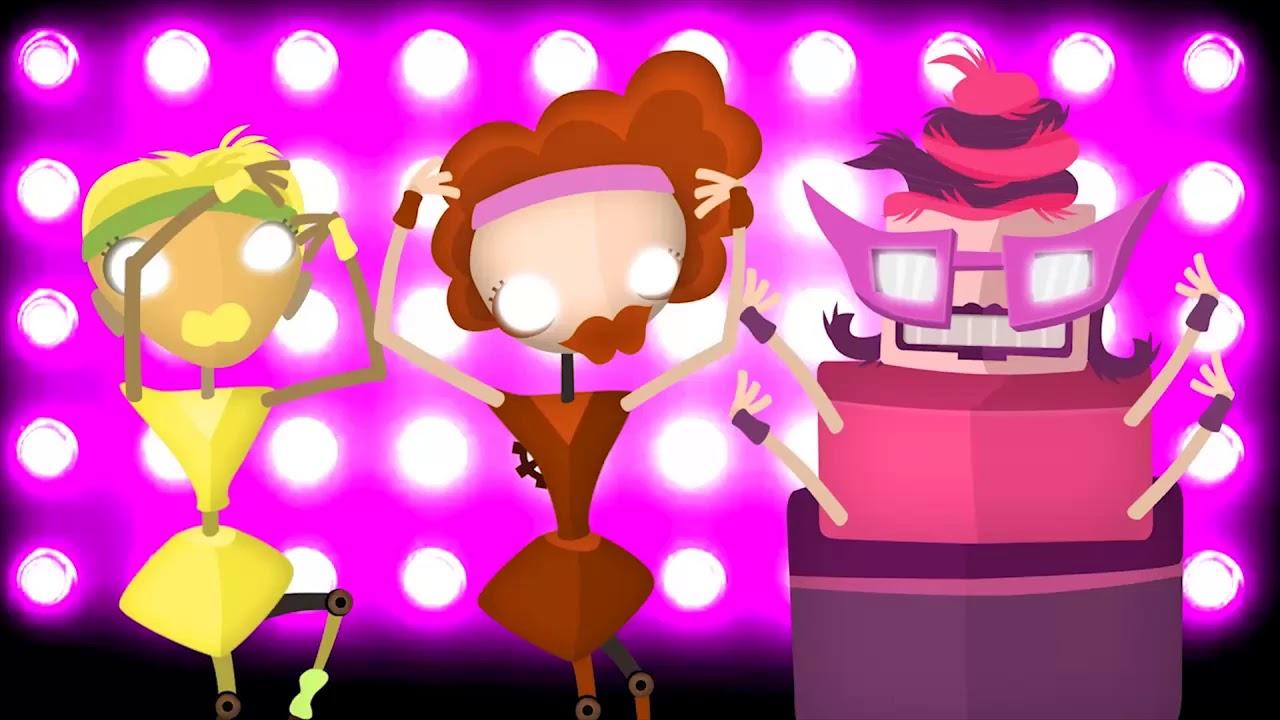 My copy from GOG worked perfectly on Linux. If you do have issues, make sure you have "libopenal1" installed.

As expected from Tomorrow Corporation it has fantastic style and the intro video "You're Hired!" was a really nice touch, with some great humour. I appreciated the little bits of comedy sprinkled into the actual gameplay as well, certainly helped ease me into the puzzles.

After playing Opus Magnum, I really have acquired a taste for games that require you to build or program something, so I weirdly felt quite at home with 7 Billion Humans. Dragging and dropping commands like step, pick up, if/else do this and so on. It has a clear and simple design to the programming language, which is why I loved it.

It's obviously hard not to spoil a game like this, so I will only include this one example screenshot of a work in progress that didn't quite work as well I wanted it to: 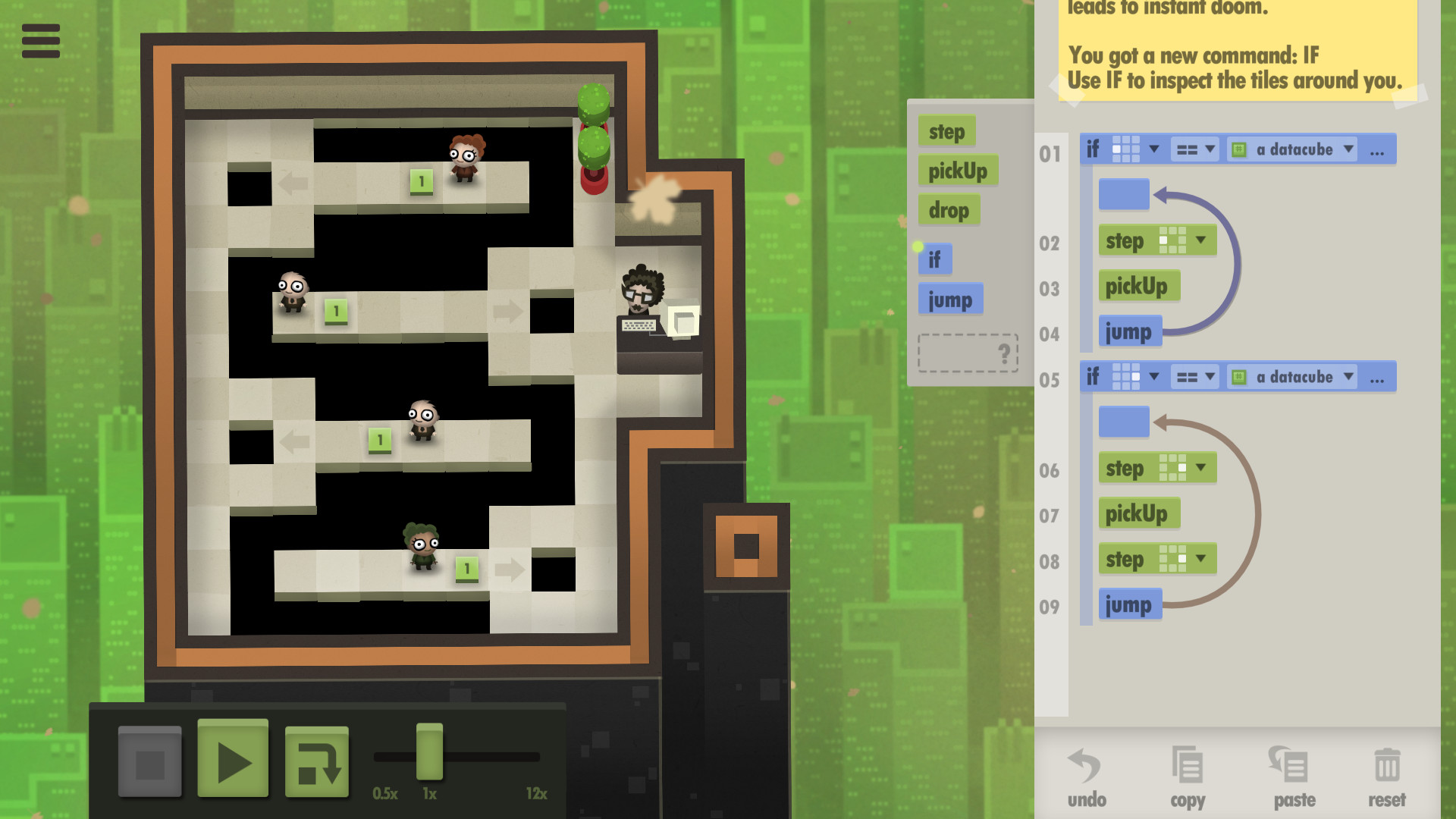 Obviously I made that one a lot better after…

Like any good puzzle game, it will explain the basics and ease you in while steadily increasing the challenge so it doesn't feel like a chore but still gives your brain a little bit of a workout. As much as I enjoyed it, I can certainly see the appeal for a wide audience on this one to help learn some programming basics.

I've had some pretty amusing failures when screwing up my if/else combinations with the jump repetitions, at one time my workers ended up essentially doing a dance before falling to their doom—woops.

Pick it up from GOG, Humble Store or Steam.

Article taken from GamingOnLinux.com.
Tags: GOG, Humble Store, Indie Game, Puzzle, Simulation, Steam
13 Likes, Who?
We do often include affiliate links to earn us some pennies. We are currently affiliated with GOG and Humble Store. See more here.
About the author - Liam Dawe

View PC info
Note that if you buy it from the humble bundle widget on their website, you get both the DRM-free version and steam keys, and a copy of Human resource machine.
2 Likes, Who?

Eike 24 Aug, 2018
View PC info
The game is just great, as all their games, and it runs flawlessly on Linux on day one. They deserve our money.

Quoting: toorNote that if you buy it from the humble bundle widget on their website, you get both the DRM-free version and steam keys, and a copy of Human resource machine.

You also get Human Resource Machine when buying on Steam. As I already had it, I got a Steam gift lying around now. Anybody wants it? (Restricted to accounts already existing yesterday.)
1 Likes, Who?

View PC info
The game has been creeping up my wishlist since it was announced, currently competing for the first spot with Opus Magnum. Even my wife agreed that HRM was brilliant, I don't see how this sequel could be anything but. I'll be sure to pick it up as soon as my budget allows.
0 Likes
no_information_here 24 Aug, 2018

I am generally very patient and wait for sales. However, this was a day-1 purchase from me. Tomorrow Corporation has only ever made brilliant games. This one is no different!

I played up to level 26 is one sitting. I missed some very tricky "optional challenges," though!
2 Likes, Who?

Quoting: no_information_hereI am generally very patient and wait for sales. However, this was a day-1 purchase from me. Tomorrow Corporation has only ever made brilliant games. This one is no different!

I played up to level 26 is one sitting. I missed some very tricky "optional challenges," though!

I did all optimizations in Human Resource Machine, but I'm not sure I can do here... :S:
0 Likes

View PC info
Got the game. I'll run through HRM first though and then hope the new one is a little more complicated.
1 Likes, Who?

Quoting: EhvisGot the game. I'll run through HRM first though and then hope the new one is a little more complicated.

It is, but for me, doing all optional tasks including the optimizations (primes :S: ) in HRM was complicated enough. At the moment, I didn't even got all optimizations for the easiest tier in 7 Billion Humans.
0 Likes
no_information_here 25 Aug, 2018

Quoting: GuestI heard one of the first computers was made of a lot of people who where selected for their absence of mathematical skills to do very basic instructions on paper notes and then pass them on other humans who would do another very basic step of calculation.

However, many of them did have excellent mathematical ability.

For a modern version, you should watch "Hidden Figures" - an good film based on these amazing ladies at early NASA:
https://en.wikipedia.org/wiki/West_Area_Computers
0 Likes
1/2»
While you're here, please consider supporting GamingOnLinux on: