Here's a screenshot I took today to show how broken it is: 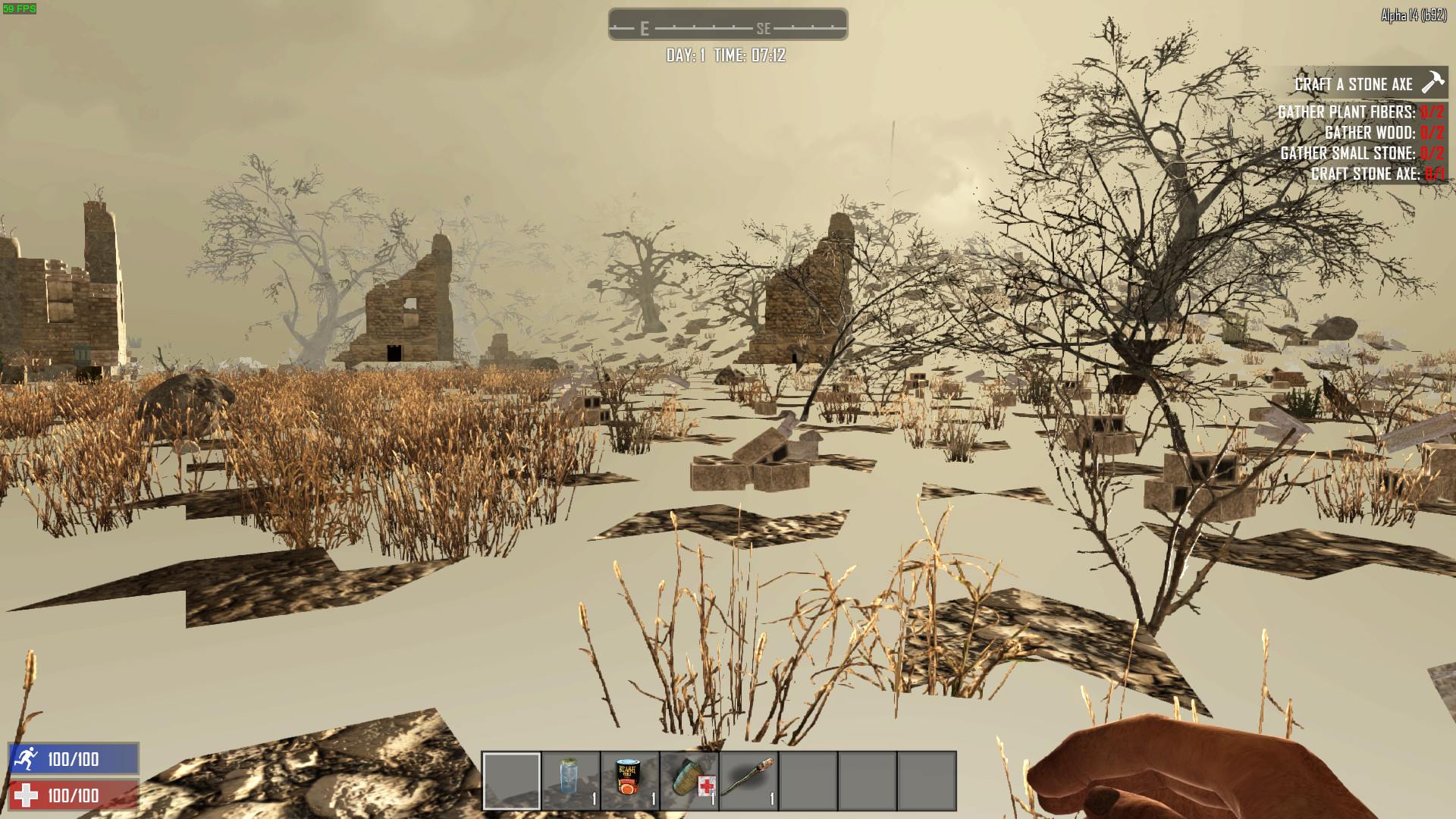 This isn't the first time they have released a build where they just haven't tested the Linux version, and it won't be the last I'm sure. We aren't alone of course, as it has also broken the Mac version too.

Such a shame, as it yet again would have taken them all of a few minutes to check. Plenty of other reports on their Steam forum about it too.

On their official news post, I've seen multiple reports of it broken too.

Hopefully it won't take them too long to fix it, but the game is in Early Access. On the one hand it is to be expected, but on the other they should actually test the Linux & Mac versions. They clearly do not.

It is the title that made me vow to never again back a Kickstarter. Still glad I made that decision. Article taken from GamingOnLinux.com.
Tags: Early Access, Steam, Survival, Zombies
0 Likes
Share

View PC info
Im I the only one that gets the feeling, 7 days to die will never get out of early access?
I know that building games takes ages, but I think this game has been an alpha for over 3 years now.
I dont mind if they break the game with updates, if they can make a decent fix shortly after.
0 Likes

View PC info
Other game with unity have the same problem, for months, Savage Lands. Never fix them
0 Likes

SirKatar 27 Mar, 2016
View PC info
I love this game, got 900 hours in it...
But why they can't even load it up once before a patch to test is really frustrating.

I guess we wait now for a week or so until they fix it like last time :(
2 Likes, Who?

View PC info
Yeah, I started playing this at Alpha 13.8 a couple of weeks ago - loved it. Great performance, great game play, lots of skills to upgrade, loved it. However, it's infuriating when games are released utterly broken. Same thing happened with Soul Axiom, which I recently refunded.

As for EA Hell, there's a few games going through this at the moment. I don't buy EA and haven't done since the early days when I took a chance on Prison Architect and Tabletop Simulator. They weren't terrible experiences, but they were a good couple of years in EA, which gets frustrating. I think the Fun Pimps probably have another year of EA ahead of them before they announce a release date.
0 Likes
Swiftpaw 27 Mar, 2016

View PC info
This happened before, too, they'll fix it with the 14.1 patch just as they did before.

Really looking forward to the improvements in A14. They seem to have done a lot of polishing and balancing, and it seems like there may also be some performance increases as well. Game loading speed is also improved, too.
1 Likes, Who?
Swiftpaw 27 Mar, 2016

Quoting: SirKatarI love this game, got 900 hours in it...
But why they can't even load it up once before a patch to test is really frustrating.

I guess we wait now for a week or so until they fix it like last time :(

Yeah they seem to focus on core game bug fixing more and then worry about other bugs later after release.

In one release, the Windows version was unplayable, while the Linux version worked great.

I saw someone reporting things working fine on Linux Mint 17.3 but they were using AMD gfx, so maybe something with that.
2 Likes, Who?
Swiftpaw 27 Mar, 2016

Quoting: ZeloxIm I the only one that gets the feeling, 7 days to die will never get out of early access?
I know that building games takes ages, but I think this game has been an alpha for over 3 years now.
I dont mind if they break the game with updates, if they can make a decent fix shortly after.

At least this time around they said A14 is "more like the game they want to ship", but they also have plans to add in a lot more quests and other things too before they will consider calling it a finished game.

That's fine with me. This is one EA title that they keep improving so I don't mind donating to them early.
1 Likes, Who?

Quoting: Cr1ogenOther game with unity have the same problem, for months, Savage Lands. Never fix them

That's a shame, I've never given 7DTD a second thought since they pissed us about after they first launched early access, but SL was a really fun game to play ~6 months ago. I just tried it now, at it was a pile of shit, even with everything turned down to low -- corrupted textures and flickering all over the title screen and in game. :/
1 Likes, Who?

View PC info
I always had problems with this game on Linux. It worked so much better on Windows, even when it was just released (alpha 1.0). The Linux version has much poorer performance and a lot of bugs... I remember that at one point it kinda worked and I played it a lot (about one year ago), since then I only start the game once in a while and sometimes it's broken and other times it's ok. It's just like ping-pong.
1 Likes, Who?
1/2»
While you're here, please consider supporting GamingOnLinux on: