Harebrained Schemes just released another major patch for BATTLETECH and they also gave an update on the status of the delayed Linux version. 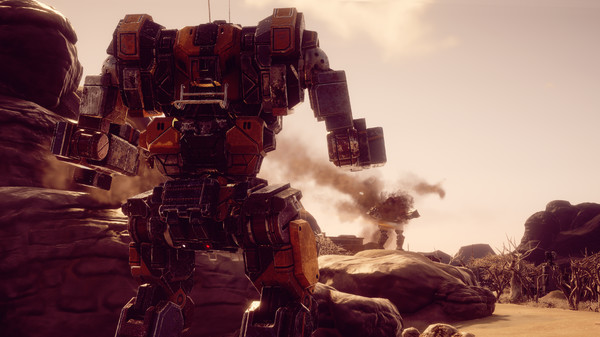 Linux update: The team is still actively working on our Linux release. We hit a snafu with playback of audio (as in, “There’s no sound in the game”) but we’ve gotten support from an external party and appear to be back on track. We expect the Linux version to be available in Beta within the next few weeks.

Still, it's good to actually see it mentioned in an update and not forgotten about. Let's hope it really is coming in the next few weeks, as we've already been waiting over 4 months now.  At least when we do get it, we won't have to deal with all the issues it came with at release, but at what cost? Hopefully this won't cause too big a loss in sales for them, a prompt release is pretty essential for people to remain interested.

Article taken from GamingOnLinux.com.
Tags: Beta, GOG, Steam, Strategy, Upcoming
15 Likes, Who?
We do often include affiliate links to earn us some pennies. We are currently affiliated with GOG and Humble Store. See more here.
About the author - Liam Dawe

View PC info
Oh look, finally proper communication and suddenly I do not feel mad anymore and look forward to buy and play the game on release again. ^_^
5 Likes, Who?

Quoting: SchattenspiegelOh look, finally proper communication and suddenly I do not feel mad anymore and look forward to buy and play the game on release again. ^_^

Agreed, this is the sort of update/feedback I alluded to in my comment against the last Battletech article. It gives us just a glimpse into what is going on in the development and hows its being dealt with.

Knowing they are progressing and that the delay is a result of an Audio bug, give the sense of progress.
4 Likes, Who?

View PC info
I'm happy HBS have given a positive update.
It is a great game, but it is still very buggy on windows (I regularly have to restart it).
I hope they iron these bugs out before the linux release.
0 Likes

View PC info
"no sound in the game"; oops, forgot to plug in the speakers.

Jokes aside, it's nice to know it hasn't been cancelled (yet). Not nice that everything is still such vague wording that ultimately says nothing in the end.

Meanwhile, I will continue to try get MW:Online running again via wine.
1 Likes, Who?

View PC info
This game looks like so much fun. I will be buying it as soon as it officially launches for Linux.

Played MechWarrior 3 & 4 way back when. Since I first saw the announcement of this game coming to Linux, I have had a urge to play it. Hopefully, the wait is almost over.
2 Likes, Who?

Quoting: AudiThis game looks like so much fun. I will be buying it as soon as it officially launches for Linux.

Played MechWarrior 3 & 4 way back when. Since I first saw the announcement of this game coming to Linux, I have had a urge to play it. Hopefully, the wait is almost over.

I urge you to try MW2 and associated expansions as well (ghost bear's legacy, mercenaries). Ok, the graphics are very old by today's standards, but they're still loads of fun.

--edit: try them if you can (legally) find them, that is!

View PC info
I think I still have my boxes for MW2 and its various expansions. They were truly superb games.
0 Likes
anastiel 11 Sep, 2018

I hope you come before the next dlc FLASHPOINT in November. DeveloperDiaries2
and there was no mention of the linux version, even if it is about the next update it would be interesting to have talked about how the development for linux is going
0 Likes
While you're here, please consider supporting GamingOnLinux on: