A closer look at some DRM free Linux games available on itch.io

Itch.io has fast become a popular distribution platform among developers for its many and flexible tools for distributing and promoting games. The co-op bundles, which lets developers team up to bundle their games and agree on the split caught my attention when it was announced in April. There have been some interesting bundles since, but from what I've seen as an outsider, it hasn't generated much attention. The desktop app instantly became much more popular when it was released earlier this month, and it's the first real DRM free alternative we've had to the Steam client for Linux in a while (not counting clients independent of distribution platforms, like Lutris).

What many might not know is that itch.io isn't just host of jam games and thousands of amateur projects, but that it also has a good selection of high-quality professional games, like Gone Home, Tales of Maj'Eyal, Electronic Super Joy, VVVVVV and Super Win the Game. You'll also find several of my biggest favorites from this year there, including Dropsy, Snakebird, BLACKHOLE, A Good Snowman is Hard to Build, and many more.

Here's a look at some popular games released on itch.io this year that we didn't cover before. 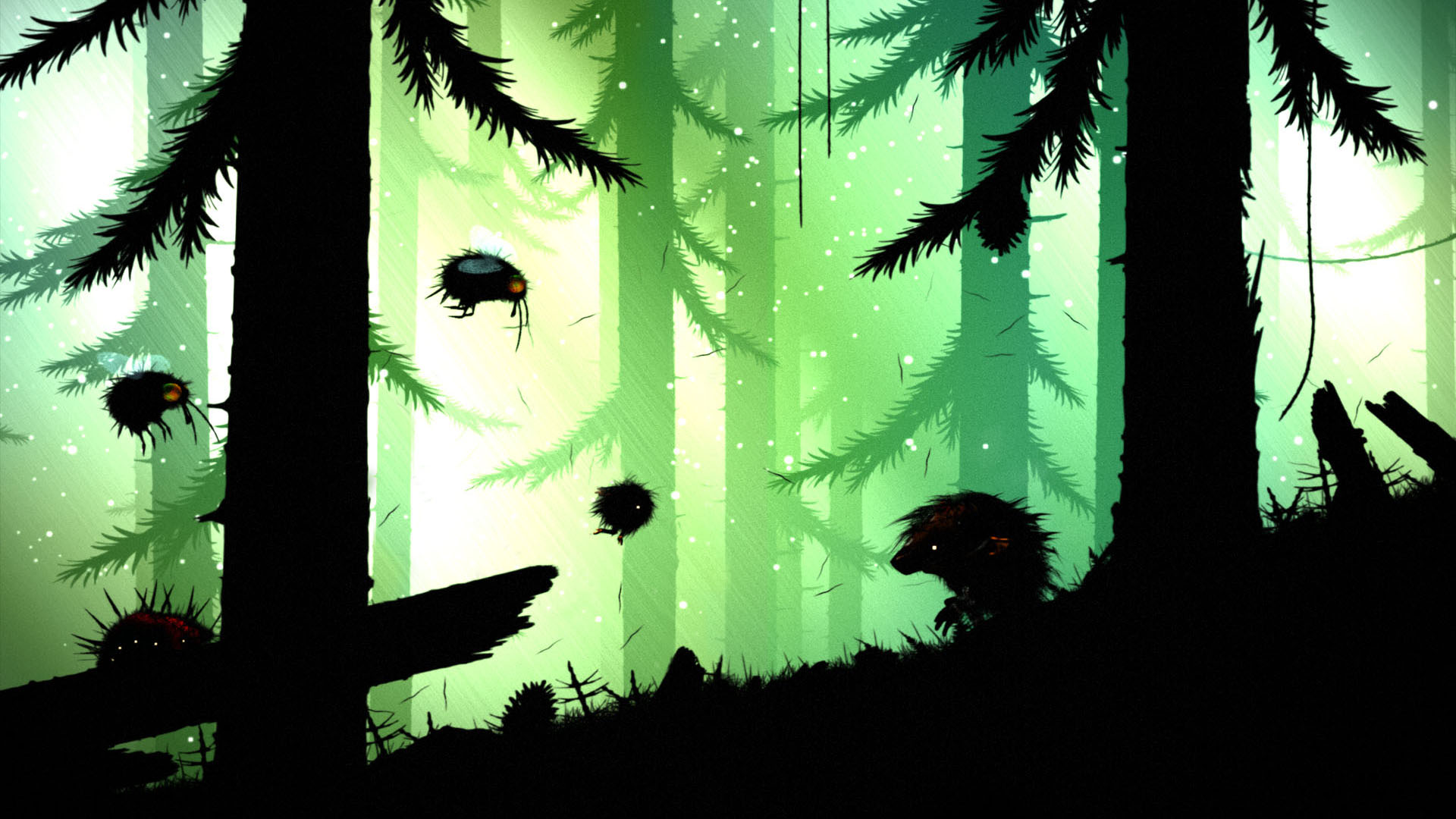 FEIST is an atmospheric action platformer, published by Canabalt developer Finji. Finji is also working on the intriguing 3D survival tactics game Overland, and is acting as publisher of the Kickstarter funded Night in the Woods. You can find two supplemental games for the exploration game on Finji's itch.io page, including a recent remake of the game that NitW is based on, Longest Night. One of my biggest regrets as a writer for GOL this year is that I never got around to covering FEIST—or even playing the game—an omission that I hope to rectify soon. 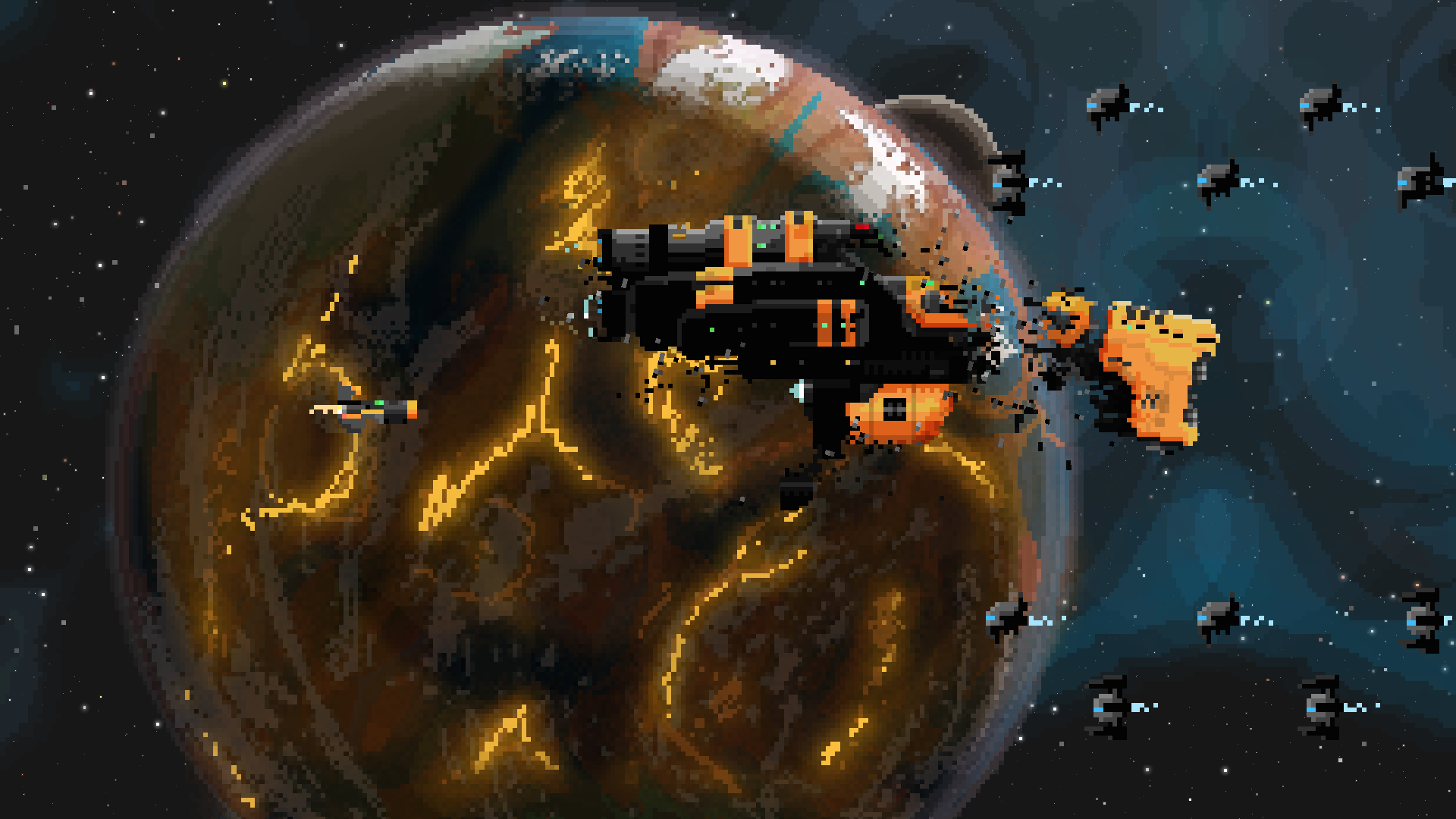 Steredenn is a hectic shoot 'em up with nice looking pixel graphics. Levels are procedurally generated for more replayability, and there are many weapons and spaceship upgrades to choose from. There are also several modes to choose from, including boss arenas and fixed levels, with no randomization. I haven't played the game myself, but I love the look of it and it is very popular among users on Steam. 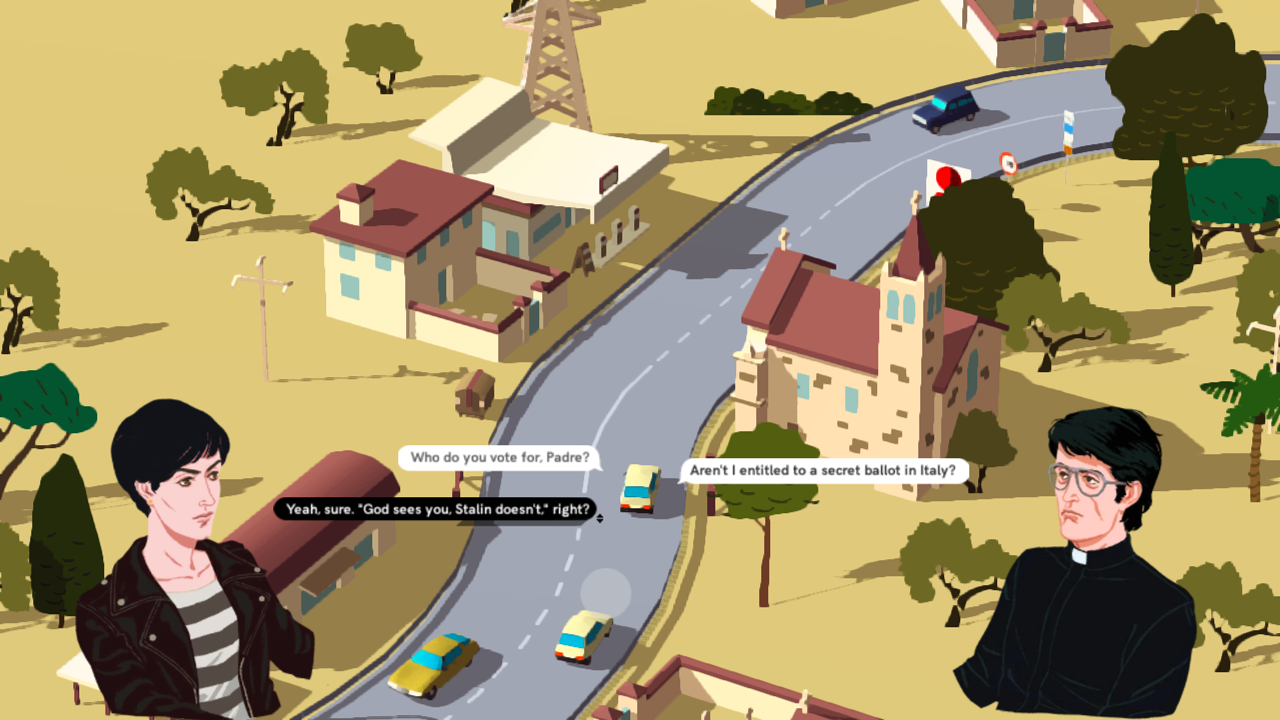 Wheels of Aurelia is a mix of visual novel and arcade racer, set in Italy at the end of the 70s. The full game is set for a release next year, but is available as a beta, and is already an interesting experience. The racing part of it felt a bit wonky and uninteresting in the build I played a while back, but it mostly serves as a backdrop for the story, and as a way to choose which paths to take and which characters to pick up and interact with throughout one branch of the game. I've made it to three distinct endings, each of which took around 10 minutes, and I look forward to playing it again when the game is completed next year. 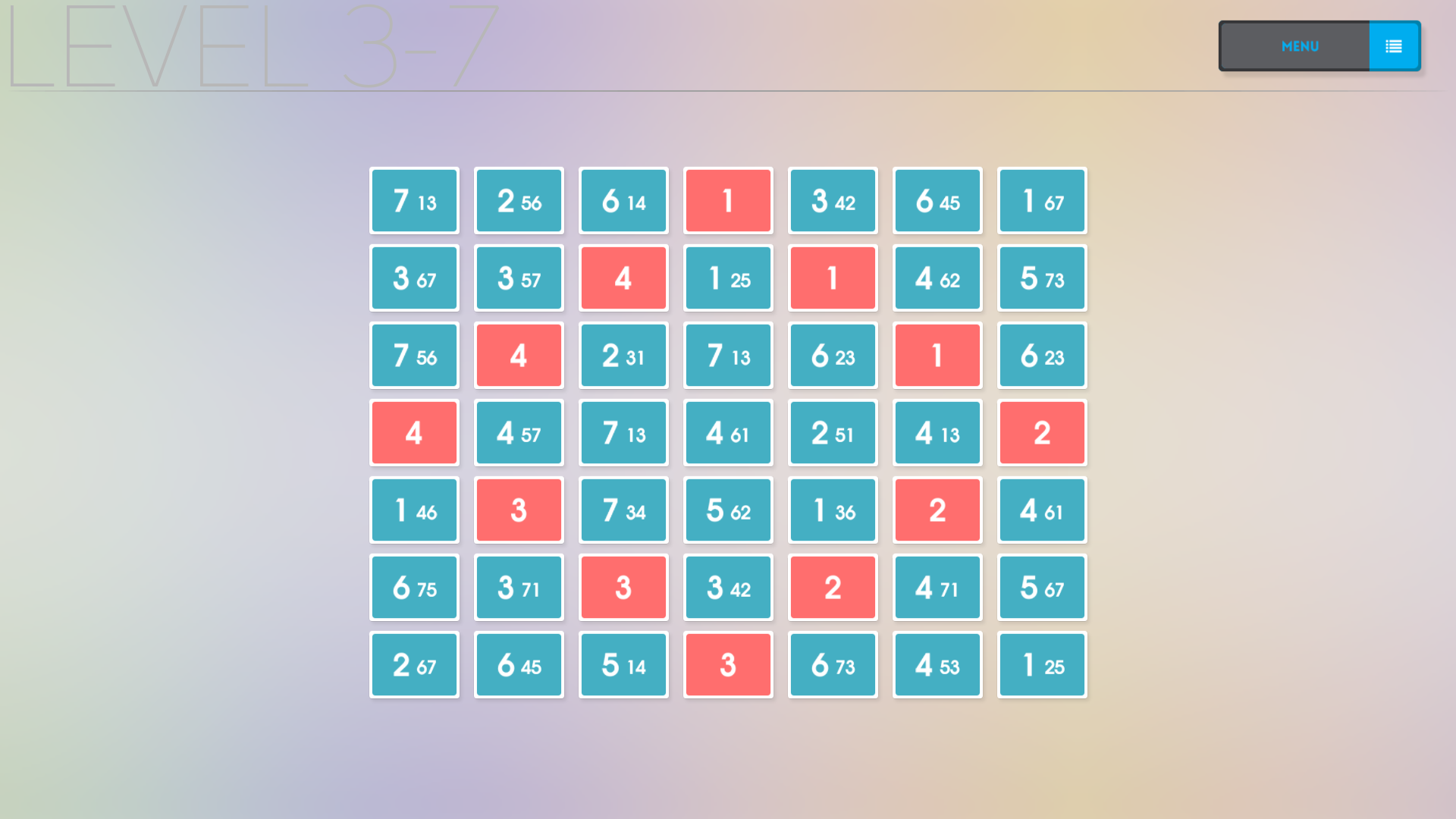 Cross Set is a number puzzle game, similar to Sudoku, where you must fill sequences from 1 to n on every row and column of an n x n grid. Each cell has one or more digits to choose from, but there's only one correct solution that you must find by logical thinking. I've played through the game, and found it to be an enjoyable and relaxing experience. It lacks something in complexity though, compared to traditional Japanese logic puzzles. The game took me over six hours to complete, and considering the low price, it's a good deal if you're looking for a nice and casual puzzle game.

Cluck Yegger in Escape from the Planet of the Poultroid 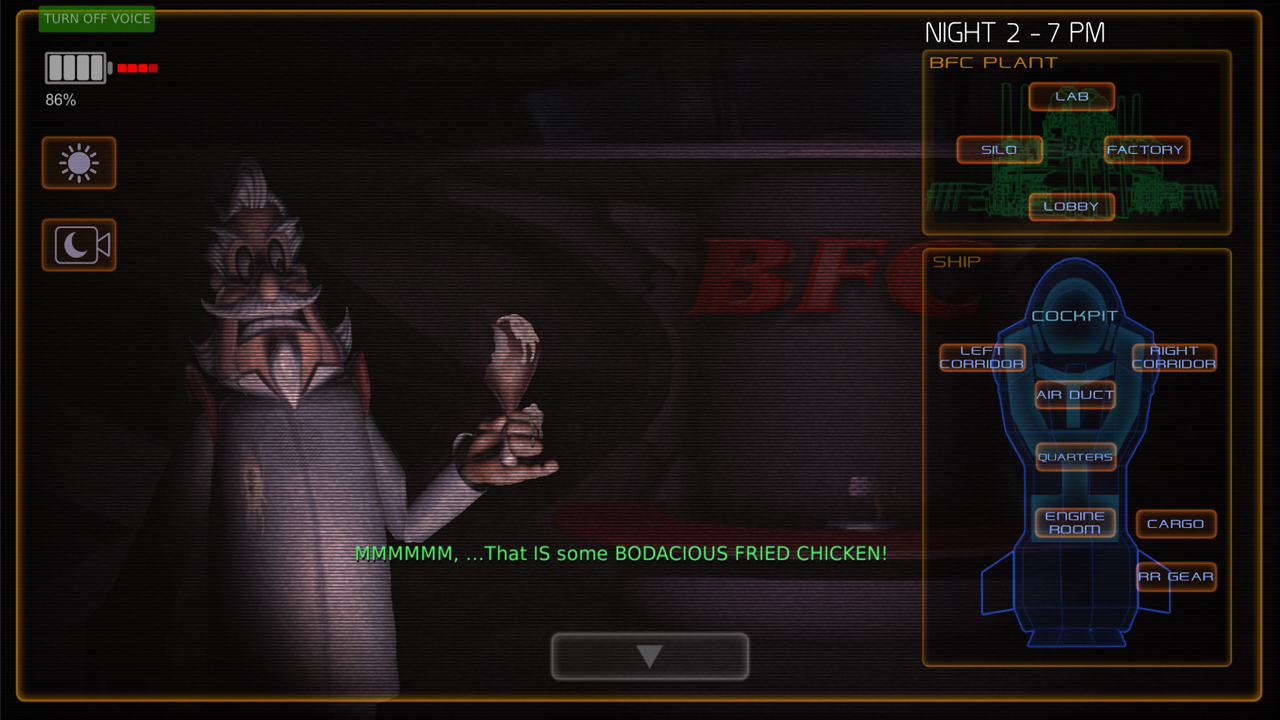 Cluck Yegger in Escape from the Planet of the Poultroid is a parody of the popular survival horror game Five Nights at Freddy's, and was originally developed as a minigame for the upcoming Kickstarter funded point-and-click SpaceVenture. I played a bit of the game, but even though I don't really enjoy the genre, I appreciate the game as way to iron out any kinks they might otherwise have had with their upcoming game. Which, by the way, is scheduled for a 30 November release next year, after what has been a very rough 2015 for both of the Two Guys from Andromeda.


There's more though, and I've started putting together a collection of professional and/or notable Linux games on itch.io called Linux Gems. This list won't have any arbitrary requirements like my Steam curator group, so if you have a favorite game on itch.io which isn't in my collection, please tell me about it in the comments. Article taken from GamingOnLinux.com.
Tags: DRM-Free, Editorial, Itch.io
0 Likes
We do often include affiliate links to earn us some pennies. We are currently affiliated with GOG and Humble Store. See more here.
About the author - flesk

I run the Hidden Linux Gems group on Steam, where we highlight good indie games for Linux that we feel deserve more attention.
See more from me
Some you may have missed, popular articles from the last month:
The comments on this article are closed.
22 comments
Page: 1/3»

View PC info
Itch is pretty cool. Things may change in the future, but for now, it's a perfect counterpoint to Steam's less open, less accessible, discoverability oriented approach, and developers end up with a bigger cut from itch than any other platform that I'm aware of.
3 Likes, Who?

View PC info
I really like the potential of itch.io, but it does have a something of an image problem due to the number of half-baked 7DFPS and Ludum Dare games that it hosts, just to name two examples. Obviously the whole point of the service is to promote raw creativity, and these games do deserve their place on the service, but itch.io really does need a way to separate the cream from the crop.

Of course, with features like Early Access and Steam Greenlight, many people also think that Steam is developing the same problem. There really is no end to the game curation rabbit hole.
5 Likes, Who?

Really the same problem that Desura suffered from.
2 Likes, Who?

Quoting: HamishObviously the whole point of the service is to promote raw creativity, and these games do deserve their place on the service, but itch.io really does need a way to separate the cream from the crop.

On the other end is GOG, which is very curated and sometimes rejects games for their own undisclosed reasons (like Dex for example). In general, if you want an easy place to find good games - some entry barrier like GOG requires is a must, but it still can be skewed because perception of what is a good game, is to a degree subjective.

*yeah I am a casual cry baby it seems*

Quoting: flesk...if you have a favorite game on itch.io which isn't in my collection, please tell me about it in the comments.

Quoting: flesk...if you have a favorite game on itch.io which isn't in my collection, please tell me about it in the comments.

Thanks. :) I have a couple of of those in my "staging" collection of games I haven't checked out properly yet. If you or anyone else wants to contribute to the collection, and eventually write short blurbs for each game, just give me your itch.io user name and I'll add you.
0 Likes

Quoting: fleskThanks. :) I have a couple of of those in my "staging" collection of games I haven't checked out properly yet...

You can safely move the Zork series out of staging, they were one of the best-selling games of their time, but I wonder if they're legit...
0 Likes
rustybroomhandle 28 Dec, 2015

Quoting: fleskThanks. :) I have a couple of of those in my "staging" collection of games I haven't checked out properly yet...

You can safely move the Zork series out of staging, they were one of the best-selling games of their time, but I wonder if they're legit...

I seem to recall that for some bizarre reason, Activision chose to renew the copyright on Leather Goddesses of Phobos, but not the Zork series.
2 Likes, Who?

View PC info
I am planning to try Spirits of Xanadu at some point:
http://allen.itch.io/spirits-of-xanadu

It was covered on GoL, but the article only mentioned a Steam release, so I passed over it at the time.