By Liam Dawe - 12 September 2016 at 9:25 am UTC | Views: 13,053
You may or may not remember that I wrote about Kingdom Come: Deliverance back in March. The developers said it wasn't technically possible, now it seems months later they still have no idea.

In this video from Gamescom the developers said:


QuoteWe are developing right now for Windows, PS4, Xbox One. These are the versions we will release on Day 1, the rest we have to see. Whether it's Linux, VR Support. […] If we deliver. 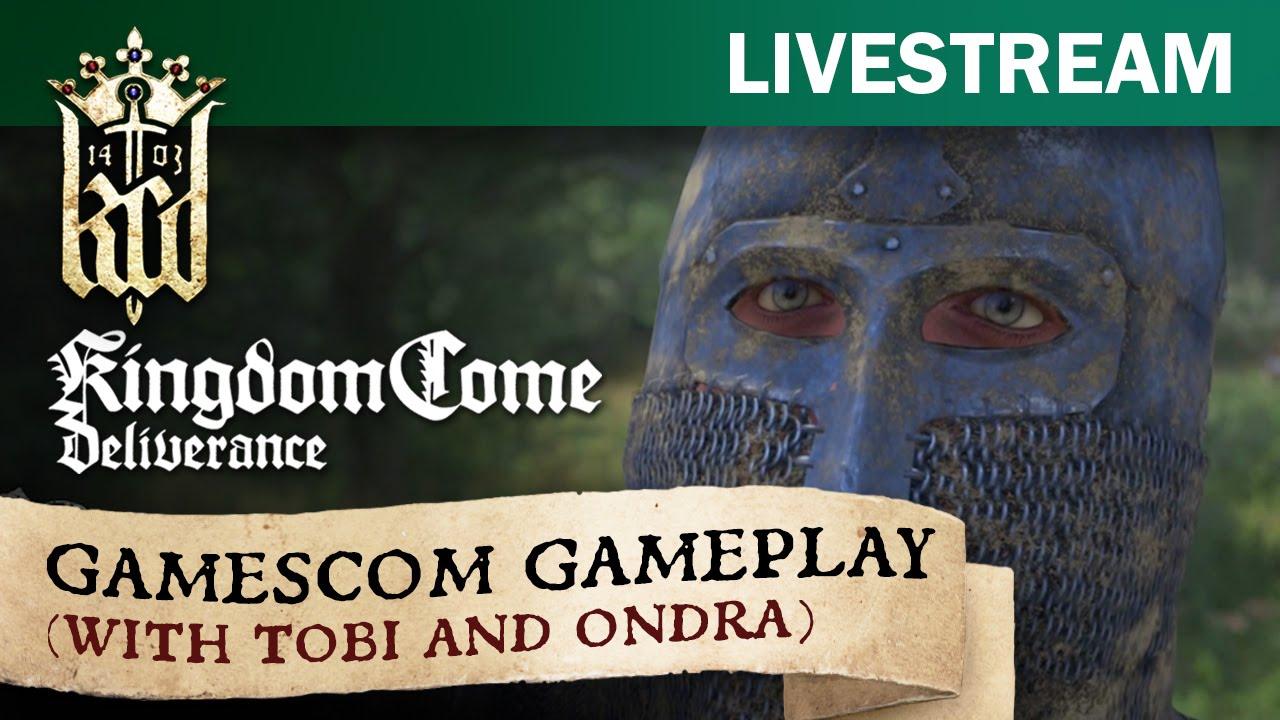 YouTube videos require cookies, you must accept their cookies to view. View cookie preferences.
Accept Cookies & Show   Direct Link
So despite very clearly stating Linux as a platform on their Kickstarter and taking money from Linux gamers, they still only consider it an "if".

I shot off a message to the developer referencing both this video and our previous chat together. They did reply but didn't really have any answers. After a few emails back and forth between us it's clear they currently don't know what's going on with Linux support.

I am hoping they will be able to provide me and all of you with something more solid soon. I should now be on their press list, so I will keep an eye out.

It's yet another reminder to not pre-order or crowdfund games. Just stop already. Too many developers just don't plan for cross-platform development because Windows is the main thing that's in their minds. Article taken from GamingOnLinux.com.
Tags: Crowdfunding, Editorial
0 Likes
Share

Promising it in the Kickstarter campaign and then reneging, that's basically fraud. Come on.
11 Likes, Who?

Saladien 12 Sep, 2016
View PC info
Developers thease days just care about money. Stop preordering!. Hopefully they wont screwe with their customers and deliver a good port. That they even consider droping it speaks volumes about their morals to there legit customers. Strange that some developers dont get why people want to try the games "fully", before buying these days.

View PC info
I imagine this all hinges on CryEngine Vulkan support, probably the same thing holding up Homefront Revolution
2 Likes, Who?

View PC info
I have asked them to comment on the video and the state of the Linux port, to which they replied

QuoteWe have no news yet regarding the Linux version.

I also asked for a refund in that case and got it, so that's good. This situation really sucks because I do want to support this developer, but promising a port and then backtracking is a big hit to my trust in them. I'll get the game if it turns out well though, that's for sure.
2 Likes, Who?

View PC info
Got my Kickstarter funding back from them. Despite being complete pricks with their communication "policy" this worked without any hiccups and in a rather professional manner.
4 Likes, Who?

STiAT 12 Sep, 2016
View PC info
I would think of Linux not being Day-1 but to a later date completely okay, even stating Linux on Kickstarter.

But turning it to an "if"... is pretty much fraud. But due to the terms of Kickstarter, there isn't anything you can do about it.

Though, I will remember that if they don't release for Linux, and I'm very picky when it comes to this kind of things when buying future games.

Quoting: TuxeeGot my Kickstarter funding back from them. Despite being complete pricks with their communication "policy" this worked without any hiccups and in a rather professional manner.

Going to consider doing that too.

Relevant thread, although it doesn’t contain any more information from Warhorse:
http://forum.kingdomcomerpg.com/t/no-linux-support-wtf-i-want-my-money-back/29753
0 Likes

Segata Sanshiro 12 Sep, 2016
View PC info
I consider this to be completely unacceptable. If you promise a platform, you should deliver it (no pun intended). One thing is developers going back on a port (like The Witcher 3) another thing is taking money from people under a false pretence - that should be illegal but somehow the "Kickstarter is an investment and investments are risky" logic prevails.

If you promised all platforms then ensure you can go through with it. This means PLANNING a multi-platform game, not using middle ware which you know is incompatible with the platforms you TOOK MONEY FOR, etc.

EDIT: Actually, TW3 was a bad example since people may have pre-ordered it expecting Linux. My bad, that's just as disgusting and irresponsible.

I disagree. Doesn't look like too many are doing this. Some are, but in my experience, majority are keeping their promises (I'm talking about crowdfunding).

Also, I suppose as engines on Linux mature, this will be less of an issue in the future.

QuoteIt's yet another reminder to not pre-order or crowdfund games. Just stop already. Too many developers just don't plan for cross-platform development because Windows is the main thing that's in their minds.

My personal approach is that I -do- pre-order or crowdfund games if the studio already managed to successfully release at least one Linux game OR can otherwise demonstrate me sufficient Linux affinity. In that case I assume they know what they are doing and aren't stupid enough to use Windows-only middleware for a cross-platform project, just to be surprised later on that the thing somehow doesn't run on Linux.

However, I would indeed never preorder from a studio without a proven Linux track record. That's indeed a lesson learned. But there are plenty of publishers/studios who have shown they can do it (e.g. Paradox)
0 Likes
1/3»
While you're here, please consider supporting GamingOnLinux on: