A Linux version of Heretic-inspired FPS 'AMID EVIL' is planned

Good news for fans of brutal FPS games, as the developer of Heretic-inspired AMID EVIL [Steam] has said they have plans for a Linux version.

Coming across it today, I decided to ask on their official Steam forum about the possibility of Linux support. Thinking we might get the usual "we're thinking on it" response, instead I got a much more solid and clear "It's planned!" (source). They also said "Sometime post launch. No timeframe yet unfortunately", so we still have a bit of a wait, but fantastic to know it's coming.

Here's a look at the "Hordes of Evil" Endless Mode that will be available, it gives you a good idea of the gameplay: 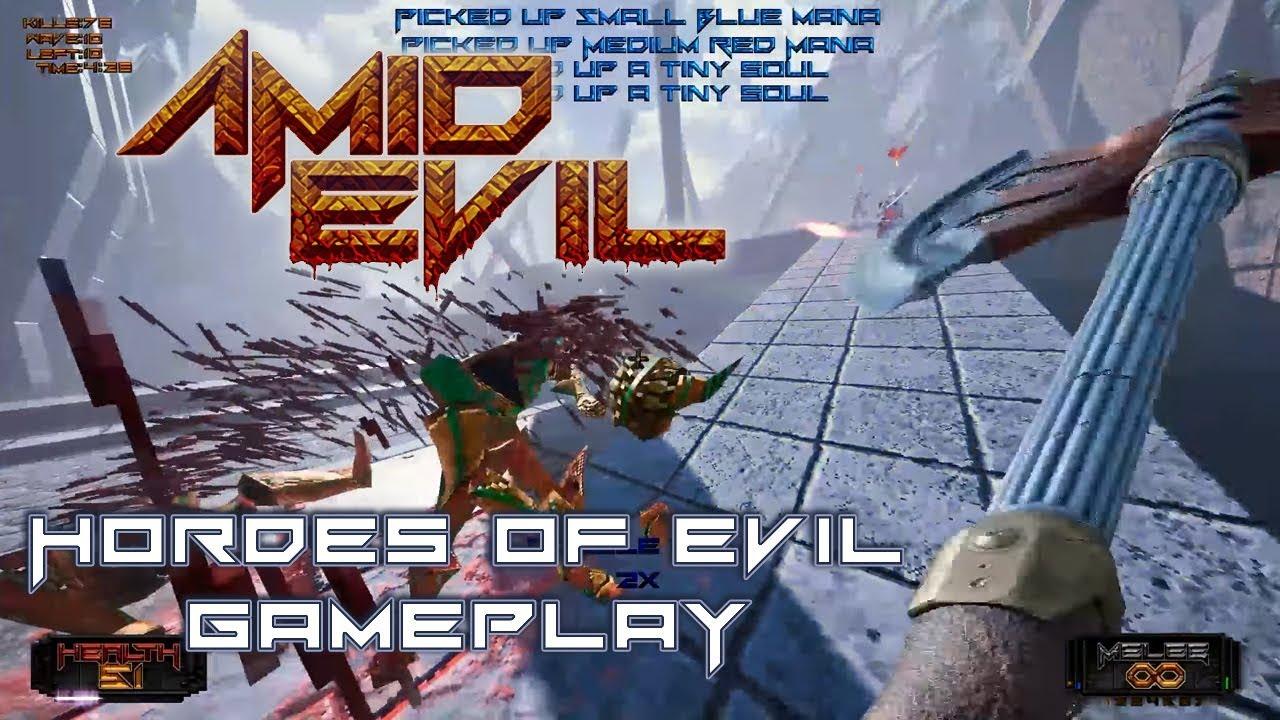 It's funny really, they're extremely open about how much they love Heretic, with their Steam FAQ post having this in it:

Is this basically Heretic UE4?

Will keep you updated when we hear more about the Linux release. Lovely to see more FPS games on their way!

The game play looks like it'll respond well (Thumbs up from me). But, I'm not so impressed by the character animations and models, and the visuals could be nicer. The problem is... getting beautiful visuals takes money (artists, designers, coders, animators all want to be paid for their efforts). I'm keen to play games which look fantastic *and* play well.

Also, the game play shown is playing very like an arena, so you are basically in a big deathmatch with waves of monsters, rather than exploring levels. Again it's okay, but for me it detracts from the game.
1 Likes, Who?

Quoting: g000hAlso, the game play shown is playing very like an arena, so you are basically in a big deathmatch with waves of monsters, rather than exploring levels. Again it's okay, but for me it detracts from the game.

That's just the endless mode, it seems it will also have a single-player campaign of sorts.
2 Likes, Who?

Quoting: GuestI swear this had a demo for Linux

Apocryph did have a build.
1 Likes, Who?

View PC info
Well another proprietary game on a proprietary platform with most type DRM and last but not least advertising proprietary tools like "Discord"! Thanks but no. :D
0 Likes

nate 8 Mar, 2018
View PC info
Awesome. I played a lot of Heretic/Hexen back in the 1990s. I'll definitely be buying this if there is a native Linux version.
0 Likes

View PC info
Is it me , or is there a resurgence of 90's style FPS games this year ?
I already knew about 2 from GOL releasing this year.
Now we have that ION girl and this.
Is it officially a trend ?
1 Likes, Who?
While you're here, please consider supporting GamingOnLinux on: