A look at ‘Solaroids: Prologue’, an evolution of the classic Asteroids

By Liam Dawe - 12 June 2017 at 11:37 am UTC | Views: 4,768
Solaroids: Prologue [Steam, Official Site] has the same basic gameplay as the classic Asteroids with a focus on surviving as long as you can, while you face new threats as the game gets longer. 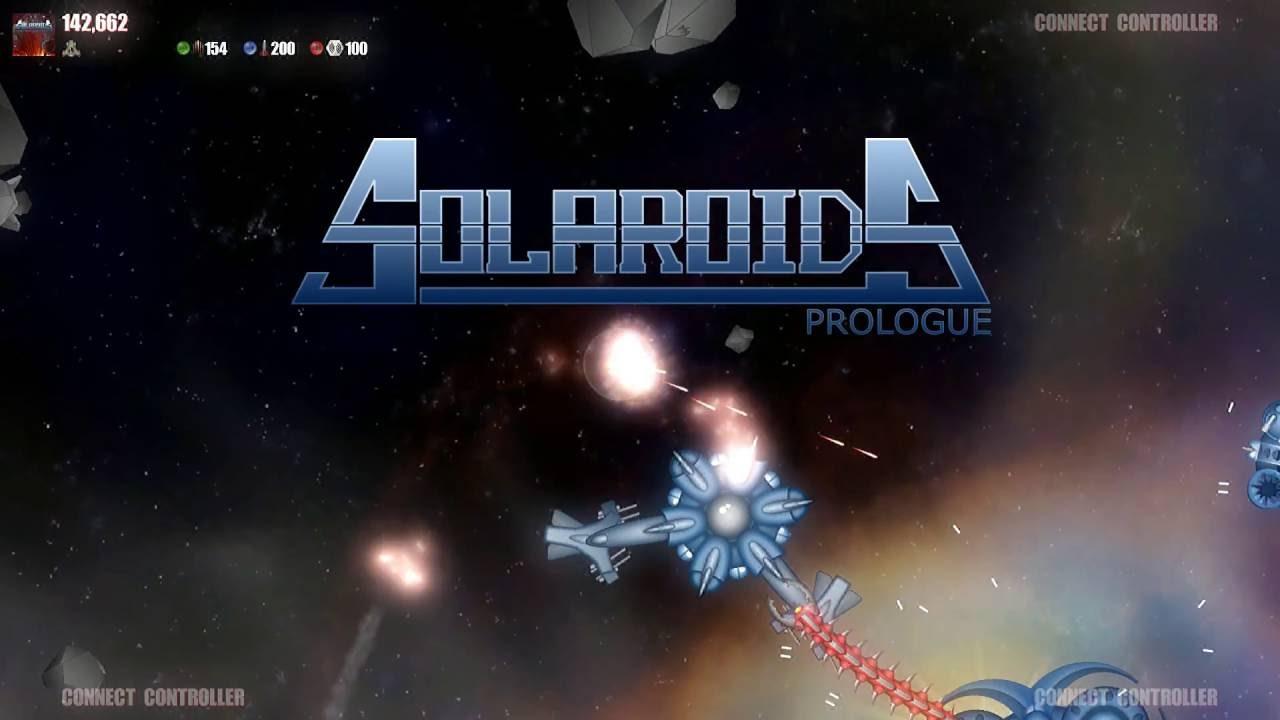 Anyone familiar with any Asteroids-like game will feel right at home, since it has all the basics there. A small speedy ship, asteroids to blow up for ammo, repairs and new weapons. Each level in the game brings new threats, new weapons and more.

My main problem with the game is the pacing, it’s really quite slow. It looks good and feels good, with tight responsive controls, but the actual pacing of the game feels a little dull. It took some time for interesting enemies to start rolling in. The first "level" really is fly around, blow up some rocks, collect some things and I just don't feel the excitement.

Not much to say on this one because it's essentially a wave-based shooter, in space, with a few upgrades. There's nothing fancy about it and I'm struggling to really get into it because it has such slow pacing, with nothing all that interesting going on.

For those of you who have a few friends over regularly, it could become more interesting since it has up to four player local co-op, so you can go blasting away with some friends.

A solid shooter with no issues during my time testing it. For those of you longing for an up to date version of Asteroids on Linux, it's a safe bet. For me though, it’s just not exciting at all. It doesn’t do masses different to a lot of other, much more interesting shooters. Article taken from GamingOnLinux.com.
Tags: Early Access, Indie Game, Retro, Review, Steam | Apps: Solaroids: Prologue
0 Likes
Share

View PC info
Anyone else get an error on the vid ?
0 Likes

Duckeenie 12 Jun, 2017
View PC info
Wish I changed so little over the last 35 years. We should at least be grateful that it looks better which is not something that could be said of me.
2 Likes, Who?
kiates 16 Jun, 2017
Liam, thanks for taking a look and for your honesty about the pacing. It is far from complete and this kind of direct feedback is what I am seeking to improve the experience. Mind you, it is not a twin stick shooter, and I have to be careful not to overwhelm the player, I also get comments that it is too hard for many. As such I may introduce two or more difficulty modes to cater to those that are already skilled "asteroids style" players while not alienating those potential budding pilots. You may try the current free play mode which unlocks all power ups and has formidable threats during and at the end of each round.

I have already started adjusting the ramp up of the default "campaign" mode to introduce some more threats earlier on. I think you just missed the updates before playing and there are many more to come. I have a lot of enemies planned, but as I am the sole developer and working part-time on the project it will take a bit.

I would love to find a cross platform audience that sees enough potential in Solaroids to engage with me in the Steam Community Hub to help guide its direction in early access and beyond.

Thank you again for giving it a go!
0 Likes
While you're here, please consider supporting GamingOnLinux on: