A look at Starward Rogue, a sci-fi shoot 'em up that mixes pretty bullet patterns with exploration

By BTRE - 29 January 2016 at 7:26 pm UTC | Views: 4,111
Arcen Games, makers of AI War and The Last Federation, have put out their latest game in a surprise release last week. In a deviation from their usual formula, they've chosen a more action-filled approach while still keeping some of their usual elements. I took a look to see if it's any good. 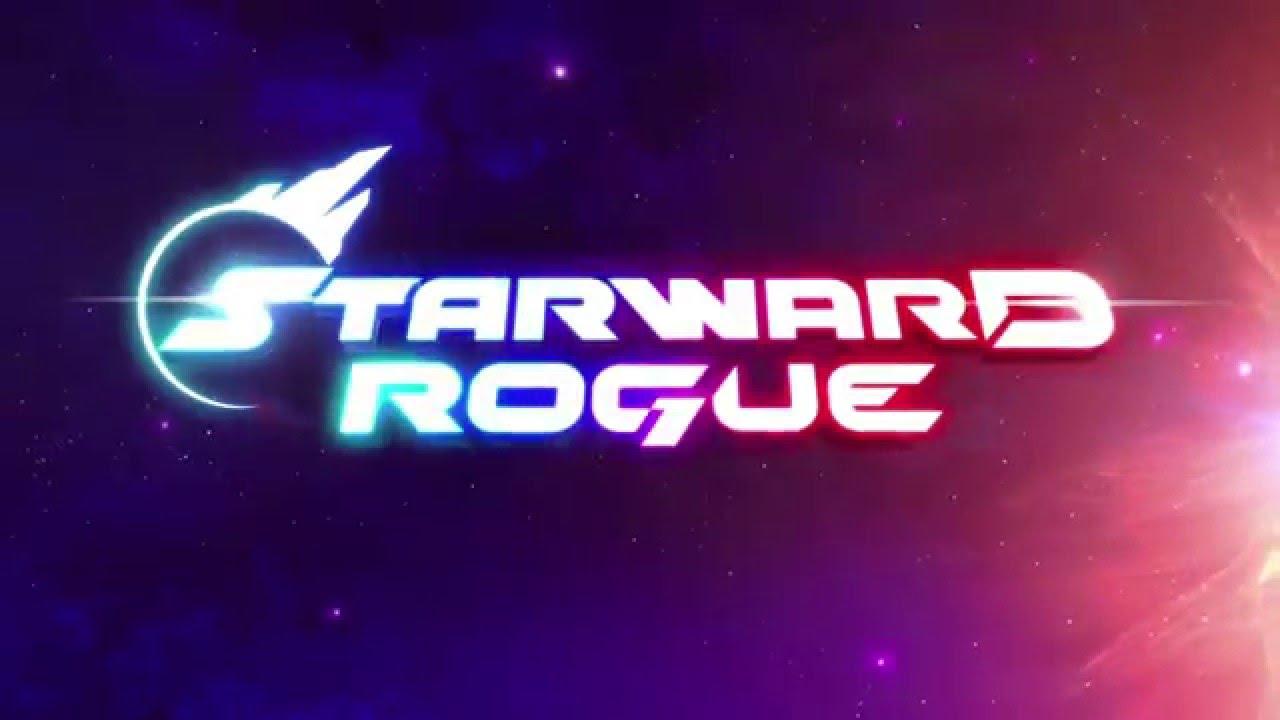 Starward Rogue is, at its most basic, a twin stick shooter. A twin stick shooter with randomized elements such as item drops, floor layouts and enemy encounters. It emphasizes action while marrying these so-called 'roguelite' elements into the gameplay. The most obvious comparison is the highly-successful Binding Of Isaac which contains many of the same elements. There is a similar concern with replayability with a large repertoire of abilities, powerups and secrets that can only be discovered doing multiple playthroughs. At face value it's easy to dismiss the game as basically Isaac just set in space and with less religious imagery and scatological humor. The differences in execution, however, are greater than that.

Perhaps the most unique aspect of the game is its core mechanic; both player and enemy shoot a lot of bullets that quickly fill up the screen. It's certainly reminiscent of The Last Federation and other games, save for the fact that the scale is smaller. The player controls a single mech that can't afford to soak up much damage. Dodging is key to survival and in that sense Starward Rogue has plenty in common with a bullet hell shoot 'em up. Likewise, each enemy has its own distinct form and bullet pattern. I found it fun to encounter these different types of enemies and to think on my feet whenever I encountered mixed groups that threatened to overwhelm me if I didn't pick and choose my targets carefully.

The main weapon has unlimited ammo and is generally what will be spammed the most. Each mech starts with its own secondary weapon that consumes energy and has a different bullet pattern. Along with any shields you might have, energy is restored traveling between rooms so it's more of a tactical limitation than a hard limit. Buying or finding new weapons and trying them out isn't too punishing as a result. The game encourages trying out different one-shot items and secondary weapons and after a while I got a good feel for the type of load out that I preferred.

Some of the other choices the player makes also affects the variety. From the start the player is asked to pick his preferred type of mech and that choice affects the subsequent playstyle of each run. These tradeoffs range from the classic firepower v mobility v range to more exotic such as depending more on buying items and buffs and, in once case, time not passing unless the player moves. Further specialization is possible every time the player gains enough experience to level up – the player has to make a choice between three different perks which can augment the particular mech's strengths or offset its weaknesses. It's nothing too exciting at face value but stack enough bonuses after a few levels and the game basically encourages you to play in the particular style you've chosen.

The various rooms the player has to go through to explore and try to reach the exit are sufficiently varied. In addition to almost always containing enemies (save for item shops), there may be other features that spawn including teleporter pads, cover, blocks that can be blown up, one way movement sections and various hazards that add to both the challenge and variety of the game. Most hazards deactivate as soon as all mobile enemies are destroyed which drastically reduces the tedium of backtracking in order to explore in a different direction. In general, though you can understand the general template of rooms fairly quickly, the distribution of enemies and aforementioned random features make entering a new room feel fresh enough even after several hours of gameplay.

A standard run will probably take a player somewhere between an hour or two to complete. Most likely, you'll die before making it to the end. In my first ever game, I managed to make it to the final boss on standard difficulty only to die close to the end. Subsequent playthroughs saw me struggle to even make it back to the final boss and, when I finally beat the boss, it felt like a real accomplishment. That's the beauty of the game in a nutshell. Every run is different and the difficulty nearly never feels truly unfair. My arrogance got me killed just as often as a tricky miniboss or room did.

My biggest single gripe with the game has to be the audiovisual components. The soundtrack is a generic electronic affair which is all too short and somewhat repetitive. For a game that is predicated on the assumption that you're going to be replaying it a fair chunk, a little variety goes a long way. It's the same with the enemies and backgrounds themselves – they do a competent job but aren't quite as pretty or shiny as could be. Of course, these are relatively minor complaints but I couldn't help but notice how dull the glimpses of space and the actual tilesets when compared to the dynamic and colorful bullet patterns. Don't get me wrong it's not outright ugly but I suppose that a little more effort on that front would make the game more appealing.

There are no real technical issues with the game and it runs smoothly. I tried a few different gamepads including xinput ones and I had no issues rebinding and getting them detected by the game.

There have been patches since release that have added a few missing features and added obligatory post-launch polish and balance that's customary. It's my hope that the game will continue to get additional content to keep it fresh but given recent news about Arcen Games, this may be the company's swan song. It's a shame because not only have they been good about Linux support (barring a current issue with distribution with this game all their other titles are also DRM-free) but because I think they've nailed a rather sweet spot with this title. Previous games of theirs I felt got easily mired down with too many choices that didn't always have obvious consequences. By keeping the game focused mainly on shooting and surviving they've avoided that pitfall.

Overall, weighing the good and the bad, I'd have to say that the game does suffer from not being ambitious enough. It doesn't break new ground and the mix of roguelike/lite elements with exploration and action has been done before and done well. If you're looking for something fresh and unique, then this is not the game for you. It's an incremental improvement, an evolutionary combination of somewhat familiar elements albeit served up in an entertaining package. I had fun and will recommend the game to people who enjoy action and enjoy exploring and trying out different strategies. The replayability works to its favor and, since the engine is mod-friendly, user-generated content may continue to spice things up for a long time to come.