A look at Tinertia, a twin-stick rocket-jumping shooter for Linux

The developer of Tinertia [Steam] sent in some keys at user-request for us to take a look at this rather amusing twin-stick shooter.

I did have a few multi-monitor issues, where the game kept loads up on the secondary screen and crashes when trying to move the window. Luckily, KDE let’s me move it across to my primary screen while it’s in full-screen mode so that saved the day.

According to people who watched a livestream the developers did, they sold very few Linux copies. I'm not surprised though, as until I was told they would be emailing us keys I had never heard of them. It really does help to get in touch with us.

Check out a video of my utter failure: 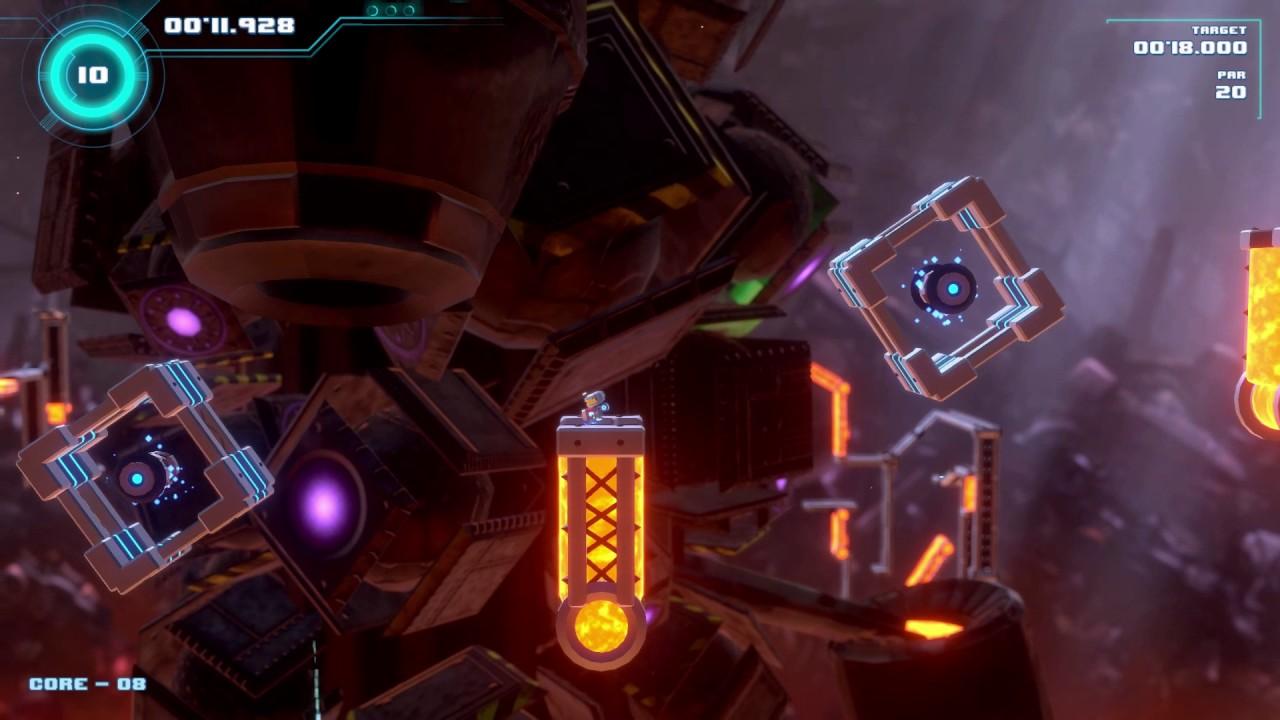 YouTube videos require cookies, you must accept their cookies to view. View cookie preferences.
Accept Cookies & Show   Direct Link
Once I settled to play on my secondary screen all was well and wow, it’s actually a really fun game. I’ve never had so much fun doing rocket jumps before, as that’s what it’s really all about. Your trusty rocket launcher isn’t just for blowing things up, it will propel you across obstacles and it’s hilarious.

With every section I complete I’m amazed at how good the design is for such a simple idea. It may sound easy just launching your character repeatedly across the screen, but it does get difficult. There’s been many failures, many triumphs and a lot of butt-clenching involved when I was sure I wasn’t going to make it.

I’ve been testing it with the Steam Controller myself and it is a bit twitchy with it, so you might need to do some adjustments to the right pad. It feels doesn’t quite feel precise enough for me, but it will do.

Even with the issues I faced, which are likely down to KDE windowing, I highly recommend it as it’s amazingly fun. It’s fast paced, full of rockets and something you should most definately check out. Article taken from GamingOnLinux.com.
Tags: Action, Indie Game, Initial Thoughts, Platformer, Steam, Video | Apps: Tinertia
5 Likes, Who?
We do often include affiliate links to earn us some pennies. We are currently affiliated with GOG, Humble Store and Paradox Interactive. See more here.
About the author - Liam Dawe

View PC info
Looks like this game has been out for a while. Never heard of it before but that really looks like fun.
0 Likes
NuSuey 10 Feb, 2017
I bought the game just to support these amazing devs, it's crazy how there are so many indie games that it's really hard to find those those gems amongst everything else.

What is also sad that according the Steamspy numbers they sold ~ 3.000 copies (which the devs confirmed during their livestream) and from that numbers only 9 copies were sold on linux see this twitch livestream clip from their livestream.
0 Likes

M@GOid 10 Feb, 2017
View PC info
Never heard of this game too. Unfortunately (or not :-) ), Steam became too crowded for indie developers, so now is easy to not see good games like this one and stumble on crappy ones in the front page.

Liam, the twin stick shooter is the genre I have most difficult in the Steam Controller. Is the only type of game where it became a handicap for me. I remember when you reviewed Rive and talked about how difficult it was, when I did not find it all that bad because I was using a conventional controller (the Xbox One).
0 Likes
no_information_here 10 Feb, 2017

Game comment: This has been on my wishlist, but it hasn't made it to the top yet. Thanks for the quick video, it looks like the hard-but-fair style I quite like.

KDE comment: I have only ever used KDE (4 & now 5) for gaming on linux and haven't encountered any real windowing problems. However, I only have a single monitor so there is a whole class of bugs I won't see. One thing I love is the ability to manually turn off compositing. Also, Plasma now does it automatically for more things.

Quoting: no_information_hereI still have no idea what the left touchpad on the Steam controller is actually any good for.

I use it very little too. But I heard some people saying they managed to ditch the analog stick and use the two touchpads exclusively.
1 Likes, Who?

Quoting: no_information_hereI still have no idea what the left touchpad on the Steam controller is actually any good for.

I use it very little too. But I heard some people saying they managed to ditch the analog stick and use the two touchpads exclusively.

I never used a controller before SC, and I find it utterly impossible to use the joysticks. My thumb slides over them, so if I'm going forward for a while, I have to stop and position my thumb on the stick again. With the left touch pad, I didn't even need to apply any force (to move the stick). And that's just for moving! Aiming is even worse with joystick. Also, it's faster to switch between left and right, because you don't need to draw a physical stick from left to right.

If you can't imagine how using the two touchpads work, imagine playing a "twin-stick" game on your smartphone. It's fundamentally the same thing.
0 Likes

M@GOid 11 Feb, 2017
View PC info
I envy you, because I'm not a fan of the Playstation stile position os the analog stick on the Steam Controller.
0 Likes

View PC info
And another one for the ever growing wishlist.
Looks pretty fun.
0 Likes

N30N 11 Feb, 2017
View PC info
I also never used the joystick on the steam controller (except for maybe some kinds of quick-chat functionality). I adore my Steam Controller and am surprised you guys are having issues.

Regarding Tinertia, the gameplay in the trailer makes it look more appealing than Liam's attempt. :)
View video on youtube.com
0 Likes

Quoting: N30NRegarding Tinertia, the gameplay in the trailer makes it look more appealing than Liam's attempt. :)

Videos of my failure are meant to be a bit of fun, of course professional trailers will be different.
0 Likes
1/2»
While you're here, please consider supporting GamingOnLinux on: