According to sources in their "Stream Team" it will release on Monday and the changelog is utterly insane.

Here's some highlights:
They have a new distant location rendering system, which will render low-polygon versions of what you see in the distance. This makes it easier to find things in the distance, makes the world feel bigger and actually looks reasonably good.

They've added tons of new locations including: 4 new skyscrapers, houses, firestations and plenty more. The world will end up having a lot more variety thanks to this.

Zombie spawning has been massively improved to be much more dynamic, so you would get utility worker zombies in a maintenance area and businessmen zombies would spawn in offices. Zombies also spawn in different locations each time now, giving each new game a different experience.

The game now has a completely functional electricity system with a wiring tool, power sources, lights, switches, triggers, traps and more. So you can be even more inventive with your defences.

You can see some gameplay of Alpha 16 to see what's to come below: 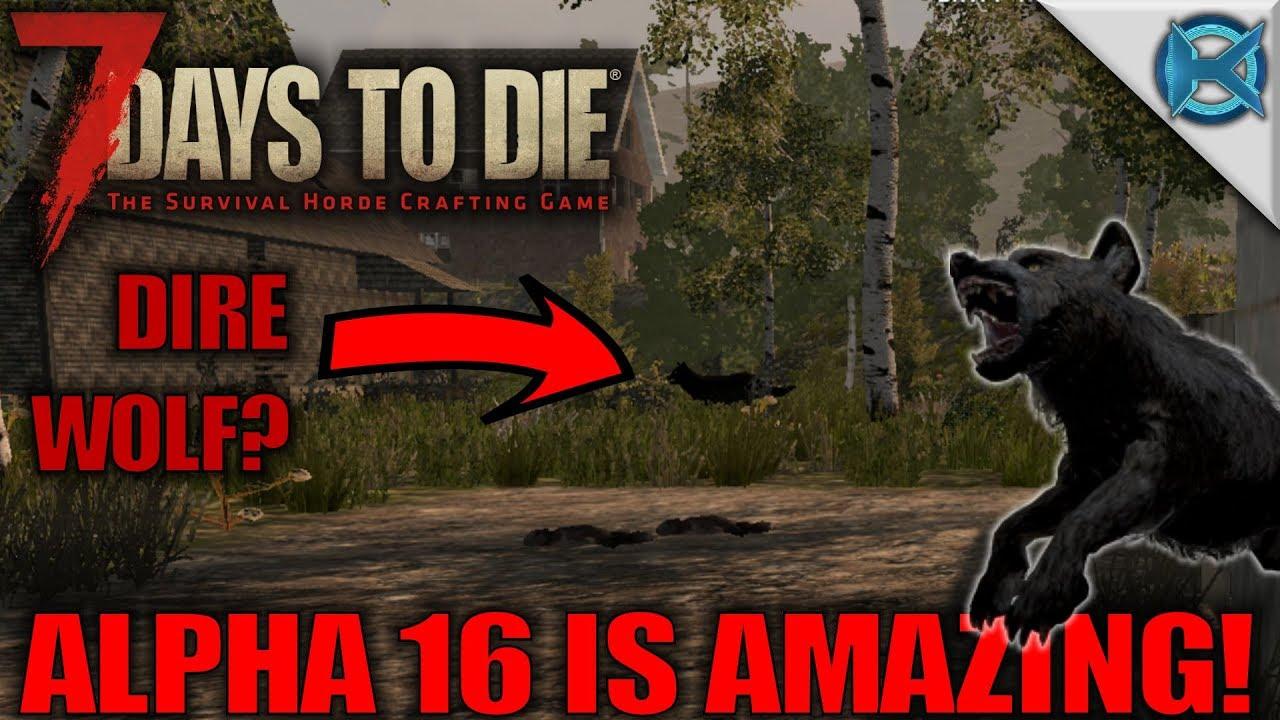 YouTube videos require cookies, you must accept their cookies to view. View cookie preferences.
Accept Cookies & Show   Direct Link
I just hope that this time around, that the Linux version has seen some actual testing. As they've broken it a few times for Linux gamers now. Article taken from GamingOnLinux.com.
Tags: Sandbox, Survival, Zombies | Apps: 7 Days to Die
7 Likes
Share

View PC info
Thus game is easily the best coop game on Linux today. It's fantastic fun with a group of friends and a persistent and fully alterable world. It scratches my mmorpg itch until a proper pve mmorpg comes our way.

One of the biggest news for me personally in this patch is the ability to paint surfaces. I love personalization of stuff in games, and building stuff in this game is probably what I spend most time doing.

If you are like me and love exploring and making stuff I can't recommend this game enough - especially if you got some regular buddies to play with.
0 Likes

View PC info
One of the Best Survival games for linux for sure - content wise... ARK has more content but the client is buggy, thisone is less bugged. Rust is good also and the rest of the survival First person games are pretty bad content wise.
0 Likes

View PC info
Wow. I just finished reading the changelog, line by line. It took around twenty minutes. Liam didn't exaggerate when he said it was "massive."

I've had this game since --- what? alpha 8? alpha 9? --- and it has gotten better and smoother with each iteration. It has also had this or that killjoy issue in each iteration as well. A friend and I played a bit in early alpha 15 but stopped because storage chests would randomly become irreversibly locked each session, and we'd lose our inventory, lol. Ah well, the peccadilloes of an alpha release.

The only thing about this game that has continuously irked the ever loving crap out of me is the bizarre material strength system that allow zombies to smash through both dirt and reinforced concrete in a ludicrously and similarly short amount of time. I can smash in the skull of a zombie with a couple of whacks with a wooden baseball bat, yet that same zombies flesh is durable enough to take out a half-meter thick concrete wall. The inconsistency breaks the world-logic and is distracting. Let the zombies inflict damage on themselves as they inflict damage on materials, and give all the materials a broader durability spectrum. Sure, zombies hammering on a stone wall can damage it, but it should take weeks, not hours.

And I shouldn't have spewed all that here. Sorry friends. :P

View PC info
I have been playing the most recent Early Access Alpha for a couple of months, and really enjoying it. About a month ago, I wrote a review in the comments. In case you're interested:

Also, since that review, I've played another 100 hours and still enjoying it.

Very interested in how the new update will play. I guess it will need a brand new play-through if it is a modified map.
0 Likes

View PC info
I tried the other day to install a docker image and get a server running, but then got annoyed with docker and ended up with a docker of Minecraft instead.... though I think I'd rather play this.

Is the Linux client broken?
0 Likes

View PC info
I haven't tried it yet, but the A16 experimental is now available.

Instructions:
1. Open Steam
2. Right click ‘7 Days to Die’ and select properties
3. Select the ‘BETAS’ Tab
4. Under ‘Select the beta you would like to opt into’ choose latest_experimental

I'll report back if there are any breakages. Hopefully not.

[Edit: I played 30 minutes, new game, in a desert. Distant water is purple, but otherwise it's working perfectly.]

Ardje 11 Jun, 2017
View PC info
I tried it a few times a few years ago. I actually gave up, as it was either starve to death or get bitten. Compared to Ark at it's early stages, ark definitely ruled as it had a lot to survive in the early stages. Maybe I should try again in a few months. At least what I have seen on steam broadcast is so much better than it used to be.
I love it when "EA" really works out.
0 Likes

View PC info
Experimental veresion is out, there's some issues:

Floating Terrain Issues
Mouse control issues
Hunted Status not working properly
Vultures falling through the world when shot out of the air
Lower wood harvesting amounts with no overkill bonus for your Day 1 stone axe is intended. It's not a bug.
Pigs are legacy. No reports for them are needed.
Clipping issues with bears, wolves, and spider zombies
Ability to select locked textures


https://steamcommunity.com/linkfilter/?url=https://7daystodie.com/forums/showthread.php?63953-Alpha-16-Experimental-B105-is-out!
0 Likes
1/2»
While you're here, please consider supporting GamingOnLinux on: