A montage of an intense ranked 1on1 battle I did in Rocket League, amazing

It was a really good match up! We both did a couple of fails, especially when I decided to see what he would do at the start one time and the ball literally sailed into my goal, as I watched in horror at my foolish decision.

This is one of the most intense gaming experiences I think I've ever had, it really does bring out the competitive side of me.

Check it out (I lost, of course, but I put up a good fight): 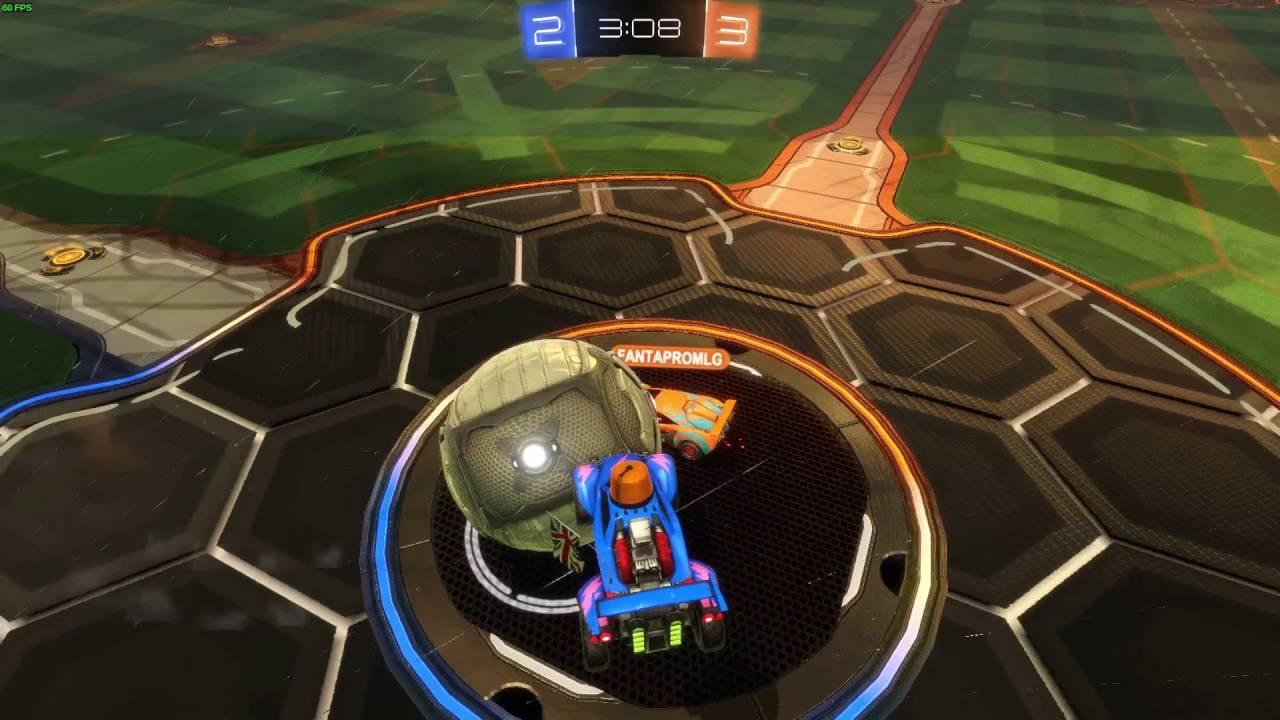 YouTube videos require cookies, you must accept their cookies to view. View cookie preferences.
Accept Cookies & Show   Direct Link
It's a shame replays don't show the text between two players, as the opposing player was rather annoyed when I equalised the goals to push it into extra time.

I've done a few other ranked games and actually won some, every ranked game I play feels incredible tense. The last game to make me feel so tense was Dota 2, but the community is terrible in that game. So far, the community in Rocket League seem great. This is likely my new go-to game for when I feel the need to be competitive in something.

I simply love how easy the game is to get into, but it will take me a long time to master it that's for sure. Constantly going to fast seems to be my key problem right now, due to it being in cars I have to get out of the mindset of powering around as fast as I can.

The game feels like it does literally everything right in gameplay terms, I don't have a bad thing to say about that side of it. A few more arenas would be nice, especially for the hoops mode, but I am sure they will trickle down in a future free update.

If you haven't picked it up already, I highly recommend it. Find Rocket League on Steam. A truly exciting game!

Just be aware it will crash to the desktop quite often, as it did during our livestream last night. The developers are aware of it, so hopefully it won't take too long to fix it. Article taken from GamingOnLinux.com.
Tags: Action, Sports, Steam, Video
0 Likes
Share

We do often include affiliate links to earn us some pennies. We are currently affiliated with GOG and Humble Store. See more here.
About the author - Liam Dawe
I am the owner of GamingOnLinux. After discovering Linux back in the days of Mandrake in 2003, I constantly came back to check on the progress of Linux until Ubuntu appeared on the scene and it helped me to really love it. You can reach me easily by emailing GamingOnLinux directly.
See more from me
Some you may have missed, popular articles from the last month:
The comments on this article are closed.
11 comments
Page: 1/2»
mcphail 10 Sep, 2016
Ha! Reminds me of one of my favourite games.
1 Likes, Who?

Eike 10 Sep, 2016
View PC info
I was the one to try builtin voice chat yesterday.
Are address and credentials of your mumble server (semi) public?
Will you host matches this evening? :o)
0 Likes

Quoting: mcphailHa! Reminds me of one of my favourite games.

niarbeht 10 Sep, 2016
View PC info
I thought you Euro-people were supposed to be good at soccer?

View PC info
This game is just such a fantastic concept. Easy to play, hard to master.
0 Likes

Quoting: niarbehtI thought you Euro-people were supposed to be good at soccer?

And we call it football, because you use foot to kick the ball. I have no idea why you call this rugby like game with this term...
2 Likes, Who?

View PC info
A tip to help you out: You can use the X button(or Square on a PlayStation controller) to drift. Drifting is extremely useful for quickly positioning yourself and would have saved you on multiple occasions in that match.

Also, doing front flips can help get you across the map faster without boosting.

Quoting: mcphailHa! Reminds me of one of my favourite games.

And here's the version I used to play on the Amiga - Projectyle:
https://youtu.be/LkgtDkAI8Lk?t=21m36s

Less tactical, because the fire button always rammed you towards the puck, but you could move around to line things up (if the other players let you!). Played hours of that with my two mates. Not many three-player party games out there, but this was classic.

That was one of those squeaky arse, sweating everywhere moments.